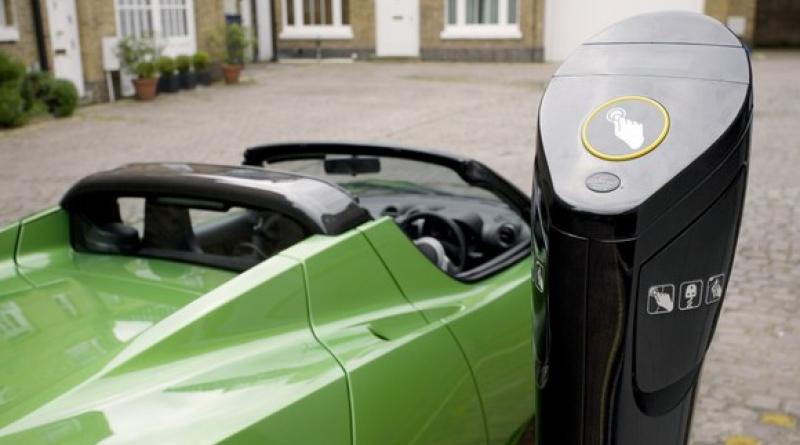 Confirming BusinessGreen reports last week that it had made an approach for Pod Point, EDF today said it had finalised the deal to acquire a majority stake in the UK company for an undisclosed fee, although the sum is thought to be worth in the region of £110m.

The acquisition forms part of EDF Group's plan to become the leading energy company for electric mobility in the UK, France, Italy, and Belgium, and means it now has access to Pod Point's network of EV charging infrastructure across the UK and Norway.

The deal has also seen Legal & General Capital up its existing stake in Pod Point from 13 per cent to 23 per cent, although EDF now holds the controlling majority stake.

Founded in 2009, Pod Point has grown to become one of the UK's largest EV infrastructure firms, having rolled out 62,000 charge points in the UK and a further 6,600 in Norway. The network includes home charge points as well as larger corporate bays for firms such as Tesco, Lidl, and Legal & General.

EDF said the acquisition would enable it to team up Pod Point's charge points with its electricity tariff 'Go Electric', which is specifically tailored to enable customers to lease an EV while benefitting from off-peak power use.

As a result, it said in future its customers would be able to schedule their EV charging and benefit from cheaper electricity to power up their vehicle at times when electricity costs are lower and there is less demand on the grid.

"With the addition of charge points, we can help our customers to reduce their carbon footprints and benefit from lower fuel costs by going electric," he explained. "The additional electricity demand from EVs will require urgent investment in low carbon generation from renewables and nuclear."

EDF Energy owns and operates a raft of energy assets in the UK, including a gas and coal power station and several wind farms, in addition to developing Hinkley Point C nuclear power station in Somerset in partnership with China's CGN.

The firm made its first foray into the EV charging and battery storage market late last year when it acquired Pivot Power, which is currently working on plans to install grid scale batteries totalling up to 2GW of capacity alongside a raft of fast charging stations right across the UK.

Pod Point CEO and founder Erik Fairbairn said the deal marked "an incredibly exciting next chapter" for the company. "We set out in 2009 with the vision that travel shouldn't damage the earth and a mission to put a charge point everywhere you park," he said. "By joining up with EDF we can take things to the next level and accelerate our national roll out of charging points and make it even easier for drivers across the UK to go electric."

EDF, which is majority owned by the French state, is far from the first energy giant to wade into the electric transport market. Last summer rival French utility ENGIE snapped up UK EV infrastructure specialist ChargePoint Services for an undisclosed sum, while oil giant Shell bought Dutch EV charging firm NewMotion in 2017 and BP acquired the Chargemaster network in the UK for £130m in 2018.