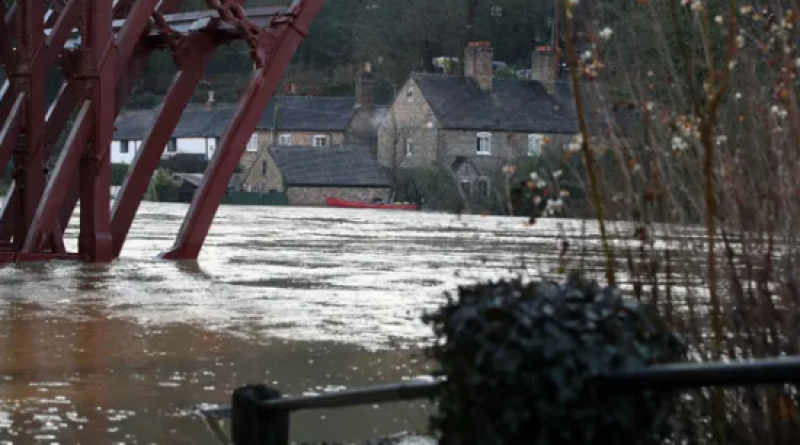 The climate emergency is already hitting “worst case scenario” levels that if left unchecked will lead to the collapse of ecosystems, with dire consequences for humanity, according to the chief executive of the Environment Agency.

Warning that this is not “science fiction”, Sir James Bevan said on Tuesday that in recent years several of the “reasonable worst case scenarios” had happened in the UK, with more extreme weather and flooding. And he urged politicians to take action to reduce emissions and adapt to the “inevitable” impacts of the climate emergency.

“Much higher sea levels will take out most of the world’s cities, displace millions, and make much of the rest of our land surface uninhabitable or unusable,” Bevan told the annual conference of the Association of British Insurers. “Much more extreme weather will kill more people through drought, flooding, wildfires and heatwaves than most wars have.

“The net effects will collapse ecosystems, slash crop yields, take out the infrastructure that our civilisation depends on, and destroy the basis of the modern economy and modern society.

“If [this] sounds like science fiction let me tell you something you need to know. This is that over the last few years the reasonable worst case for several of the flood incidents the EA has responded to has actually happened, and it’s getting larger.

“That is why our thinking needs to change faster than the climate. And why our response needs to match the scale of the challenge.”

Bevan’s dire warning comes nine months ahead of the Cop26 climate change conference in Glasgow, where the UK will host delegates and climate experts from around the world, aiming to drive action on adapting to the impacts of the climate crisis, reduce emissions and protect and restore nature.

Bevan said that what had happened in the UK in the past few years should serve as a clear warning about the course the world was on.

The stark intervention comes amid concern about the government’s efforts to tackle the climate emergency ahead of Cop26. Its flagship programme for a green recovery is in turmoil and it has come under renewed pressure after refusing to withdraw support for a new coalmine in Cumbria.

Bevan said it was time the government – and the public – put the same effort into tackling the “unseen pandemic” of the climate emergency that they had into the fight against the Covid crisis.