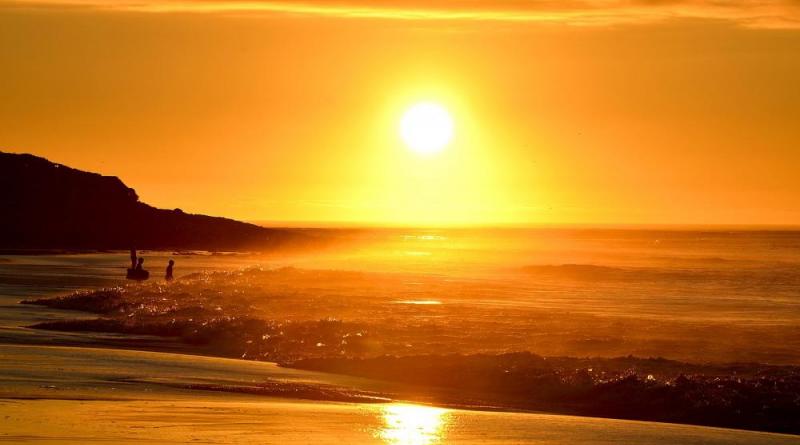 'We believe in including women in the creation of policies and strategies around environmental protection including disaster response.'

Global warming isn’t simply going to destroy our communities – it is also going to be a serious intensifier of violence against women and girls.

I grew up in an environment that normalised the oppression of women. I only realised later in life that I, like so many black women in my country, fell into the demographic that unfortunately suffers the most – because the reality is that global capitalism has placed women, especially black women, at the bottom of the economic system.

Climate breakdown is a direct product of the patriarchal capitalist economic model, which is built on the destruction and exploitation of human and natural resources. The oppression of women through control of women’s bodies, minds, and labour is part and parcel of this system.

As Africa still bears the horrifying scars of gender-based violence, alongside Covid-19, climate change has placed African women in the eye of the storm.

Gender-based violence continues to dominate the news. It seems difficult to add the weight of forced marriage and climate change to the daily horrors of violence against women and girls.

When I was growing up, child brides were a norm in my community. It was a tradition for older men to marry young girls. Often the phrase “women mature faster than men” was used to justify the tradition.

This practice is called ukuthwala/ Ho shobediswa. The act involves a man abducting a girl or young woman for the purposes of conducting a forced marriage.

This is something that happened to my friend. She was only 12 years old when she got married against her will. She told me that she was sent to get married “because of a shortage of food in the house.” Her parents used to have a small piece of land, but floods wiped out their harvest.

My friend tried to negotiate, to tell her parents that she wasn't ready, but they told her that it had to be done because it would save the family from poverty.

As climate breakdown intensifies, more girls are being married young. Many families are struggling to afford to feed and house their own children.

Climate change is recognised by researchers as a serious intensifier of gender-based violence. More especially in Africa, climate change-induced crises have also been shown to worsen domestic violence, whether in relation to sexual and reproductive health, or discrimination against indigenous women.

As environmental degradation and stress on ecosystems increases, that, in turn, creates scarcity and stress on people. Also, human trafficking rises in areas where the natural environment is under stress.

A study by Save the Children, the charity, showed that 420 million children – nearly one-fifth of children worldwide – live in conflict areas. Many millions of these are girls at risk of exploitation and human trafficking. Climate change exacerbates many of these conflicts.

According to Brides of the Sun, an independent investigative project funded by the European Journalism Centre, after Cyclone Idai hit Malawi in March last year, about 1.5 million girls were put at risk of getting married before adulthood because of climate change.

A World Meteorological Organisation report recognised Cyclone Idai as an impact of climate change. In Malawi, after Cyclone Idai, there was an alarming increase in child brides recorded. While marriage before age 18 was outlawed in Malawi last year, nearly 50 per cent of girls in the country got married earlier.

This is simply a survival strategy for most families: to get rid of their young girls through early marriage to relieve the pressure on families, and also to generate income.

This is a lived reality for the majority of young women in the global south. Malawi and South Africa are not is the only places where minors are being married against their will to help their families survive climate disasters.

In Ethiopia and South Sudan, too, young girls are also being sold off into marriage during extreme droughts, in exchange for cattle.

Violence against women is not limited to developing countries. Research conducted into natural disasters, such as bushfires and droughts, in one developed country, found that they have increased the risk of domestic violence in rural regions.

One of the reasons for this is the social and psychological pressure arising from the loss of income resulting from the growing impact of climate change on the agricultural sector.

Currently, Africa’s rate of sexual violence is among the highest in the world. Women, girls, LGBTQI (lesbian, gay, bisexual, transgender, queer and intersex), and gender-non-conforming people were among the hardest hit in the climate change fallout.

These groups are facing increased sexual violence, unsafe labour, and an inability to reach medical centres.

We are living in times where sexual violence is used as a weapon of war against women and young girls, especially when climate-related disasters occur.

Let's just look at what has been happening in Democratic Republic of Congo, as a result of civil war.

Women and girls were held as sexual slaves for up to 18 months, often subjected to repeated rape by multiple men. Girls as young as 12 years suffered physical injury and illness, including HIV, because of rape, as well as the loss of livelihoods and access to education.

This is a clear indication of what would soon be our lived reality globally because of climate change.

Climate action is an essential component in the ongoing fight to eliminate violence against women and girls. We need greater involvement of women in climate action, by putting an emphasis on gender exclusivity in the policymaking process.

Unfortunately the best policy ideas in the world are not worth much if we don’t have activists fighting for change.

We play a very critical role, not only in educating communities about climate change, but also in holding government and companies accountable, in response to the climate crisis, by organising community awareness campaigns, protests, marches and pickets.

When women have secure rights and land access, they utilise resources sustainably.

We need to ensure female involvement, including indigenous women and grassroots groups, in climate change negotiations and resource management.

We rally behind policies that recognise gender-sensitive impacts, provide women with access to resources, and give them opportunities to participate in mitigation and adaptation processes.

Our community campaigns ensures that communities understand why it is important to make key decision-makers understand how environmental degradation and climate change affect women differently than men.

We believe in including women in the creation of policies and strategies around environmental protection including disaster response; building resilience; securing land and inheritance rights, food, and resources; and ending poverty.

Patriarchal capitalism has undeniably brought us climate change inequalities and injustices. The fight against climate change should, therefore, be an anti-capitalist fight, and a feminist one, for that matter.

TWRE: Turkish Women in Renewables and Energy - Enablers of Gender Equality in Energy Transition of Turkey.

Desalinating seawater sounds easy, but there are cheaper and more sustainable ways to…

Electric planes are coming: Short-hop regional flights could be running on batteries in a…