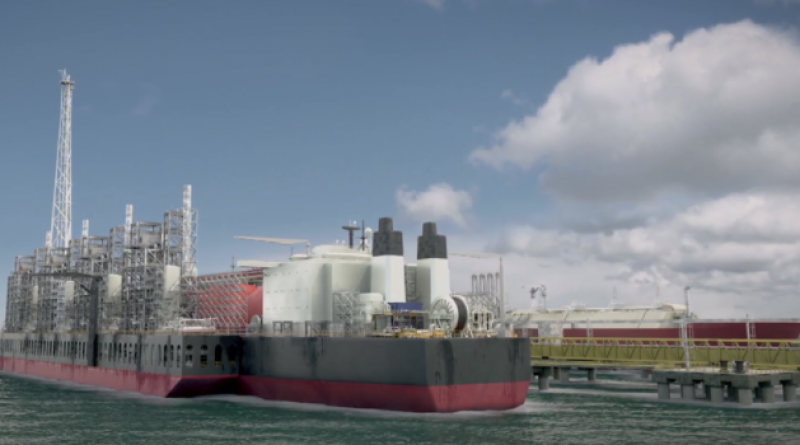 BP is planning to drill for fossil gas on the edge of the world’s largest cold-water coral reef – raising the risk of biodiversity loss, further global heating and toxic fuel spills.

The British oil giant has begun construction work on a fossil fuel project close by to the 580km-long coral ecosystem off the coast of west Africa, which is in an area crucial for migrating waterbirds, as well as threatened sharks, turtles and whales, according to an investigation by Unearthed and SourceMaterial shared with The Independent.

The project is the “first step” in a series of developments in the region that, if approved, aim to produce around 40 trillion cubic feet of gas over the next 30 years, according to an independent estimate from Rystad Energy, a research firm.

When burned, this amount of gas would produce 2.2 billion tonnes of CO2 – nearly twice the annual energy emissions of the entire African continent. In global terms, it equates to between 0.3 and 1 per cent of the remaining global “carbon budget” left to keep the global temperature rise to 1.5C above pre-industrial levels.

A BP spokesperson said they were unable to comment on Rystad’s projection, and declined to provide their own forecast.

BP has previously promised to slash its emissions to net zero by 2050 and to cut its oil and gas production by 40 per cent within a decade. The oil firm is also a partner of Prince Charles’s Terra Carta initiative, which aims to “bring prosperity into harmony with nature”.

Last month, a major assessment from the world’s energy watchdog, the International Energy Agency, said there can be no further fossil fuel expansion in any country beyond 2021 if global climate goals are to be met.

Any future oil or gas drilling will “ultimately undermine our livelihoods and development,” he told The Independent.

“We can’t excuse a company like BP, at a time when it seems to be taking climate change more seriously, simultaneously bankrolling a project that may end up having a big impact on Africa’s carbon footprint and future.”

The Independent’s Stop Fuelling the Climate Crisis campaign is shining a light on UK support for fossil fuels ahead of Cop26, a major climate summit being held in Glasgow in November.

BP’s Greater Tortue Ahmeyim project will develop a new gas field 2.7km below the surface of the Atlantic Ocean off the coast of Senegal and Mauritania. Such a deep drilling project has never been attempted before in Africa, but previous research shows deep sea gas production can cause long-lasting damage to fragile ecosystems such as coral reefs.

The first 20-year phase of the project has already been approved, with drilling expected to produce gas in two years’ time. It is one of BP’s three developments in the pipeline for the west Africa region, where it hopes to operate for at least 30 years if it is able to obtain approval.

An environmental and social impact assessment (ESIA) carried out for the project, seen by The Independent, Unearthed and SourceMaterial, states that an eruption of a well used in the production process could lead to a spill of condensate, a liquid byproduct of natural gas.

Though it says the chances of a spill occurring are “extremely rare”, it warns that any such event could prove lethal or damaging to the unique ecosystems surrounding the project site, according to the assessment.

The area chosen for the project is close to key sites along the east Atlantic flyway, a major migration route for millions of birds travelling between the bottom of Africa and the Arctic. Birds using the route include Eurasian spoonbills, grey plovers and red knots.

The gas project is also just 5km away from Diawling National Park, which hosts 250 different bird species as well as monkeys, warthogs and monitor lizards. It is a similar distance away from the marine protected area of Saint-Louis, a key site for local fishing and feeding whales and dolphins.

Without careful management, BP’s construction and drilling operations could threaten these important wildlife hotspots and the livelihoods of local fishing communities, Sandra Kloff, a consultant marine biologist who has worked in the region for 25 years, told The Independent.

She added that the wildlife in the region already faces large threats from overfishing by international companies.

“Since the 1980s, it has been a total wild west for biodiversity off this northwest African coast despite scientific proof that this region is the most important feeding area for charismatic wildlife in the Atlantic Ocean – and in spite of the fact that these waters are home to the longest cold water coral mounds,” she told The Independent.

BP has previously pledged to reduce harm to biodiversity by committing to not establishing new oil and gas operations in Unesco world heritage sites or in nature reserves that meet a set of specific criteria. Its Greater Tortue Ahmeyim project does not contravene these rules.

“More fossil fuel production is only going to expose communities to more harm, undermining the renewable energy investment which can effectively lift millions of people out of poverty,” she told The Independent.

“By adopting renewable energy instead of fossil fuels, African countries have the opportunity to leapfrog dirty energy to meet their energy security needs, with massive potential benefits for the population.”

The spokesperson added that BP was currently developing an additional biodiversity action plan for the project alongside “scientists and other stakeholders”.

“This will integrate the latest scientific data and allow us to identify and implement appropriate biodiversity-related mitigation and management measures for the project,” the spokesperson said.

“We are working to set up an independent scientific panel of national and international scientists for peer review of our plans.”

They added that emissions from the first phase of the Greater Tortue Ahmeyim project will be included in BP’s climate targets.

“Emissions from any further projects that were approved and developed would also be included as and when they began operation,” the spokesperson said.