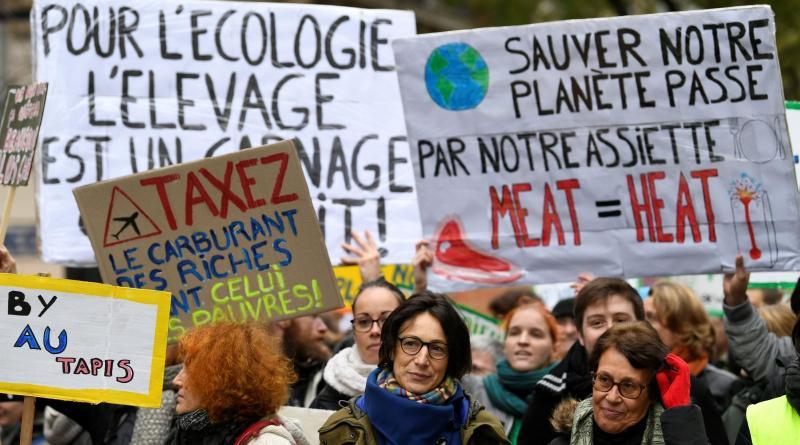 More than 1.7 million people have signed a petition in favor of suing the French government, accusing it of inaction on climate change.

Marie Toussaint, president of Notre Affaire à Tous (In Our Common Interest), says the coalition is determined to get its day in court. “It would take a lot for us not to go to court, and we are actually determined to go all the way and win,” she told Quartz.

The petition’s success, which the four organizations have called ”unprecedented,” is a sign of growing anxiety in France and elsewhere over the rapidly increasing pace of climate change. It is also the latest example of citizens using legal systems to try to force governments to keep their environmental promises.

An environmental crisis in France

This has been the hottest year on record (link in French) in France’s history. And according to recent studies, pollution kills as many as48,000 people every year (link in French).

President Emmanuel Macron pledged to do more to combat global warming than previous governments. Activists say he has not delivered. Nicholas Hulot, Macron’s ex-ecology minister and founder of Fondation pour la Nature et l’Homme (Foundation for Nature and Man), one of the four NGOs suing the French government, quit on live radio in August because he said he could not stand to watch the planet get “relegated to the status of last priorities.” And France has consistently fallen short (link in French) of the environmental commitments it made after the Paris Climate Conference.

Recently, Macron’s government tried to implement an increased carbon tax to limit fossil fuels used in cars. But the resulting backlash from a group of populist protesters known as “yellow vests” has led to billions of euros in damages, hundreds of arrests, and the deaths of at least four people (link in French).

Some within the government have said these kinds of demonstrations discourage political action on climate change. But Toussaint believes the movement for climate justice and the yellow vests’ demands are not mutually exclusive. “What they [yellow vests] want first and foremost is social justice and financial justice,” she told Quartz. “And there will be no social justice without action for the climate. Global warming feeds on inequalities and strengthens them. It strikes the most fragile first. It is destroying our economy and our territories. So, it can be a process that can be done in parallel.” She argues the carbon tax should be balanced out with social subsidies financed through a tax hike on large corporate greenhouse gas emitters.

“Certainly, you have to worry about the most disadvantaged people in the economy, and if you don’t, you are causing harm to them and to the distribution of income,” says Gary Yohe, a professor of environmental studies at Wesleyan University. “On the other hand, it is the poor, the young, the elderly, who live close to big bodies of water who suffer most from climate change, and so they will be the ones who will benefit most from an adaptation that protects where they live as well as where they work.”

In the face of a rapidly warming planet, and urgent warnings from the scientific community that the world has about a decade to slow the pace of climate change or face dire consequences, many citizens are taking matters into their own hands and using legal systems to force governments to act.

In 2015, an NGO and 886 plaintiffs won a case against the Dutch government for not doing enough to reduce domestic greenhouse-gas emissions. The judge ordered the government to reduce emissions by at least 25% within five years—a ruling recently upheld in appeals court. In Colombia, the Supreme Court ruled in favor of a suit brought forward by 25 children against their government for not halting the deforestation of the Amazon. And in the US, a group of children is suing the government for violating “the youngest generation’s constitutional rights to life, liberty, and property” by not doing enough to mitigate the effects of climate change. Similar cases are under way in Belgium, India, Norway, and other countries.

According to Columbia University’s Sabin Center for Climate Change Law, “more than 900 climate-related lawsuits were filed in the US since 1986, nearly a third of them since 2016.” In France and in the rest of the world, it seems, climate activists are only just getting started.