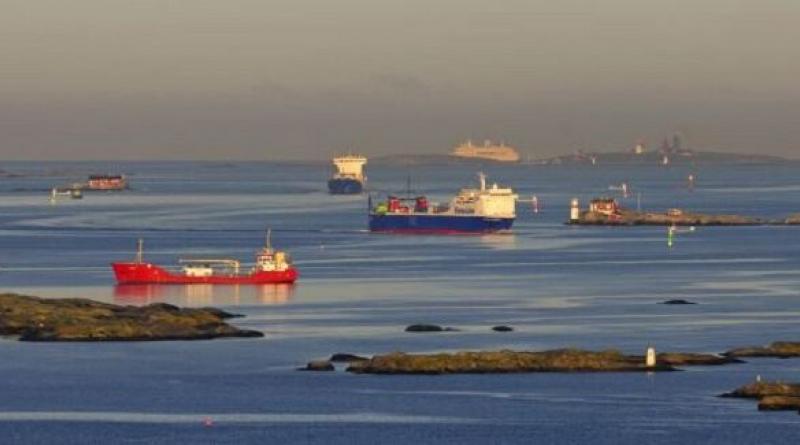 The Shipping Industry is leaving no stones unturned in order to contribute towards a greener marine environment. At both manufacturing and administrative levels, the maritime industry is taking advantage of the latest technologies to ensure that new ships contribute as low as possible to the global pollution.

Designing a Ship in present times has become a challenging task for now a ship has to be fully complied with new environmental rules and regulations. A few benchmark technologies have already been developed to reach the ultimate goal of building a “Green ship” which would not only comply with the new environmental rules and regulations but would also leave least possible carbon foot-prints.

We have compiled a list of thirteen new technologies which if used together would result in the ultimate Green Ship of the Future. They are as follows:

1.   No Ballast System: Ballast water convention by IMO focuses on reducing the transit of sediments and micro organisms of one territory to another through the ballast of ships. In order to prevent this condition, plans of making a “No Ballast Ships” is under progress. A no ballast ship or similar system can drastically reduce this problem. Read more about-“No Ballast ship” here.

2. LNG Fuel for Propulsion: It is said that LNG fuel is the future of the Shipping industry. LNG fuel helps in reduction of air pollution from ships, and a combination of LNG fuel with diesel oil will lead to efficient engine performance, resulting in fuel saving. Read more about LNG propulsion here.

4. Sulphur Scrubber System: It’s not practically possible to phase-out usage of conventional fuels in ships and hence reducing sulphur or SOx emission from the exhaust is a solution that would be used extensively in the future. This can be achieved by installing an exhaust gas scrubber system wherein the sulphur is washed out from the exhaust gas of the engine resulting in reduction of SOx up to 98 % along with other harmful particles.

6. Speed Nozzle: Speed Nozzles are generally used in small supply vessels and tugs to provide power to the ships. Along with new design features of merchant vessels, they can improve the propulsion efficiency of the ship by saving power up to approx 5 %.

7. Hull Paint: Another important factor that can increase the fuel consumption of a ship and hence emissions is improving hull properties. Applying correct paint at correct hull area can reduce the frictional resistance of the ship resulting in 3-8% of fuel savings.

8. Waste Heat Recovery System: This system is already in use for quite some time now, but making it more efficient can reduce the fuel consumption of the ship drastically up to 14% of the total consumption. The waste heat from the exhaust gases can be utilised to heat and generate steam which in turn can be used for heating cargo area, accommodation, fuel oil etc.

9. Exhaust Gas Recirculation: In this system, NOx emissions from the engine is reduced by recirculation of exhaust gas from engine cylinder with scavenge air which lowers the temperature of the combustion chamber. Some part of the exhaust air is re-circulated and added to scavenge air of the engine which reduces the oxygen content of the scavenge air along with temperature of combustion cylinder. With this method NOx reduction of up to 80% can be achieved.

10.  Water in Fuel: The addition of water in fuel just before its injection into the combustion chamber can reduce the temperature inside the cylinder liner. An efficient system for this can result in NOx reduction of up to 30-35%.

11. Improved Pump and Cooling Water System: An optimized cooling water system of pipes, coolers and pumps can result in decreased resistance to the flow. This will lead to savings of up to 20% of electric power of the ship and fuel consumption up to 1.5 %.

13. Fuel and Solar Cell Propulsion: The fuel cell propulsion utilizes power from a combination of fuel cells, solar cells and battery systems. This helps in reduction of GHG emission to a great extent.

14.   Sandwich Plate System (SPS): It is a process of composting two metals plates by bonding it with polyurethane elastomer core.  This avoids usage of steel which requires additional stiffening hence makes the structure light weight and less prone to corrosion. This technology can definitely play a good role in green ship recycling process as SPS feature includes superior in service performance and reduced through life maintenance.

Do you think we have missed an important Green Ship Technology? Let us know and we will add it to the list.

Michael Moore film Planet of the Humans removed from YouTube.