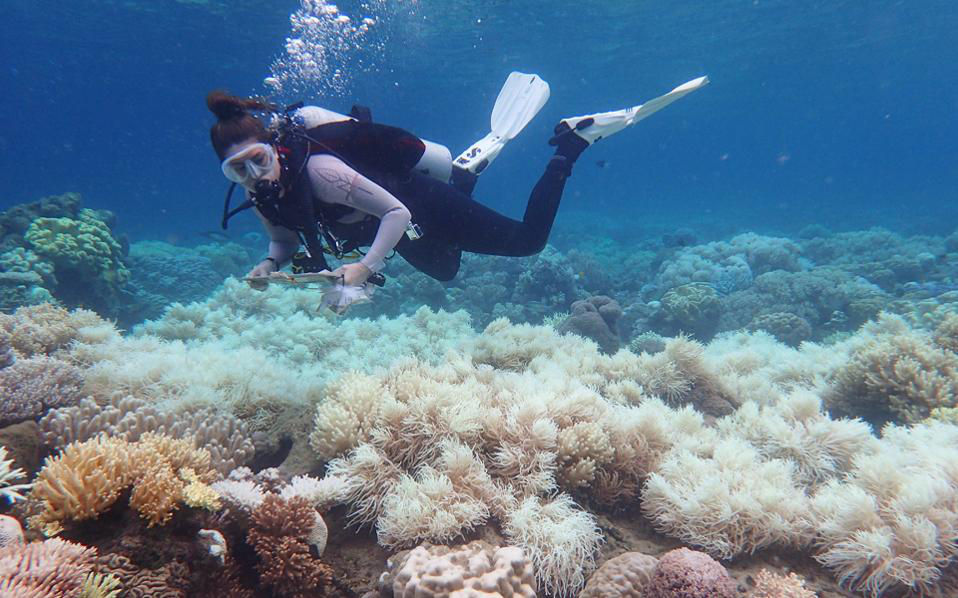 Another side that has been hit by climate change is the coral reefs. Because of the global warming, which results in the rise of temperature inside the oceans, the coral bleaching phenomenon appears, which essentially describes their death: The deforestation of the sea forests. In an attempt to save the corals, Chinese scientists have planted corals on the seabed of South China's sea, with the prospect that these will grow into a colorful forest that will be home to a multitude of fishes.