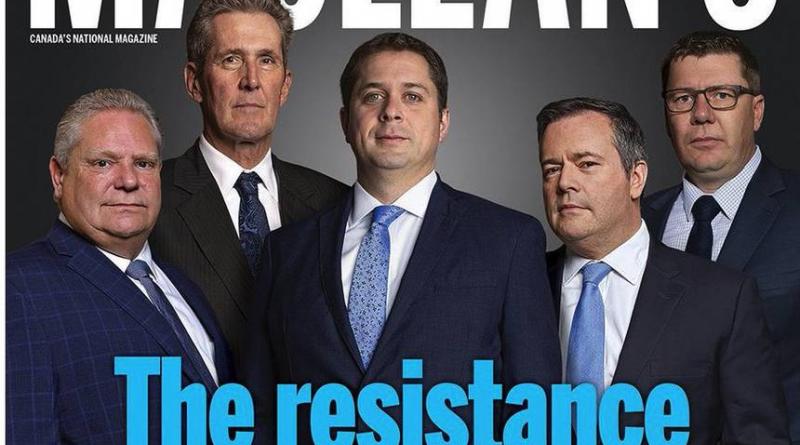 And these pasty-faced guys in cheap suits will make it worse.

A lot of people in Canada had a good laugh with this month's cover of what they call Canada's national magazine, Macleans, with five pasty-faced white men in ill-fitting suits described as The Resistance. They are all either leaders of opposition parties or premiers of provinces that are fighting Justin Trudeau's attempts to implement a carbon tax. Paul Wells quotes former Prime Minister Stephen Harper as saying, “Let the other guys do a carbon tax, because we can all win the next federal and provincial elections on that issue alone.”

And they are winning elections; the guy on the left, Doug Ford, got elected as premier of Ontario and immediately cancelled cap and trade, which will end up costing the province billions in legal settlements. The guy in the middle may well be the next Prime Minister.

The guy on the left in this picture will probably soon be the Premier of Alberta, sitting on all that oil. Right now the stuff is almost worthless, selling for $13.46 a barrel, because it costs so much money to ship it out by train. So what if it costs about $60 a barrel to produce? They would roll barrels down the Trans-Canada highway if it would get a vote.

Meanwhile, a new study has just been released, Warming assessment of the bottom-up Paris Agreement emissions pledges, that looks at how different nations are meeting their commitments, and Canada, along with China and Russia, is pumping out emissions at a rate that would raise the temperature 5.1°C by the end of the century, essentially cooking us. (Check out the interactive map).

The author of the study tells the Guardian that he hopes the study and the map will have a positive effect.

“This metric translates the lack of ambition on a global scale to a national scale. If we look at the goal of trying to avoid damage to the Earth, then I am pessimistic as this is already happening. But this should be a motivation to ratchet up ambition and avoid global warming as much and as rapidly as possible. Every fraction of a degree will have a big impact.”

I doubt it, not in Canada. These guys don't care. Another recent study by Pierre Filion of the University of Waterloo, Urban Planning and the Suburbs: Solutions for Sustainability from the Edges, looked at how Doug Ford and other politicians got elected by pandering to the suburban drivers. He notes that Ford made a number of tax-cutting promises:

But the political promise that arguably best chimed with his supporters was to lower the provincial tax on gasoline by ten cents a litre. He won the provincial election by a wide margin, in large part thanks to the support of a large majority of Toronto-region suburban ridings (37 of 44), which are all highly dependent on driving.

In essence, people who live in the suburbs love their cars, and cheap gas and a nice wide road are more important to them than anything else. Filion is quoted in the University of Waterloo News:

It’s understandable that people whose recreation and livelihood depends on cars, would be less willing to accept transformative changes that could disproportionately impact their comfort and convenience. This contributes to a sense of having their values attacked, and could explain some of the waves of right-wing populism in North America. It’s something we saw in 2016 as well as the most recent election in Ontario, Canada.

Forest fires are burning in California right now, but the president blames forestry practices, and a poll shows that almost half the country agrees with him. Up in Alberta, the city of Fort MacMurray burned last year, and the fires across the country get worse every year. But for these guys in the suits, it's not the problem – the carbon tax is. That guy in the middle may well get elected because most of Canada is suburban now and they don't like carbon taxes either. And that's why Canada will stay up there as one of the worst carbon emitters in the world. 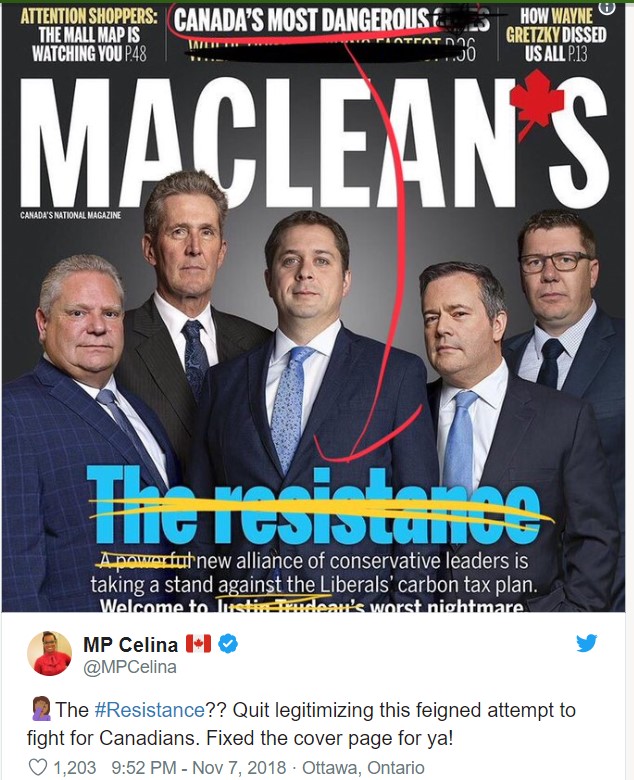