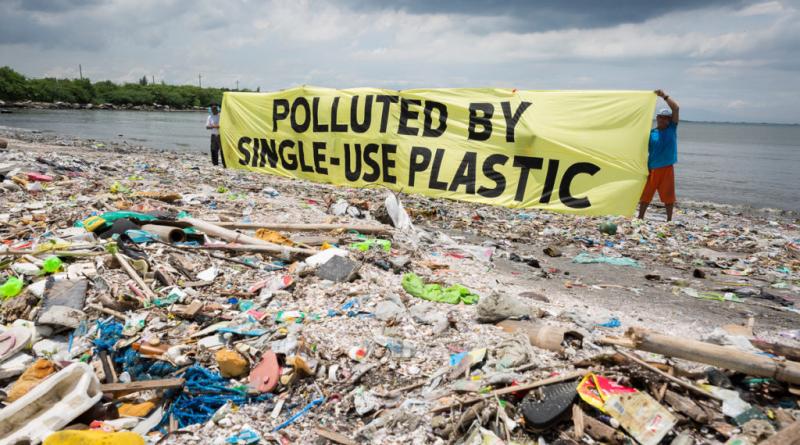 Recycling facilities in the US can't process most of the plastics.

You’re trying to do the right thing by throwing away that plastic container into the recycling bin. It even had a label that said it was recyclable, so you should be all good.

But unfortunately, there’s a good chance that it may end up in a landfill with the rest of the trash.

As part of a new study, Greenpeace looked at 367 recycling facilities across the US and found that only a small percentage of processed plates, cups, bags, and trays. Less than 15% received plastic clamshells and none accepted receiving coffee pods.

The recycling facilities only take in water and soda bottles, along with other thicker plastic for packaging. Most of the rest ends up in the trash, according to Greenpeace, which said other types of plastics can actually be recycled but that there’s currently no market for it in the US.

“Most types of plastics are not recyclable in the United States, and in fact appear to be illegal to even refer to as recyclable,” Greenpeace USA Oceans Campaign Director John Hocevar told VICE News. “Recycling isn’t broken, but plastic is choking it.”

Plastic is typically split in seven categories, numbered from #1 to #7:

The report argued the main problem is the plastics labeled from 3 to 7, many of which are used as a mixture with other types of materials — such as a coffee cup made of paper with plastic lining. They are very difficult and expensive to separate.

Nevertheless, most mixed plastics are branded as recyclable by manufacturing companies, Greenpeace noted. But recycling facilities find it had to repurpose them and instead just trash them away. All this is confusing customers, who are no longer sure what can be recycled or not (and are often deceived into believing many of their products are recycled when in fact, they are not).

Most of those mixed plastics used to be shipped from the US to China. In fact, the same happened with other countries, as 70% of the world’s plastic went to China. But it all changed in 2018 when China decided to cut back almost all imports of trash. Now, countries as the US were left without the capacity to process their plastics and are starting to face the problems they have swept under the rug for years.

Greenpeace said it could soon file federal complaints against manufacturers as they are misleading the public about the recyclability of their packaging. The NGO said companies that produce the plastic that is ultimately responsible for the plastics crisis, calling for accurate labeling.

Speaking to the Guardian, the Sustainable Packaging Coalition, which represents brands trying to improve packaging, said the recycling industry was facing disruption. Nevertheless, she added that new US processing capacity was being developed to enhance the recyclability of products.

In terms of plastic recycling, the United States ranks behind Europe (30%) and China (25%) in recycling, the study found. Recycling in the U.S. has remained at 9% since 2012, according to a study published last year. But the problem is much wider, with most countries struggling with their waste.

We can’t just get rid of all plastic, experts agree, as some its unavoidable. Plastic extends the life of produce and acts as a barrier to bacteria, for example. Nevertheless, we can learn how to better recycle it and replace it when possible with our own reusable containers.

For example, plastic wrap can’t be recycled as it’s hard to deal with at the material recovery facility, as well as small plastics as bag clips and flexible packaging. On the other hand, beverage bottles can be recycled as well as other bottles such as shampoo and soap.

Plastic clamshells are made from the same elements as beverage bottles, but not all recycling facilities can process them. Meanwhile, polystyrene foam can’t be recycled as it’s made of air and requires a special machine to process it, which most recycling facilities don’t have.

Supermarket plastic rises to over 900,000 tonnes a year.