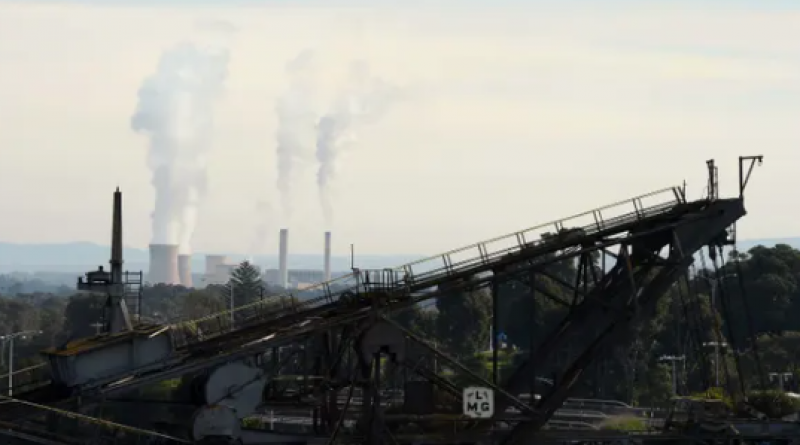 Power station produces 13% of Victoria’s and 3% of national emissions and employs 500 people.

One of Australia’s dirtiest coal-fired power stations, Yallourn in Victoria’s Latrobe valley, will close four years earlier than scheduled and be replaced, in part, by a grid-scale battery.

EnergyAustralia announced on Wednesday it would shut the 1970s-built, 1,480-megawatt brown coal plant in mid-2028.

There have been several outages at the ageing generator in recent years and a widespread expectation that at least one coal plant would shut early due to an influx of cheap renewable energy making them financially unviable.

About 500 workers at the plant and connected coalmine were told of the decision on Wednesday morning. The company’s managing director, Catherine Tanna, told a subsequent press conference that EnergyAustralia had a plan that was supported by the Victorian government and included a $10m workforce support package.

Climate campaigners said the closure was inevitable, but not soon enough given the scientific evidence about what was needed, and called for a government-supported transition plan for affected Gippsland towns.

Tanna said the company would built a long-duration large battery, with four hours’ storage and maximum power capacity of 350 megawatts, by 2026 to help ensure a secure energy supply when the plant shut. She said it was bigger than any battery now operating, but larger batteries were proposed elsewhere.

“EnergyAustralia is determined to demonstrate that coal-fired power can exit the market in a way that supports our people and ensures customers continue to receive reliable energy,” she said.

Yallourn has the capacity to supply about 20% of Victoria’s electricity and 8% of the generation in the national grid, which covers the five eastern states and the ACT. The Australia Institute said it had broken down 50 times in a little over three years. Removing it would leave just two brown coal plants in the state and cut national greenhouse gas emissions by about 3% and Victorian emissions by 13%.

The conservation group Environment Victoria said the announcement highlighted the pressure on coal, and the need to move more quickly to replace it. The group’s chief exeuctive, Jono La Nauze, said avoiding the worst impacts of the climate crisis meant coal-burning power stations needed to close by 2030, and called on governments to orchestrate a faster shift to clean energy.

“Just this week, the secretary general of the United Nations called on developed countries to phase out coal power by 2030,” he said. “This is the task before us, and our state and federal governments need to rise to this challenge.”

The Latrobe city council mayor, Sharon Gibson, said she had heard rumours the plant could close early, but was shocked by the announcement.

She said the region was yet to rebound from the comparatively abrupt closure of the Hazelwood coal plant four years ago, and urged federal and state politicians and business to meet with the community to plan a “proper transition”, warning there was no time to “stuff around”.

The Victorian climate change and energy minister, Lily D’Ambrosio, said the government would put workers at the heart of its response to the announcement, including creating a Yallourn workers transition and support service within the existing Latrobe Valley Authority.

“The truth is we’re seeing these old, coal fired power stations creaking to a stop right around the world as countries and companies are switching to new, clean, more reliable and more efficient forms of energy,” she said.

“We can’t ignore that change or pretend it’s not happening, and we owe it to these workers to build a modern energy network that creates and supports thousands of Victorian jobs.”

Steve Dodds, from the Gippsland Trades and Labor Council, said many workers were relieved after the announcement as there had been speculation the plant needed major maintenance and could close by 2025. He called on the federal government to go further than it did when Hazelwood shut and match state support for the region, rather than “throwing a few pennies to pretend they’re helping”.

The brown and black coal plants have faced heightened financial pressure in recent years as solar and wind have been built faster than most experts expected.

A recent analysis by two groups – Green Energy Markets and the Institute for Energy Economics and Financial Analysis (Ieefa) – found that, between 2018 and 2025, new solar and wind plants would add about 70,000 gigawatt hours of clean supply each year.

This is equivalent to more than a third of the national grid’s usage. The result has been a slump in wholesale electricity prices, which has been good for consumers but not fossil fuel generators.

The drop – up to 70% in Victoria over the past year – has put particular pressure on inflexible coal plants that are not designed to ramp up and down, and cannot compete with the massive surge of near-free solar energy in the middle of the day.

Experts including Kerry Schott, the chair of the national Energy Security Board, have warned the expected early coal closures and the rise of variable renewable energy demand a major revamp of rules governing the national energy market. Its advice on the issue is due this year.

The federal energy and emissions reduction minister, Angus Taylor, said the government understood EnergyAustralia had made a commercial decision and that the plant’s closure would bring “reliability and affordability concerns”.

“As an essential service, the commonwealth government expects the market to step up to deliver enough dispatchable generation to keep the lights on and prices low once Yallourn closes,” he said.

Taylor said his thoughts were with the plant’s workers, their families and local business owners who relied on the plant for their livelihoods.

He said the government would model the impact of the closure “to hold industry to account” and ensure there was enough flexible capacity in the system needed to ensure electricity was affordable and reliable for consumers.

The Australian Energy Market Operator (Aemo) last year released a blueprint for an optimal grid that found between 6GW and 19GW of new flexible energy capacity would be needed by 2040 to support a grid that predominantly ran on solar and wind.

It found this could come from batteries, pumped hydro, demand management (users being paid to reduce electricity use at peak times) and gas, but suggested new gas-fired power – the only fossil fuel on the list – was likely to be more expensive than other options. There are five large-scale batteries with a combined maximum power capacity of 260MW connected to the grid. Another 7,400MW in total power capacity is planned.

An Aemo spokesperson said on Wednesday it welcomed EnergyAustralia’s announcement as it would allow a considered market response.

Pressure is growing within the international community, from governments and investors, for a more rapid move away from coal. The new US climate envoy, John Kerry, has called for a faster exit from the fossil fuel as he pushes for countries to commit to more before a major climate conference in Glasgow in November.