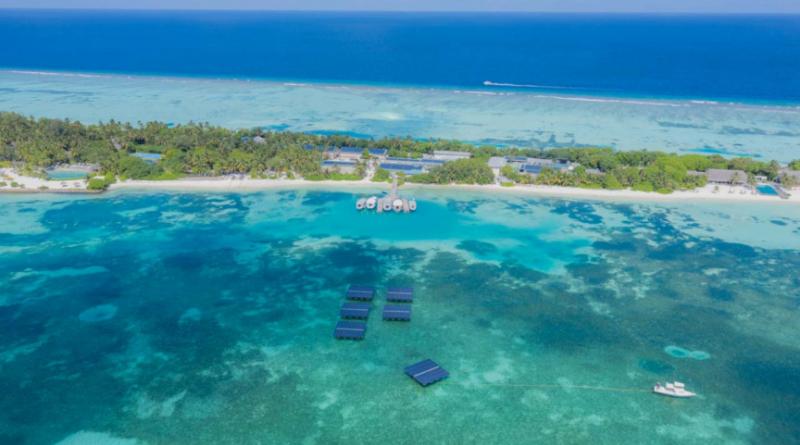 The World's biggest floating solar panel has been installed at the LUX* South Ari Atoll resort on A.A Dhihdhoofinolhu in the Maldives.

LUX* stated that the solar panel system named "Solar Sea" will provide electricity for the resort in an environmentally friendly manner. The resort is working with a company named "Swimsol" to do good on its promise of reducing its carbon footprint.

The system was moved to the sea because there wasn't enough room on the island for the system and was an innovative solution from Swimsol. It is designed so that it will not be disrupted from the waves and currents at sea.

LUX* already uses solar systems of Swimsol on the rooftops of facilities at the resort and the new floating solar panel system will ensure that 40 percent of the resort's energy is produced in a renewable manner, which would generate enough power on sunny days for all the guestrooms of the resort.

Around 260,000 liters of diesel will be made redundant due to these solar panels, according to LUX*. Guests can also check on the level of electricity being used through the IPTV's in their rooms.

The solar panels were installed so that it would not disrupt the sea life and damage the reefs. LUX* a five-star resort in the Maldives has stated that its work to create more renewable power will not stop here.

Swimsol is the only company to utilize solar sea technology and aims to provide electricity in all islands of the country through this technology, stated the Managing Director of Swimsol.