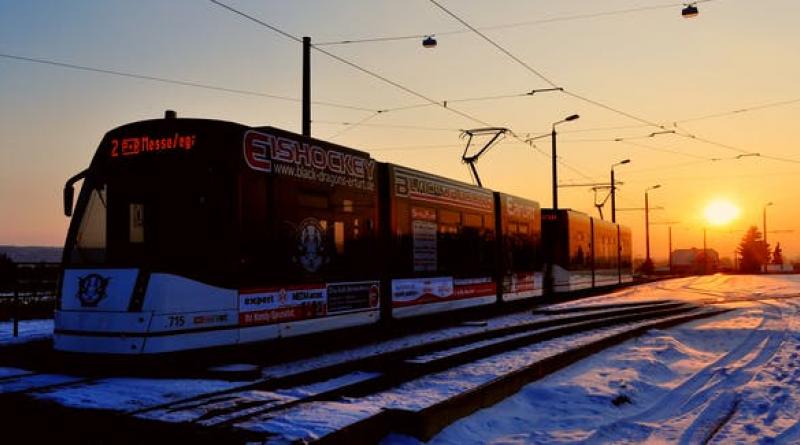 The world’s first railway lines directly powered by sunlight are set to launch next month in the United Kingdom.

The new, super-modern train setup will bring zero-emission energy to Aldershot station in southern England by connecting the train lines directly to nearby solar panels, which in turn will provide traction current. South Western Railways is working with solar rail enterprise Riding Sunbeams to bring the project to light.

Unlike other solar-powered setups that sit on the roof and provide limited power, this project hooks directly into the substation box placed around every two miles on DC-powered tracks. That means clean power can be routed through existing infrastructure, bypassing the grid and potentially saving money.

“We are very excited to be installing the world’s first project to directly power railway lines with solar energy at Aldershot station,” Ollie Pendered, Riding Sunbeams’ executive director, said in a statement. “We hope this pilot scheme paves the way for the railway industry, and the UK, becoming zero-carbon.”

It could be a big step toward reducing carbon emissions from rail transport, paving the way for future projects that run directly through sunlight. Imperial College London, in partnership with climate charity 10:10 that part-owns Riding Sunbeams, found in 2017 that connecting panels directly to the railway’s substations, using custom electronics, could supply energy for less money than getting clean energy through the grid.

Aldershot is a relatively small project, installing 135 photovoltaic panels on derelict land near the line to London as part of the demonstration project. It offers 30 kilowatts at its peak to power the lights and signaling equipment. The demonstration is set to be held on July 17 between 8 a.m. and 6 p.m.

The project has seen some refinements since its early days. While most trains use AC power through overhead cables, urban routes and ones like Aldershot use an electrified third rail that uses DC power due to constraints like space. Railway-Technology notes that originally the project was going to use a DC-DC inverter to connect straight to the substation. A lack of equipment meant the team instead had to connect to the 33-kilovolt AC feeder system, which runs from grid supply points to the substation.

Solar Train: Why Sunlight is Picking Up Speed

Train travel can offer big environmental benefits over taking a plane. A Eurostar-commissioned study showed that taking the train from London to Paris creates 91 percent less carbon dioxide per passenger counting the return journey than flying. At 22 kilograms of carbon dioxide, though, there’s still some emissions going into the atmosphere.

Projects have been launched to try and eliminate those emissions, making trains even greener than before. The Netherlands’ state-owned railway firm, NS, announced in January 2017 that it’s the first to run its operations entirely on wind power. One windmill running for one hour, the company explained, can power a train for 120 miles.

Indian Railways launched a train in July 2017 kitted with 16 photovoltaic panels. That project only covered the lights, fans, and other internal electronics, but the operator suggested that fitting every train with six panels could reduce fuel usage by 5,500 gallons of diesel per year.

In 2017 the Byron Bay Railroad Company in Australia took the wraps off its all-solar train. It has a 77-kilowatt-hour lithium-ion battery powering 220-kilowatt dual electric motors. Those are powered by a six-kilowatt solar array on the roof, which can also be topped up by a 30-kilowatt array at the North Beach terminus. The two-passenger train only runs a 3.7-mile round trip, but uses just five kilowatt-hours to complete its journey.

All these efforts could add up to an even cleaner way of traveling by train. Imperial College London’s research found that 200 small solar farms next to the tracks, like the Aldershot project, could provide 15 percent of the power for trains along those routes. That could work in conjunction with other sources to ultimately decarbonize the rail network.

Hydrogen FCEV trucks, buses and trains are a huge part of Korea and Japan's futures, and Australia has an export role.