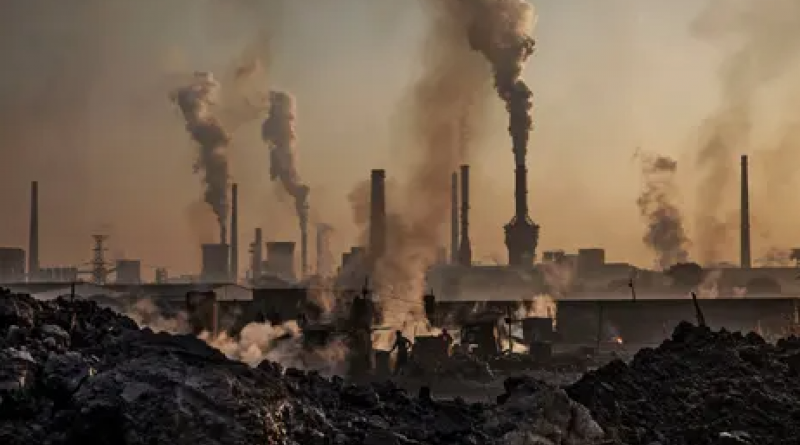 Hundreds of the world’s biggest banks and pension funds with assets worth $130tn have committed themselves to a key goal in limiting greenhouse gas emissions, the UK government will announce on Wednesday.

The pledge by more than 450 financial institutions in 45 countries is intended to be one of the top achievements by the UK hosts of the Cop26 summit in Glasgow, and comes as some of the other aims of the summit – chiefly, setting the world on a path to limit global heating to 1.5C – are looking hard to reach.

Finance is key to the massive economic transformation required to move away from fossil fuels and reach net zero so the global economy can be run without damaging the climate.

But experts and campaigners cast doubt on the government’s finance claims, pointing out that the banks making the pledge are still free to pour cash into fossil fuels, and need only divert a small slice of their funding to low-carbon ends in the next decade.

News of the pledge came at the end of the second full day of the Cop26 conference in Glasgow as world leaders finished their addresses and negotiators were preparing to thrash out details that could form the basis of a final communique next weekend.

On another frantic day of announcements, the key developments included:

On Tuesday night, Rishi Sunak, the chancellor of the exchequer, said the City of London would become the world’s first “net zero finance centre”, and set out new rules forcing public companies to report on their plans to achieve net zero emissions.

He said: “I’m proud that under the UK’s leadership, the number of financial firms committed to net zero plans has tripled, with the assets now covered totalling $130tn. Harnessing the trillions of dollars controlled by these companies in the fight against climate change is crucial. So I’ve announced new requirements for firms to publish their net zero transition plans. Together we can provide the cash the world needs to stop catastrophic climate change.”

The finance pledge, known as the Glasgow Financial Alliance for Net Zero (GFANZ), will mean that by 2050 all of the assets under management by the institutions involved will be aligned with net zero emissions. Economists have estimated that about $100tn in investment is likely to be needed in the next three decades to meet the net zero goal, so in theory GFANZ will provide more than enough cash to meet the goal.

Mark Carney, former governor of the Bank of England, now a UK and UN climate envoy, said: “The architecture of the global financial system has been transformed to deliver net zero. We now have the essential plumbing in place to move climate change from the fringes to the forefront of finance so that every financial decision takes climate change into account … [This] rapid, and large-scale, increase in capital commitment to net zero, through GFANZ, makes the transition to a 1.5C world possible.”

But experts told the Guardian the claims were overblown. The $130tn figure refers to the assets the firms have under management, only a small proportion of which – about a third – will be devoted to low-carbon investments in the crucial next decade, when emissions must be halved to keep temperatures from rising by more than 1.5C above pre-industrial levels.

Simon Youel of the Positive Money campaign group said: “Banks may be preparing to scale up investment in ‘green’ activities, but this announcement says nothing about financial firms’ investments in new fossil fuel projects. States must introduce restrictions against new fossil fuel investments if we are to have a chance of keeping 1C alive.”

Sunak has been accused of blocking green measures and is said to oppose the net zero agenda within government. He barely mentioned the climate in his recent comprehensive spending review, his budgets have contained few green measures and many high-carbon policies, and his speech in Glasgow is virtually the first time he has acknowledged Cop26.

Sam Alvis, head of economy at the Green Alliance thinktank, said: “It is definite progress that the chancellor has got the Treasury on the pitch at Cop26. But trillions of dollars are still flowing to fossil fuels every day and voluntary measures have not got us far enough. To keep the 1.5C target alive, governments will need to regulate companies not just to publish transition plans but have strict criteria with legal bite on their credibility and pace.”

Given the failure of wealthy nations to live up to their finance promises, diplomats from other parts of the world have turned the credibility tables on the donors.
The foreign secretary of India, Harsh Vardhan Shringla said it was time for rich nations to face the same credibility checks on finance that developing countries are expected to accept on emissions cuts.