The world's banks must start to value nature and stop paying for its destruction. 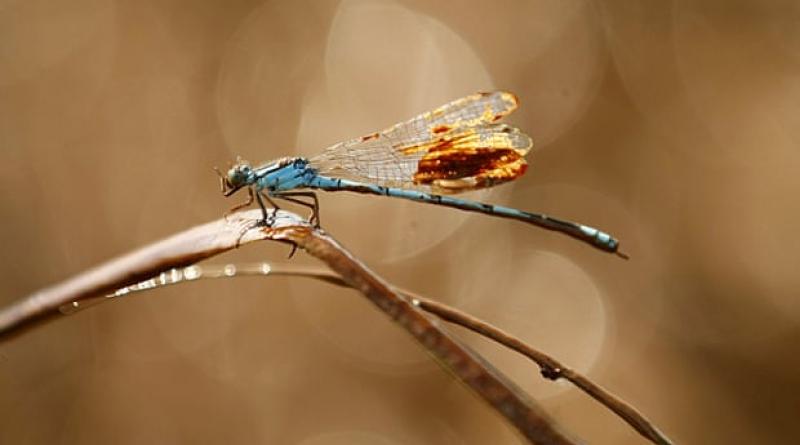 As a new report spells out how financial institutions contribute to biodiversity loss, the clamour is growing for a new approach.

The scientific community has long been unequivocal about biodiversity destruction. Last month, the UN reported that the world had failed to meet fully any of the 2020 Aichi bioiversity targets that countries agreed with fanfare in 2010, even as it found that biodiversity is declining at an unprecedented rate, and the pressures driving this decline are intensifying.

This week’s Bankrolling Extinction report finds that financial institutions provide the capital that is funding over-exploitation of our lands and seas, putting biodiversity in freefall. Last year, the world’s 50 biggest banks provided $2.6tn (£1.9tn) in loans and other credit to sectors with a high impact on biodiversity, such as forestry and agriculture. Bank by bank, the report authors found a cavalier ignorance of – or indifference to – the implications, with the vast majority unaware of their impact on biodiversity.

In short, this report is a frightening statement of the status quo.

Fortunately, signs are emerging that some governments are – slowly – taking aim at financial backers of the destruction of the natural world. They must now push more forcefully. In the wake of Covid-19, treasury cupboards may be bare, but with new policies and limited recovery funds, they can steer trillions of dollars of private capital towards a nature-positive response to coronavirus, to spur growth, prosperity and resilience without returning to business as usual over-consumption and climate and biodiversity risk.

Voices from economics and finance are starting to add impetus and rationale for such momentum. One of the world’s foremost business groups, the World Economic Forum (WEF), has recognised the economic importance of nature. In its annual Global Risks Report, published earlier this year, WEF found that for the first time environmental risks dominated perceived business threats. Biodiversity loss was considered among the five most impactful and most likely risks in the next decade, with concerns ranging from the potential collapse of food and health systems to the disruption of entire supply chains.

And Cambridge University professor of economics Partha Dasgupta will describe in a forthcoming report how we are running down our precious natural capital because we have omitted to value nature. Dasgupta has said that the “asset management problem” resulting from this economic oversight requires us to become far more efficient about how we use our planet’s precious natural resources.

Smart financial institutions are aware that biodiversity regulation is coming. The first recommendation of the Bankrolling Extinction report is, quite rightly, for banks “to disclose and radically reduce their impact on nature and stop finance for new fossil fuels, deforestation, overfishing and ecosystem destruction”.

First, they should set an example in biodiversity-positive finance, by diverting harmful agricultural subsidies to promote a shift to less damaging activities.

Agriculture is the leading cause of biodiversity loss today. The Paulson Institute recently estimated that, at $450bn annually, the value of agricultural subsidies harmful to biodiversity exceeds the cost of paying farmers to use nature-friendly practices. In other words, diverting harmful subsidies to pay farmers to protect biodiversity can lead to a net saving.

In this case, Britain could be a leading light, if it can get right its planned overhaul of agricultural subsidies post-Brexit, replacing crop-based payments with environmental payments. Last week, the EU also recognised that we need to make farming more environmentally friendly.

Second, governments should direct their development banks to use their cash and convening power to become global role models for reporting and reducing their impacts on biodiversity.

There are 450 development finance institutions (DFIs) worldwide, which invest $2tn annually. Many have just one shareholder, their national government, and as such they can be a powerful financial lever of political goals, including to conserve and restore biodiversity. DFIs could become world leaders by showing commercial banks that the data and methods to allow them to measure and reduce their impact on biodiversity already exist. It would be wonderful if they could announce such an initiative at the first-ever global meeting of all 450 DFIs, at the Finance in Common Summit in November.

Once they report their impacts on biodiversity, financial institutions will have to reduce them, under pressure from stakeholders including citizens and financial regulators, and they will pass this pressure on to the companies they invest in. We saw a glimpse of this in action, when the world’s biggest asset manager, BlackRock, this month joined a shareholder revolt, demanding that the world’s biggest consumer group, Procter & Gamble, specifically measures and reports the impact the company has on forests.

At a time of regulatory change, doing the minimum is a dangerous strategy. In the case of biodiversity, the minimum bar is likely to move constantly upwards for the foreseeable future. By going beyond, investors can seize the opportunity, rather than focusing on solely avoiding risk. Funds specialising in environmental social and governance priorities highlight this opportunity. Such funds are now worth more than $1tn, and could exceed the value of conventional funds by 2025 in Europe, according to a new PricewaterhouseCoopers analysis.

By paving the way for private capital in this way, governments can set new biodiversity goals for 2030 at the UN’s conference on biodiversity in Kunming next May with the confidence that they will not again be shamefully missed.