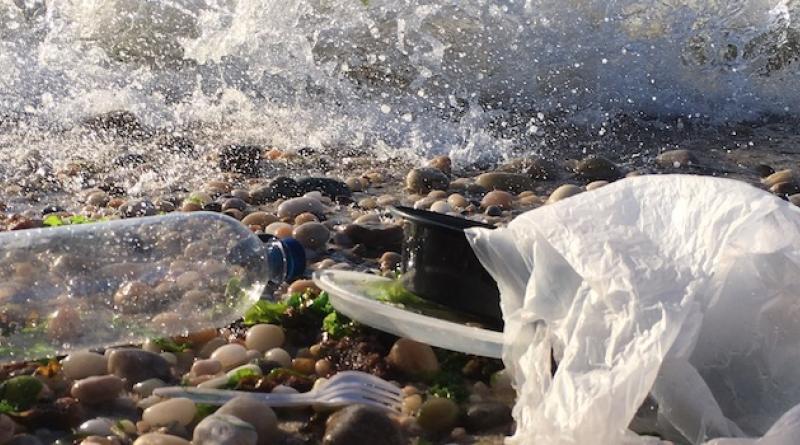 June 8, 2019 – For World Ocean’s Day, World Scouting is teaming up with UN Environment to create a new movement for action in the battle against plastic pollution.

Already, some 27,000 young people from the Scouts, Girl Guides, Junior Achievement and various Universities, have undertaken a new Plastic Tide Turners Challenge Badge since its introduction in five countries across Africa, including Ghana, Kenya, Uganda, Mauritius and Tanzania.

The effort is part of UN Environment’s Clean Seas campaign and the YUNGA Challenge Badges to mobilize a direct youth-led contribution to Sustainable Development Goals (SDGs) 14 and 15, Life Below Water, and Life on Land. For the first time in World Scouting’s history, the badges will be made from ocean recovered plastic with the first certificates awarded to young leaders that have completed all three levels of the badge.

“The Challenge Badge has made me live by the 3Rs: reduce, reuse and recycle,” said Yussif Kamara, a Scout from Accra in Ghana, who also participated in the badge programme.

The YUNGA Challenge Badge has three levels of action built into it: entry level, leader level and champion level. At entry level, young people are asked to think about how they can reduce plastic in their daily lives and get others to do the same.

Once completed, they can move onto leader level, which involves checking the plastic footprint of schools, developing a poster campaign, or organizing an assembly or lesson on the issue. The final champion level involves extending advocacy efforts to the community, region or even to national level.

Kenyan Girl Guide Alice Moraa has trained over 5,000 young people to change their plastic habits and is working to implement proper garbage disposal mechanisms in Kisii county. Strathmore University student Pankaj Varsani has launched a “plastic-free month” at his University and is working with students from other universities to scale up the plastic challenge badge.

The badge has been supported by the British government who have funded UN Environment around this work and the creation of an extensive action toolkit. Young people are also encouraged to take UN Environment’s Clean Seas pledge and join the largest global alliance against marine litter. Sixty countries have already signed up to the initiative, covering 60 per cent of the world’s coastlines.

Susan Gardner, Director of Ecosystems at UN Environment said: “We are all really excited about the promise of the Tide Turners badge and to test out what this next generation of young environmental leadership can achieve. Our dream is to not only inspire action around plastic waste, it’s to work together to create a new youth movement of action for the planet.”

The Plastic Tide Turners Challenge Badge is now available to all 170 National Scout Organizations and will be promoted at the upcoming 24th World Scout Jamboree as part of a wider push to mobilize young people in taking action for the SDGs.

“The Challenge Badge is a strong contribution to Scouting’s environmental programming and our ongoing youth-led effort to engage young people in making our communities and planet more sustainable,” said Hany Abdulmonem, Global Director, Scouting Development with the World Organization of the Scout Movement.

The aim is to spread the programme over the coming months with a particular focus on Mauritius and India where the government has pledged to eliminate single-use plastics by 2022.

The Challenge Badge was initially announced during former British Prime Minister Theresa May’s visit to Kenya in August 2018. The British government is also supporting an exchange programme to connect Scouts and Guides in the United Kingdom with their counterparts in Kenya and elsewhere.