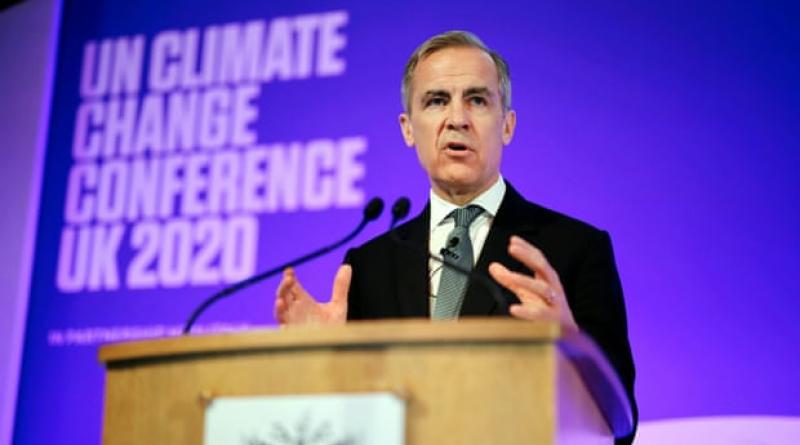 Businesses must improve how they disclose their impact on the environment or risk failing to meet climate targets, the Bank of England governor, Mark Carney, warned the City on Thursday.

Without disclosure rules that allow investors to compare how businesses are meeting the climate challenge, the world risks missing targets to be carbon neutral by 2050, Carney said.

Speaking at a climate conference at the Guildhall in London, Carney said he wanted to pull together a set of rules ahead of November’s Cop26 climate summit in Glasgow to spur a switch of investment funds away from polluting industries in time to prevent a global temperature rise of about 1.5C.

“Given the scale of the climate challenge and the rising expectations of our citizens, 2020 must be a year of climate action where everybody’s in, and that includes the world’s leading financial centre,” Carney said.

“To identify the largest opportunities and to manage the associated risks, disclosures of climate risk must become comprehensive, climate risk management must be transformed, and investing for a net-zero world must go mainstream.”

He was joined by Christine Lagarde, the president of the European Central Bank, who said inconsistent reporting by the 26 biggest eurozone banks and insurers meant “we still have some way to go”.

Lagarde, who until last year ran the International Monetary Fund, said: “Only five out of the 26 partially disclose the impact of their financial assets, and none of them provide full disclosure.”

Last year, Carney said firms that failed to move towards zero-carbon emissions would be punished by investors and go bankrupt.

Carney is due to take over as the UN special envoy on climate finance next month after stepping down as governor. He has also been appointed by Boris Johnson to advise the UK government in the run-up to the Glasgow conference.

The G20 group of nations sponsored the development in 2015 of a new rulebook for companies to declare their climate impact. Carney was a sponsor of the project as head of the G20 financial stability board.

He said the framework developed by the Task Force on Climate-related Financial Disclosures (TCFD) was supported by more than than 1,000 companies from 54 countries, with a market value of $16.7tn (£12.8tn).

“The objective is that every professional financial decision will need to take climate change into account,” he said.

The UK government is under pressure to commit to the TCFD rules and force all UK companies to disclose the impact of their activities on the environment.

The EU has already said it is prepared to impose rules within the next few years if an agreement at the G20 group of countries, which sponsored the TCFD, cannot be reached.

It is likely the EU and UK will need to go it alone following a reluctance of Donald Trump’s US administration to join global efforts to limit global warming.

Philipp Hildebrand, the vice chair of BlackRock, told the conference it would help investors play their part in tackling the climate emergency if governments forced companies to comply with newly drafted global disclosure rules.

“It would make life easier,” he said responding to concerns that the adoption of rules was being held back by companies and countries reluctant to recognise the climate emergency.

Hildebrand, the former head of the Swiss central bank, said: “Let’s face it, finance has had a horrible decade. The way we ignored leverage [ahead of the 2008 financial crisis] is the way we are ignoring climate change.”

BlackRock, which manages more than $7tn of private investor funds, has offered its support for the TCFD, but has yet to show how this will affect its relationship with companies that it invests in.

David Schwimmer, the head of the London Stock Exchange, said companies needed to conform with the TCFD rules before they were forced to by governments.

“We think mandatory disclosure is the direction of travel,” he said.

The newly-appointed business secretary, Alok Sharma, whom Johnson named as president of the summit this month after sacking a former energy minister from the role, echoed Carney’s call for the City, London’s financial centre, to embrace disclosure rules.

“We are calling on action from everyone – businesses, civil society and each part of the global financial system – to meet the Paris agreement goals,” Sharma said.