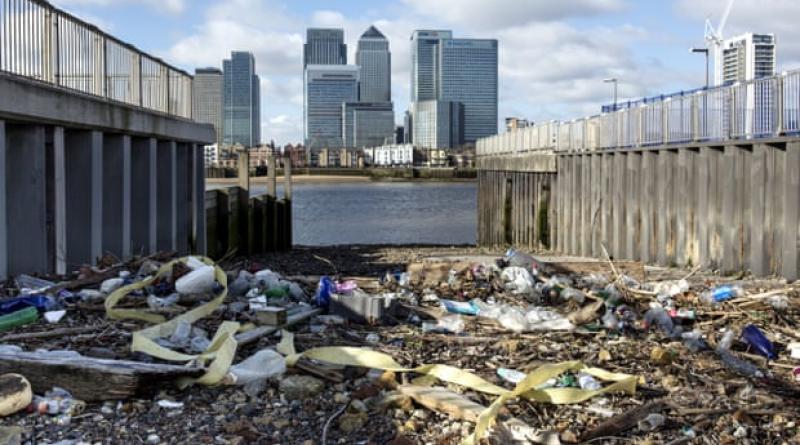 France, Germany and UK among more than 60 countries promising to put wildlife and climate at heart of post-Covid recovery plans.

World leaders have pledged to clamp down on pollution, embrace sustainable economic systems and eliminate the dumping of plastic waste in oceans by the middle of the century as part of “meaningful action” to halt the destruction of nature on Earth.

Emmanuel Macron, Angela Merkel, Justin Trudeau, Jacinda Ardern and Boris Johnson are among 64 leaders from five continents warning that humanity is in a state of planetary emergency due to the climate crisis and the rampant destruction of life-sustaining ecosystems. To restore the balance with nature, governments and the European Union have made a 10-point pledge to counteract the damage to systems that underpin human health and wellbeing.

The commitments include a renewed effort to reduce deforestation, halt unsustainable fishing practices, eliminate environmentally harmful subsidies and begin the transition to sustainable food production systems and a circular economy over the next decade. The leaders describe the pledge as a “turning point” by which future generations will judge their willingness to act on environmental destruction.

All signatories to the Leaders’ Pledge for Nature, launched virtually in New York on Monday, have committed to putting wildlife and the climate at the heart of post-pandemic economic recovery plans, promising to address the climate crisis, deforestation, ecosystem degradation and pollution.

The announcement comes ahead of a major UN biodiversity summit on Wednesday, which will be hosted virtually from New York, and part way through negotiations on a Paris-style international agreement on nature. The speaking slots at this week’s summit are oversubscribed, with more than 116 heads of states and governments asking to address the event.

“Science clearly shows that biodiversity loss, land and ocean degradation, pollution, resource depletion and climate change are accelerating at an unprecedented rate. This acceleration is causing irreversible harm to our life support systems and aggravating poverty and inequalities as well as hunger and malnutrition,” the pledge reads.

“Despite ambitious global agreements and targets for the protection, sustainable use and restoration of biodiversity, and notwithstanding many local success stories, the global trends continue rapidly in the wrong direction. A transformative change is needed: we cannot simply carry on as before.”

The leaders also commit to ending environmental crime and cracking down on organised crime groups involved in the illicit trafficking of wildlife and timber.

Boris Johnson will speak at the pledge’s launch on Monday.

The prime minister will say: “We must turn these words into action and use them to build momentum, to agree ambitious goals and binding targets.

“We must act now – right now. We cannot afford to dither and delay because biodiversity loss is happening today and it is happening at a frightening rate. Left unchecked, the consequences will be catastrophic for us all. Extinction is forever – so our action must be immediate.”

He will also announce that 30% of the UK’s land will be protected for nature by 2030, meaning an extra 400,000 hectares, the size of the Lake District and South Downs national parks combined, will be conserved.

Other signatories to the pledge include the leaders of Bangladesh, Bhutan, Colombia, Costa Rica, Fiji, Kenya, Seychelles and Mexico. The presidents of the US, Brazil and China – Donald Trump, Jair Bolsonaro and Xi Jinping – have not signed the pledge, despite Xi spearheading global biodiversity talks.

Earlier this month, the UN announced that the world failed to meet a single target to slow the loss of the natural world for the second consecutive decade, including goals to protect coral reefs, preserve natural habitats and reduce plastic and chemical waste to levels that do not damage ecosystems.

There have been a series of damning reports and studies about the state of nature on Earth in recent weeks, including the WWF and the Zoological Society of London’s (ZSL) Living Planet Report 2020, which found global populations of mammals, birds, fish, amphibians and reptiles plunged by 68% on average between 1970 and 2016.

The UN’s biodiversity head, Elizabeth Maruma Mrema, welcomed the new commitment by world leaders, describing it as an “inspirational contribution” to ongoing negotiations due to “the urgency, unity and ambition of the pledge”.

Sir Robert Watson, chair of the Intergovernmental Science-Policy Platform onBiodiversity and Ecosystem Services (IPBES), described the pledge as “outstanding” and praised the links leaders have made between the destruction of the natural world and the Sustainable Development Goals. But Sir Watson cautioned what was possible without the signatures of major polluters.

“Many of the most important countries in the world that are causing climate change due to their emissions of greenhouse gases, and/or are destroying their biodiversity, are not signatures to this pledge. Without countries such as the USA, Brazil, China, Russia, India, and Australia we cannot succeed in achieving the Paris Climate goal or halting and ultimately reversing the loss of biodiversity,” he told the Guardian.

Marco Lambertini, the director general of WWF International, said: “The Leaders’ Pledge for Nature marks a pivotal moment with countries demonstrating real leadership from the highest political level, and committing to reverse biodiversity loss by 2030. We call on all leaders to build on this ambition at the forthcoming UN summit on biodiversity.”

Find more age of extinction coverage here, and follow biodiversity reportersPhoebe Weston and Patrick Greenfield on Twitter for all the latest news and features