Why a significant global price on carbon is critical. 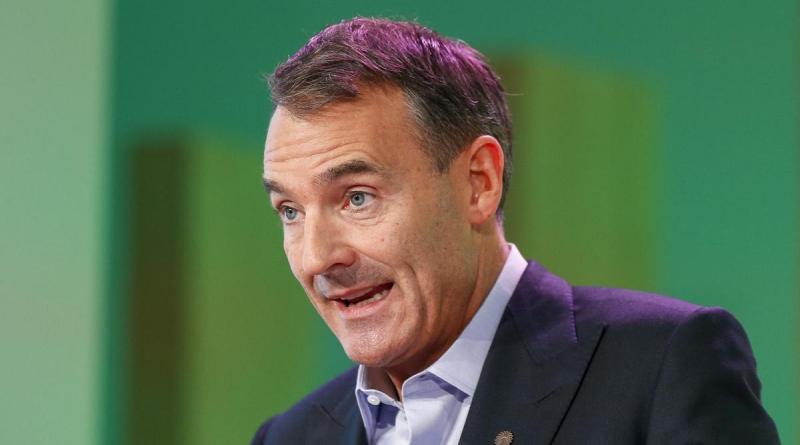 Like New Year’s resolutions, oil companies are promising to go on strict diets later – but not yet. In recent months, an increasing number of big firms have committed to becoming carbon-neutral – in their own operations, or even including the oil and gas they sell. This is not a matter of shedding a few surplus kilos – but of fundamentally reshaping their physiques.

Petroleum producers are under increasing pressure from environmental groups and shareholders to lay out a long-term sustainable diet. The Paris climate agreement of 2016 on limiting global warming to no more than 1.5 degrees Celsius requires greenhouse gas emissions to reach net zero by mid-century.

So, oil companies are promising to limit their climate-changing emissions, divided into Scopes 1, 2 and 3. Scope 1 are a firm’s direct operational emissions from burning oil and gas or leaking methane. Scope 2 is emissions from electricity purchased for its own use.

But Scope 3, by far the largest and most difficult to deal with, are those from the hydrocarbons produced by a company when they are sold to and used by customers – over whom the oil company has no control. There is also question whether Scope 3 covers petroleum not produced by a company but refined or traded by it – in which case it would be double-counted by the original producer.

For instance, in the case of BP, its Scope 1 and Scope 2 emissions are each about 55 million tonnes of carbon dioxide equivalent annually, about those of a smaller European country such as Portugal. Its own production Scope 3 is about 360 million tonnes, as much as the UK’s. But emissions from its sales of third-party production amount to 1 billion tonnes, not much less than Japan’s.

In December, Spain’s Repsol was the first oil company to set a net-zero target by 2050, including all its sale of products. At Davos in January, the heads of major oil companies are said to have met privately to discuss how to reduce Scope 3 emissions.

BP’s new chief executive Bernard Looney has set the most ambitious target among major corporations: earlier last month, he vowed to eliminate all its emissions, including Scope 3, by 2050, and cut the intensity of third-party hydrocarbons his firm sells by half.

Shell, Italy’s Eni, Norway’s Equinor have targets for near-zero Scope 3 emissions by 2050. Shell also offers British and Dutch motorists the chance to pay extra to offset emissions from their fuel purchases. Adnoc targets a 25 per cent reduction of its own emissions intensity by 2030. The American supermajors and most national oil companies have not announced zero-carbon goals.

Most of these targets are thirty years away, which seems a long time, but is not that long, given the long-life cycles of major hydrocarbon fields, refineries and petrochemical plants. Yet as Mr Looney conceded, the plans announced so far remain very light on detail. What can companies actually do to achieve them?

Tackling their own emissions is relatively straightforward. They can avoid high-carbon assets such as heavy oil, shift their portfolio from oil to gas, improve energy efficiency, purchase or generate renewable energy to run their operations, switch to electric rather than gas- or oil-powered turbines and generators, eliminate methane leaks from gas facilities, and fit carbon capture and storage (CCS). A small amount of remaining greenhouse gases can be “offset” by methods such as paying to plant trees, which soak up carbon dioxide as they grow.

The intractable problem is Scope 3 emissions. They are between four to ten times larger, for a given company, than its direct emissions. They are inherent to the process of burning oil or gas. And they are released not by the company itself but its customers – drivers, people cooking and heating their homes, power plants and industries.

Even in the International Energy Agency’s Sustainable Development scenario, 2040 world oil consumption is 67 million barrels per day – down from 100.5 million bpd today, but still far from zero. Meanwhile gas use will be barely lower than today.

The major Western international oil companies (IOCs) could perhaps transition entirely to non-fossil energy, or go out of business, by mid-century. But that still leaves a huge quantity of hydrocarbons to be produced by firms from the Middle East, Russia and China – who might buy up or take over assets abandoned by their erstwhile competitors. National oil companies have reserves lives at current production levels of many decades, compared to 10-20 years for the IOCs.

Emissions from power plants and industries can be partly dealt with by capturing carbon dioxide rather than releasing it into the atmosphere. This does not suit smaller-scale and mobile sources, such as vehicles. Oil and gas could be used to generate electricity for battery transport, but renewables are increasingly the cheapest form of new electricity. Or, hydrocarbons can be converted to long-lived petrochemicals such as some plastics, or to hydrogen, a clean-burning fuel suitable for ships, aircraft, home heating and heavy industry.

Finally, petroleum producers could pay, or require their customers to pay, to remove carbon dioxide directly from the atmosphere, whether through trees or other, artificial methods labelled ‘direct air capture’.

Most of these activities are not viable until there is a significant global price on carbon. Scope 3 emissions are everyone’s responsibility – but it is the oil companies who will be blamed, and the oil companies who have to come up with solutions. They have at most three decades to break through on the commercial, policy and technical fronts. Otherwise, their good resolutions will be forgotten.

Robin M. Mills is CEO of Qamar Energy, and author of The Myth of the Oil Crisis

Bernard Looney, chief executive officer of BP,  has set the ambitious target of eliminating all of the company's emissions, including Scope 3, by 2050. Bloomberg

IETA: Effective Article 6 trading rules could save up to $250 billion/yr for climate action by 2030, study finds.