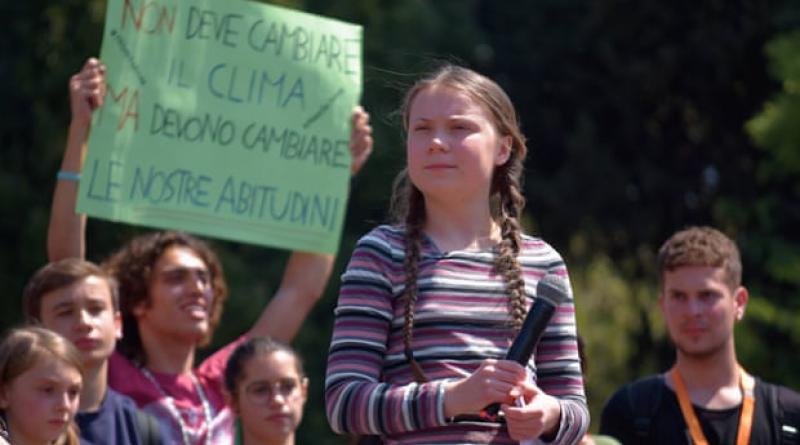 Thunberg isn’t a Covid-19 expert, but she’s world-renowned activist using her platform to inform people about the pandemic.

Shortly after CNN announced yesterday that 17-year-old climate activist Greta Thunberg would join a panel of experts discussing the coronavirus, the backlash began.

“What place does Greta Thunberg have in this town hall?” asked the New York magazine journalist Yashar Ali. On the other side of the spectrum, Fox News pundits and Donald Trump Jr also took issue with Thunberg’s name being on that list. 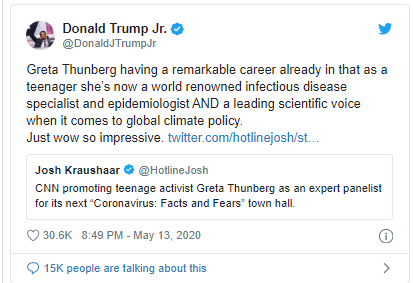 It is worth noting that Don Jr frequently takes the stage with no qualifications other than being his father’s son. Fox News, meanwhile, has a rotating roster of non-experts debating people whose job it is to know better than them. We’ve seen climate-deniers who debate scientists about climate change; unlicensed health practitioners who debate what actual doctors have told us; and commentators who have compared Black Lives Matter to the KKK debate civil rights activists on what racism is. We are hardly in expert-land here. Even if letting “people with a view” challenge experts can sometimes produce good debate, it can also run the risk of creating a false equivalence between the two.

So is CNN right to have Thunberg on? Thunberg is hardly a coronavirus expert, but she is world-renowned climate activist – and has already spoken about how the pandemic should inform our response to climate justice in a post-pandemic world.

Thunberg’s activism also gives her an undeniable platform which she has used to inform people about the pandemic. After showing mild symptoms of Covid-19 in late March after a trip around Europe, Thunberg chose to quarantine away from her family for two weeks and encouraged other young people to do the same. 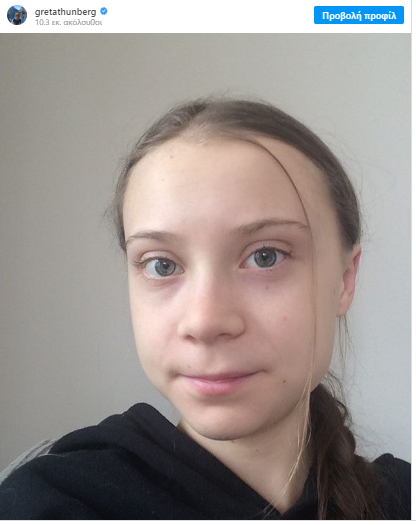 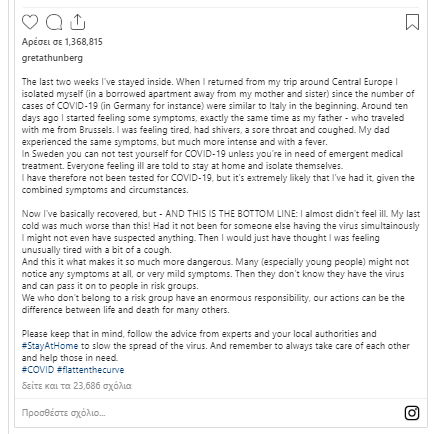 Without Thunberg, the panel for “Coronavirus Facts and Fears” – which includes the CNN broadcasters Dr Sanjay Gupta, 50, and Anderson Cooper, 52; Kathleen Sebelius, 71, the former health secretary; and Richard Besser, 60, the former Centers for Disease Control and Prevention director – has an average age of 58.

That makes sense: expertise often takes years to accrue. But it also makes sense to have a young voice that carries influence on the panel. Young people are less vulnerable to the virus and so they might take its risks less seriously, but they also tend to be more socially agile. Studies analyzing the early outbreak of Covid-19 suggest that about four in five people who have spread the disease probably didn’t know they had the virus. In other words, young people could play a vital role in preventing its spread. 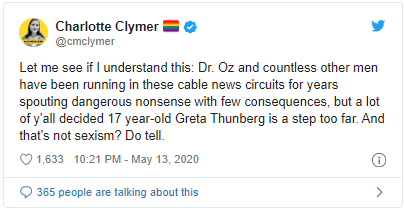 Some have suggested that sexism might play a role in the shock people are expressing at Thunberg’s appearance. It is hard to imagine the same outrage if the journalist Chris Cuomo – who was recently diagnosed with Covid-19 – was invited to the town hall. In fairness, Cuomo had proof that he had the coronavirus. But isn’t that kind of the point? Most people who aren’t wealthy or famous simply aren’t able to get tested – certainly many young people won’t. Medical guidelines also encourage people without severe symptoms not to get tested.

Viewed in this light, Thunberg – a young person who showed symptoms that weren’t bad but decided to stay home anyway – has one of the most important experiences on the panel.

Greta Thunberg Says It’s ‘Extremely Likely’ That She Had Coronavirus.

Greta Thunberg and children's group hit back at attempt to throw out climate case.