What will the next decade bring? Here are 20 predictions from trend forecasters. 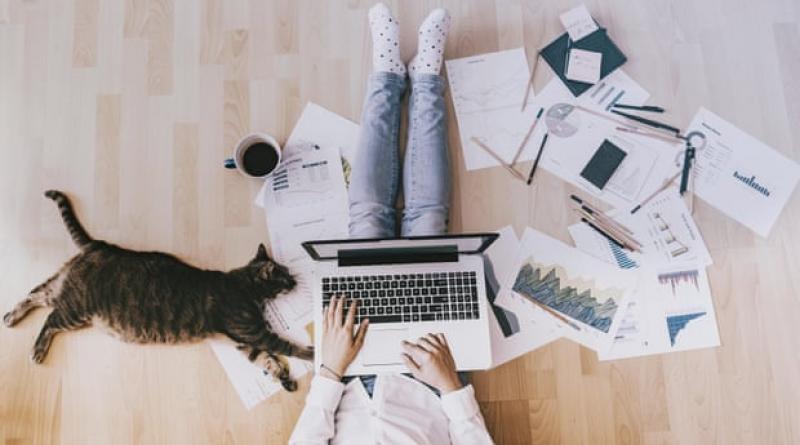 Like all predictions, these should be taken with a grain of salt ...

At the beginning of every year, trend forecasters the world over put together expensive reports predicting what the future will bring. As a trend forecaster myself, I’ve read literally hundreds of predictions in the past few weeks made by the likes of McKinsey, WGSN and countless others so that you don’t have to. So, what do these professional speculators of the future think the next few years hold?

Like all predictions, these should be taken with a grain (or boulder) of salt. For example, the firm Mintel “predicts” that by 2030 “corporations will shape transnational politics”, something they have clearly already been doing for decades, or that by 2025 “more subtle gender labels will emerge”, something that’s also already here. Barclay’s 150 trends for investors to watch in the 2020s report, meanwhile, puts smartdust (microscopic sensor systems) in the same “unlikely to happen” quadrant as cryptocurrencies, which are booming. Needless to say, operating in the realm of the speculative and pandering to potential clients is an unsteady combination, though not without its jewels.

Still, here is a sampling of the big and compelling trends that forecasters seem convinced will come to pass, if not in 2021 then over the next five to 10 years:

Remote work due to Covid-19 has exposed the inadequacies of compulsory office attendance; now that people are working from home, it will never go back to the way it used to be; geographical requirements around talent acquisitions will loosen or expand beyond urban centers.

2 End of the open-plan office

Besides being notoriously difficult for concentration and privacy, an airborne pandemic has lessened the appeal of cramming big groups of people shoulder to shoulder in a single room.

Microsoft is reportedly introducing a “virtual commute” feature intended “to create mental bookends for the remote workday”. It is also partnering with the meditation app Headspace to add a new “emotional check-in feature”.

Like nutrition facts on food, listing carbon expenditures related to various products on their packaging or in marketing materials will become a norm. This could be used to justify higher prices for certain more “carbon-responsible” items.

You know how iPhone’s Face ID can trigger Apple Pay’s contactless payments? Now imagine this technology being available in many retail settings, and in various implementations outside of the Apple ecosystem.

Live shopping, already extremely popular in China, is like Instagram Live meets the Home Shopping Network – influencers show-and-tell products live on social media, which have particular discounts and promotions only while the feed is rolling. Forecasters predict this will become globally popular in the near term.

Cities and suburbs are looking for places to downshift development and add urban greenery to compensate for rising C02 emissions. Especially if carbon sequestration is eventually monetized, this could have an impact on land use overall, since owning undeveloped forest land would be profitable. This may point to a shift away from increasingly elusive home ownership toward permaculture land ownership.

As the pandemic has interrupted schooling for millions, new relationships to online learning will continue to flourish, in addition to trends like unschooling, which will penetrate new demographics (beyond the fringe). The weight of student debt and continued class conflict will also draw people away from the traditional path of college education.

Rising vegetarianism and the advancement of home cooking in the pandemic are two drivers for the rising excitement around these versatile fungi. (My firm Nemesis wrote a trend report last year called The Umami Theory of Value, so I am not surprised about this trend!)

10 Ultra spicy is the new umami

Forecasts say people will get increasingly excited about painfully spicy flavors, such as those found in ghost peppers and extra-strong chili sauces.

Shrooms are the new weed, commercially speaking, as new firms and funds scramble to monetize psilocybin in advance of its extended clinical applications. Psychedelics as a class of drugs continue to be destigmatized, relative to other drugs. Forecasts see this reaching a new level of mainstream saturation in coming years.

Perhaps unsurprisingly, global uncertainty has led to a boom in escapism, and all signs point to this continuing strongly into the next decade. Fantasy can and will take various forms, including long-form immersive gaming experiences, ketamine’s recreational popularity and new acceptance as a clinical treatment, and increasing commercial emphasis on the worlds of young adult literature and its spin offs across media.

Immersive, photo realistic imagery in the form of Instagram-style filter layers will become widespread beyond just phones when applied via increasingly mature augmented reality systems, forcing people to question the relationship between the visual and the real, and potentially fragmenting consensus reality even further.

Consumer backlash against big tech has been heralded for years, but its widespread implementation finally seems likely. Mainstream awareness of the data power imbalance with big companies will make consumers happy to pay for things like search, email and VPN instead of having companies use their data. Increasing attention to the power imbalances of this model will lead to the adoption of more niche services and platforms.

Fashion designers and retailers will create markedly different strategies for fashion that appears on the upper body, ie above “the Zoom line” compared with the bottom half of the body, which isn’t usually visible on screen.

18 Return of the facelift

More invasive procedures such as surgical facelifts will regain popularity – people are tired of paying over and over for fillers, which is more like a subscription model. Superusers say a surgical facelift is cheaper in the long run, and forecasts seem to be aligned with them, as the plastic surgery sector will continue to boom overall.

Stripped-down rap with no melody is perfect for soundtracking viral TikTok videos; the trend of stripping out elements may expand widely into various categories of music and media.

Spotify’s move toward mood-driven instead of genre-driven playlists has been successful to the point of suggesting that musical genres themselves will be increasingly outmoded in the coming years – or at least completely illegible.

Child labour, toxic leaks: the price we could pay for a greener future.