What Schneider Electric’s Recent Move Reveals about the Microgrid Market. 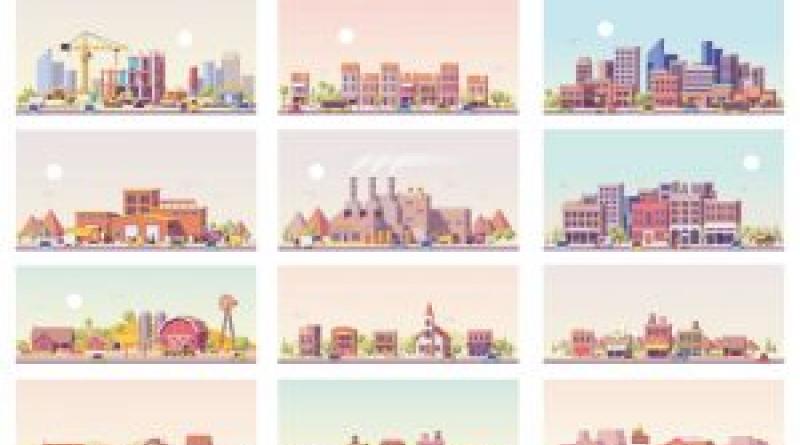 To understand the movement of the microgrid industry, its instructive to watch it’s large players, particularly, right now, Schneider Electric. The company has been navigating the industry’s tributaries for the last five years and seems to be signaling it sees an ocean ahead.

The signal came in the form of Schneider’s mid-August announcement of a new company it has formed with Huck Capital, a San Francisco-based private equity firm focused on clean energy. What’s noteworthy is the partnership’s customer base. It’s targeting microgrids for small to medium-sized buildings, those with an electrical load under 5 MW. Schneider has identified this as a massive market, representing 90% of buildings in the US and Canada.

Pursuing this customer base marks a demarcation from Schneider’s Alphastruxure play, a company it launched last year with theCarlyle Group to bring microgrids to airports, ports and other large infrastructure projects, such as the John F. Kennedy airport modernization. Where Alphastruxure pursues the big and few, the new company wants to serve many.

So with the formation of the new company, yet to be named, Schneider suggests that it sees a big expansion in the pool of likely microgrid candidates. Not so long ago that pool was much smaller, limited mostly to campuses and military bases.

To be clear, Schneider is not the only company going after the small-to-medium building market. Many others, particularly smaller niche players or those with specialized technologies, have been installing microgrids within this size scape, among them Bloom Energy, Enchanted Rock and Powersecure.

But the move by Schneider is significant because of the company’s size and market clout — Schneider has 135,000 employees worldwide and annual revenue of over $27  billion. The company has used its sizable resources to both navigate its way through the microgrid market and nudge it forward.

In a recent interview, Mark Feasel, Schneider’s president of smart grid, North America, described the company’s journey as a drive to change the energy landscape.

He said that the market’s first step toward transformation began about five years ago when technology allowed easier integration of renewable energy into microgrids. This expanded the value proposition, particularly as renewables dropped in cost. Now microgrids not only promised resilience — a benefit that gave them appeal to hospitals, military bases and data centers — but they also offered sustainability with a better price point.

“You went from a very niche market to one where every energy consumer could probably benefit in some way,” Feasel said.

But accessing those benefits wasn’t necessarily easy for many would-be microgrid adoptees because of technical, regulatory and financial complexities. Many potential customers lacked the expertise to determine the best mix of generating assets for their microgrids; nor could they figure out the control technology. They struggled interconnecting their systems to the utility grid. And above all that, it was hard for them to wrangle capital out of their budgets to pay for microgrids.

So Feasel started working on reducing complexity, or if not reducing it, then shifting it away from the customer to a party in the business relationship that could handle it.

One of Schneider’s first steps involved introducing cloud data and analytics to microgrid development to help shift the technical struggle away from the customer. This came in the form of machine learning and more powerful computing for decisions about weather, pricing and other parameters that may determine microgrid asset choices as well as operations on any given day.

“You can use bigger and more complex computers to work on those problems, and you can share the processing power across many different people, vastly decreasing the cost and simplifying what you need to do on site,” he said.

Next, Schneider transferred installation from the customer’s site to the factory floor. The company began building more of the microgrid off site, delivering to customers something akin to a microgrid-in-a-box.

“We’re getting to the point now where what shows up on the site can be installed by an electrical contractor and not an army of engineers,” Feasel said. “A lot of the commissioning can happen remotely.”

The most significant change, however, involved microgrid pricing. The industry introduced the as-a-service concept, which spares the customer any financial, regulatory and operational  risk, since a third party owns and operates the microgrid. Customers make no capital investment, but instead pay only for the services they obtain from the system. Schneider calls this energy-as-a-service; others use similar terms such as microgrid-as-a-service.

“You went from a very niche market to one where every energy consumer could probably benefit in some way.” — Mark Feasel, Schneider Electric

Schneider was able to wrap all of these services into its Alphastuxure product and now is doing the same with the new company.

“Schneider’s a big company. Of course, we could transfer all those risks to ourselves, but that’s not what our shareholders expect of us. We’re an energy IoT company. We’re a company that digitizes energy systems. We deliver efficiency and productivity and safety through technology,” Feasel said.

The company also expanded its partnerships, undertaking projects with utilities or their competitive affiliates, among them Constellation and Duke Energy. Schnieder also began partnering with electrical contracting companies, capitalizing on their close relationships with customers, and smaller microgrid players, such as Scale Microgrid and Faith Technologies.

Going where the world is

All of this has led Schneider to the new venture, a company that wants to bring microgrids to a more mass market, the place “where most of the world is” — the grocery stores, elementary schools, fast-food chains, and the myriad of other businesses housed in small to medium-sized buildings that could benefit from a microgrid.

Schneider chose Huck Capital because it wanted a partner that shared its desire to change the energy landscape, Feasel said.

The pickup truck of microgrids

Feasel says that Schneider’s move into microgrids for smaller buildings is analagous to Elon Musk’s decision to introduce the Tesla Cybertruck.

“I remember thinking to myself, I was like, “Gosh, why would you go with an electric pickup truck? Don’t we have to worry about getting some cars out there first? But what Elon said was, ‘Look, if we’re going to change the world, 50% of all vehicles sold are pickup trucks. So, we can go and put electric vehicle cars out there, but you’re really not changing the landscape unless you’re attacking 50% of the market.'”

So what’s next for Schneider? After the building market, will it look at the home microgrid or nanogrid, a market that is beginning to show some simmer, especially in California?

Feasel isn’t saying. He did point out Schneider’s Wiser Energy, a home energy monitoring device, and the related Sense app, as examples of the company’s interest in the smart home.

But he added, “With respect to taking energy-as-a-service down that far, that’s still pretty nascent. There’s many other kinds of challenges when you attempt to think at that very small scale,” he said, adding. “But look for some really cool technology that will help folks make the most of their energy.”

Right timing for the microgrid industry

Meanwhile, Schneider sees big things ahead for the new company, which arrives at a time of heightened interest in microgrids as wildfires, extreme heat and hurricanes jeopardize electric reliability and underscore concerns about climate change.

“We know in the current crisis companies need to conserve cash, and our solution will enable them to decarbonize and reduce energy costs — while freeing up capital to keep their business running,” said the new company’s CEO Jose Lorenzo.

So keep an eye on nearby schools, fast-food chains and grocery stores. A microgrid may be coming to your neighborhood.

Are Microgrids the Way of the Future?