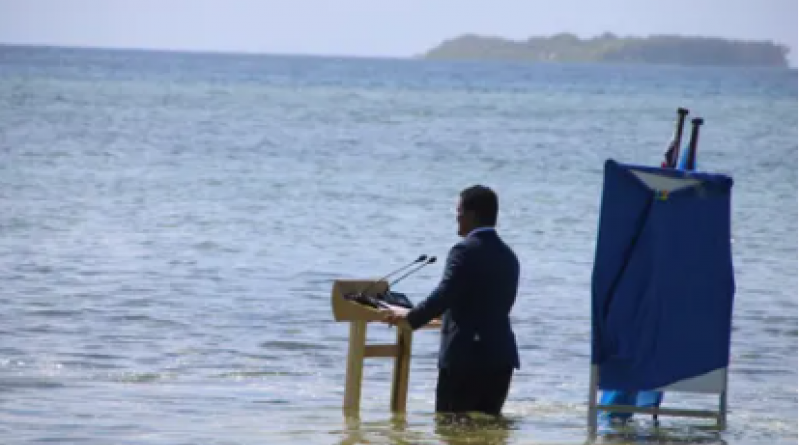 “Loss and damage” is the phrase for the destruction already being wreaked by the climate crisis on lives, livelihoods and infrastructure. It has become a critical issue at Cop26, with the potential to make or break an ambitious deal in Glasgow.

Vulnerable and poor countries, which did little to cause the climate crisis, arrived with a determination to win a commitment from rich nations to compensate them for this damage.

It has become perhaps the most bitterly fought-over issue of all, with the low-income nations believing they have a moral right to this money – some call it compensation or reparations. Rich parties such as the US and EU are very reluctant to comply, fearing exposure to unlimited financial liabilities.

With vulnerable nations seeing the climate emergency as a matter of life or death for their people, emotions have run high in the summit halls. Kenya’s delegate told attenders that 2 million people were facing starvation due to a climate-caused drought, while Tuvalu’s delegate said his island nation was “literally sinking” amid sea level rises: “It is a matter of life and survival for many of us.”

To date, just £2m has been offered for loss and damage, by Scotland, and potentially another few million from philanthropic organisations. But the costs are already many billions every year. This puts loss and damage funding far behind the other two main finance issues: money for clean energy in poorer nations is at almost $100bn a year and the funding to adapt to climate impacts is at about $20bn a year and expected to double by 2025.

The push for loss and damage funding is coming from a powerful grouping of nations at Cop, called the G77 + China but actually representing 130 nations and 85% of the world’s population. They want a “loss and damage facility” to be established by Cop26, a formal delivery body for funding. They are not actually demanding cash on the table yet.

They said that, despite the backing of most countries, the Cop26 president, Alok Sharma, had not put the facility in the draft text and blamed the US and EU for blocking it. Instead, “technical assistance” was proposed.

“If you had your house burned by fires or destroyed by sea level rise, the [proposal] the rich world wanted was only going to pay for the expert to assess the damage, but not to pay you to rebuild your house,” said Mohammed Adow, at Climate Action Network International.

“The country that is actually [running] the talks, the UK, actually cut aid to climate-hit countries, just before we got to Glasgow,” he said. “So it has little credibility when it comes to getting the rich world, who are historically responsible for causing climate change, to create a facility and increase funding for loss and damage.”

A new proposal in the draft text published on Saturday morning said: “Decides to establish [a] dialogue between parties, relevant organisations, and stakeholders to discuss the arrangements for the funding of … loss and damage.”

Jennifer Tollmann, at the thinktank e3g, said: “There is a very clear crisis point around the issue of loss and damage. [Leaders of vulnerable nations] have come to Glasgow to get an answer to the question of how are they going to help their citizens deal with the devastation that they are experiencing on a yearly, sometimes monthly basis? They can’t afford to go back without an answer.”