What ‘greenwashing’ is (and how to spot it) 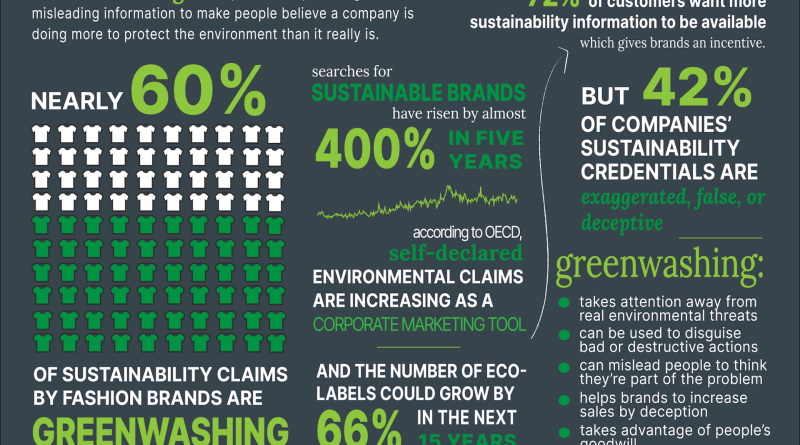 What ‘greenwashing’ is (and how to spot it)

Greenwashing isn’t about getting your dishes clean using the least amount of water. Nor is it an innovative way to clean vegetables. No, it’s much more insidious than that.

COP26: ‘Serious lessons’ to be learned as Glasgow summit proves to be the most polluting COP in history

Greenhouse gas emissions from the United Nations climate summit in Glasgow were nearly 30 per cent higher than first forecast, with the UK government using a firm in an offshore tax haven to buy carbon offsets in the wake of last November’s gathering of world leaders.

A sustainability report produced for the UK government - the host of the UN Climate Change Conference of the Parties (COP26) - shows it was the most polluting COP in history, generating residual greenhouse gas emissions totalling 131,556 tonnes of CO2e.

That is not only markedly higher than the emissions forecast last November, when organisers predicted a figure of 102,500 tCO2e, but it also vastly outstrips the pollution from previous COPs. The figure is 157 per cent up on COP25, which was held in Madrid, and 205 per cent higher than the high-profile COP21 summit in Paris, which generated just 43,000 tCO2e.

The new report also confirms the Glasgow gathering produced the highest ever level of greenhouse gas emissions from delegate travel, totalling 103,955 tCO2e - around 79 per cent of the emissions total. That is approximately 2.7 tonnes for each of the 38,462 delegates - the average person in the UK is responsible for around seven tCO2e of emissions a year.

At the time of the summit, there was condemnation of the widespread use of private jets by leaders and their travelling parties. Some 118 different business jets flew into Glasgow and Edinburgh airports in the days leading up to the conference, with around 50 jets landing at the hubs on the opening day. Some jets then flew on to Glasgow Prestwick Airport in order to park.

In a foreword to the report, Alok Sharma, the CO26 president, declared it as “an indispensable guide to future host countries and to the events industry”. He said the government showed an “unprecedented” degree of rigour in COP carbon accounting, which put the UK “at the forefront of sustainable event planning”.

“This is pretty hard to understand in a country where almost all of our electricity comes from renewables. Serious lessons need to be learnt from the carbon excesses of COP26.”

It comes amid mounting scrutiny of COP26’s legacy. Six months on, there is little progress on climate finance, and emerging evidence of countries turning back towards coal, sparked in part by the war in Ukraine and the resultant energy crisis.

While the gathering - the largest international summit ever held in the UK - ultimately achieved carbon neutrality, there are also growing questions over how the UK government achieved such a standard.

An accompanying report, produced by Arup, the government’s sustainability consultant for the event, shows a major carbon offset strategy was pursued, with the government purchasing 136,720 tCO2 equivalent of carbon offsets across projects around the world.

However, such initiatives have been condemned by environmental groups, who argue it is a fundamentally flawed approach to cutting emissions, and will only worsen the climate emergency in the long run.

Friends of the Earth has said the use of carbon and nature offsets amounts to an “offloading of governmental responsibility” and a “convenient excuse” for governments, businesses and individuals intent on avoiding potentially difficult decisions.

There are also concerns over how the UK government bought its offsets. While some carbon offsets were purchased at projects in Vietnam, Laos, Honduras, and the Pacific Ocean island nation of New Caledonia, Arup’s report notes that more than 40 per cent of the total - 58,839 units - went to a clean cookstove initiative in the West African country of Ghana.

However, the UK government purchased the units via ClimateCare Limited, a company based in the offshore tax haven of Jersey. REDD Monitor, a group which investigates the use of offsets, has pointed out that details of ClimateCare’s corporate arrangements emerged via the 2017 Paradise Papers leak.

Dr Dixon said: “The UK government may have tried to get this right by using their spending to fund projects that really reduce carbon and make people’s lives better. But in one of the big purchases, from ClimateCare Limited, they may have made a mistake.

“You have to ask why an organisation that is supposed to be about doing good in the world needs to be based in a tax haven. The UK government should have smelled something fishy and looked elsewhere."

Elsewhere, the Arup report also details some of the other significant drivers of pollution at the event. The decision to sail a cruise ship up the River Clyde and use it to provide accommodation near to the Scottish Event Campus venue had a major environmental impact, generating approximately 7,350 tCO2e of emissions.

It also shows that despite vows in the COP26 event strategy to “effectively manage waste by repurposing or recycling wherever possible”, just 53 per cent of waste - nearly 61 tonnes - in the summit’s prominent blue zone was recycled.

The report notes that “due to circumstances beyond our control”, a change in the blue zone’s waste management contractor was required in October, just weeks before the summit got underway.

“This meant that there wasn’t as much time to engage with and work with the new contractor to make sure that recycling was the absolute priority for materials,” it adds.

A UK government spokesperson said: “The UK is proud to have hosted COP26, the most important climate negotiations since the Paris Agreement and the largest international summit the UK has ever hosted.

“The UK was fully committed to delivering a sustainable, carbon-neutral summit and is delighted that COP26 was the first COP to achieve PAS 2060, the international standard for carbon neutrality.

“To demonstrate our commitment to sustainability, we took the decision to include a significantly larger set of indirect emission sources in our carbon reporting for COP26 than was required in order to provide a more complete picture of the carbon impacts of hosting a COP, and a new baseline for future international events.”

Greenwashing is a performance of sustainability without any of the action of sustainability. At its simplest, greenwashing can be subtle packaging tricks. Think of the battery-farmed eggs with pictures of rolling hills and verdant countryside on the box. It’s not making an outright claim but it is trying to guide us away from the reality of how those eggs were farmed.

On a much larger scale, greenwashing can affect culture in pretty massive and alarming ways. We’re all familiar with the concept of a carbon footprint, right? But how many of us know that the term ‘carbon footprint’ and the concept of carbon footprint calculators were the invention of BP with the help of ad agency Ogilvy? The idea being that it’s individuals that are responsible for heating the world by going to work, travelling and eating food – rather than the responsibility of enormous oil conglomerates who have leaked hundreds of millions of gallons of oil into the Gulf of Mexico.

And yes, clearly it’s a good thing for all of us to be aware of our carbon footprints but having a company like BP be the arbiter of our actions is greenwashing of the highest order.