What does the US-China row mean for climate change? 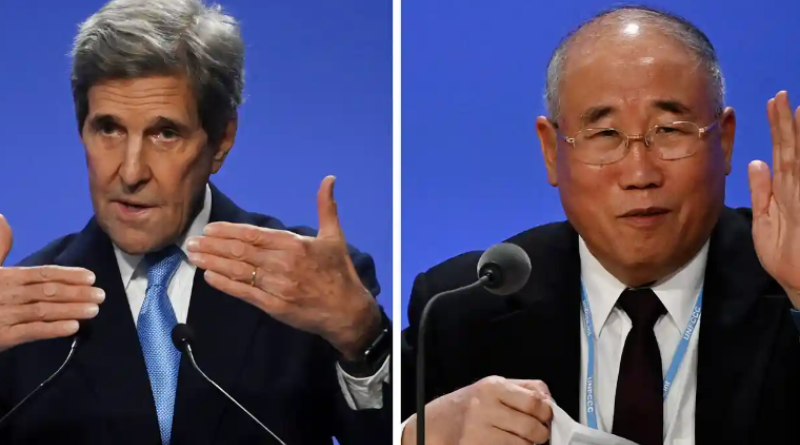 China’s decision to halt cooperation with the US over the climate crisis has provoked alarm, with seasoned climate diplomats urging a swift resumption of talks to help stave off worsening global heating.

On Friday, Beijing announced a series of measures aimed at retaliating against the US for the “egregious provocation” of Nancy Pelosi, the speaker of the US House of Representatives, visiting Taiwan. China, which considers Taiwan its territory and has launched large-scale military exercises near the island, said it will stop working with the US on climate change, along with other key issues.

While the extent of China’s withdrawal from climate discussions is still not clear, the move threatens to derail the often fragile cooperation between the world’s two largest carbon emitters, with only a few months to go before the crucial UN Cop27 in Egypt this autumn. Experts say there is little hope of avoiding disastrous global heating without strong action by the US and China, which are together responsible for about 40% of the world’s greenhouse gas emissions.

The rupture in relations has occurred amid a summer of climate change-fuelled disasters, with record heatwaves and wildfires sweeping the US and Europe, punishingly high temperatures scorching India and China, and ruinous flooding affecting the US, south Asia and Africa.

The US is on the brink of passing landmark climate legislation at home, but collectively the world’s governments are still not doing enough to avoid breaching agreed temperature goals. The goal of limiting heating to 1.5C is “on life support” with a weakening pulse, António Guterres, the UN secretary-general, warned last month.

“US-China relations have always been a rollercoaster and we often witness flare-ups, but while you can freeze talks, you cannot freeze climate impacts,” said Laurence Tubiana, chief executive of the European Climate Foundation and a key architect of the Paris climate accords.

“It’s in the self-interest of China and the US to act on climate and start talking. Indeed, China recognizes its own self-interest to act; it is still committed to Paris and is moving forward on domestic pledges around methane and coal phasedown.”

The US and China have accused each other of not doing enough to cut planet-heating emissions at various points in recent years. China attacked US “selfishness” when then-president Donald Trump rolled back various environmental protections in 2017, while Joe Biden, Trump’s successor, last year claimed the Chinese president, Xi Jinping, had made a “big mistake” by not attending the Cop26 climate summit in Scotland.

However, the two powers achieved a breakthrough at the same talks in Glasgow in November, agreeing a surprise plan to work together “with urgency” on slashing emissions. Xie Zhenhua, the head of China’s delegation, said both countries must “accelerate a green and low carbon transition”. John Kerry, the US climate envoy, acknowledged that the nations have “no shortage of differences” but that “cooperation is the only way to get this job done. This is about science, about physics.”

This rapprochement on climate has helped foster collaboration between US and Chinese organizations, as well as providing leadership to other countries, according to Nate Hultman, a former aide to Kerry and now director of the Center for Global Sustainability at the University of Maryland.

“The US and China working together is an important dimension of addressing climate change, it has the potential to motivate others to do more,” said Hultman.

“The broader relationship is very complex but both countries understand this is not just a bilateral issue, there is a global dimension to this. That is what I hope will bring them back together. Hopefully this suspension is brief and they can get back to the table as soon as possible.”

Hultman said that while high-level climate talks could now be curtailed, other bilateral collaboration may continue, although details on this are still scant. Regardless of the situation between the US and China, progress could still be made at the Cop27 talks in Egypt, he insisted.

“This has been challenging and at times we are going to stall out,” Hultman said. “But Cop27 won’t just crash out if the US and China don’t iron out their differences. We would have to focus on what else can be done as an international community.”