What are the most effective ways to get cars out of cities? 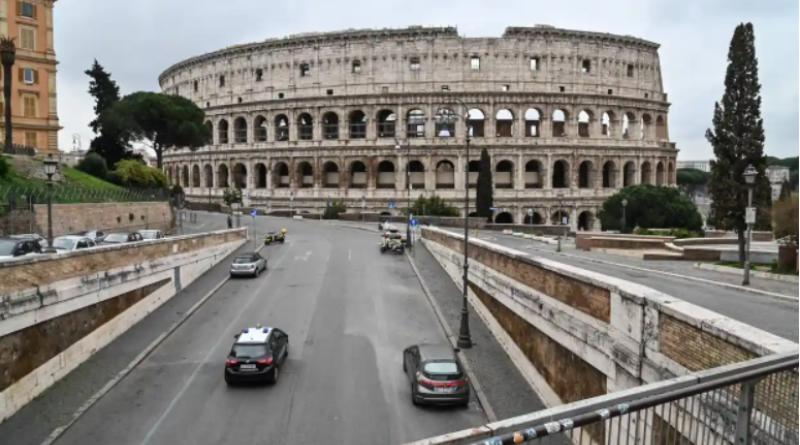 Getting cars out of cities has become an international focus. But city officials, planners and citizens still do not have a clear, evidence-based answer to the question: what works to reduce car use in cities?

We screened almost 800 peer-reviewed reports and case studies from throughout Europe published since 2010, and used real world data to rank the 12 most effective measures that European cities have introduced.

The ranking reflects cities’ successes not only in terms of measurable reductions in car use but in achieving improved quality of life and sustainable mobility for their residents.

Our study, carried out at the Lund University Centre for Sustainability Studies and published in Case Studies on Transport Policy, finds that more than 75% of the urban innovations that have successfully reduced car use were led by a local city government – notably, those that have proved most effective, such as a congestion charge, parking and traffic controls, and limited traffic zones.

Narrow policies do not seem to be effective – there is no “silver bullet” solution. The most successful cities typically combine a few different policy instruments, including both carrots that encourage more sustainable travel choices, and sticks that charge for, or restrict, driving and parking.

The research is clear: to improve health outcomes, meet climate targets and create more liveable cities, reducing car use should be an urgent priority. Yet many governments in the US and Europe continue to heavily subsidise driving via a combination of incentives such as subsidies for fossil fuel production, tax allowances for commuting by car, and incentives for company cars that promote driving over other means of transport. Essentially, such measures pay polluters while imposing the social costs on wider society.

Ranked: 12 ways to reduce car use in cities

Mobile phone technology is, unsurprisingly, a growing aspect of strategies to reduce car use. The Italian city of Bologna, for example, developed an app for individuals and teams of employees from participating companies to track their mobility. Participants competed to gain points for walking, biking and use of public transport, with local businesses offering these app users rewards for achieving points goals.

There is great interest in such gamification of sustainable mobility – and at first glance, the data from the Bologna app looks striking. An impressive (73%) of users reported using their car “less”. However, unlike other studies which measure the number or distance of car trips, it is not possible to calculate the reduction of distance travelled or emissions from this data, so the overall effectiveness is unclear. (Skipping one short car trip and skipping a year of long driving commutes both count as driving “less”.)

Many cities have experimented with personal travel analysis and plans for individual residents, including Marseille, France, Munich, Germany, Maastricht, Netherlands and San Sebastian, Spain. These programmes – providing journey advice and planning for city residents to walk, bike or use (sometimes discounted) public transport – are found to have achieved reductions of 6-12%. However, since they encompass all residents of a city, as opposed to smaller populations of, say, commuters to school or workplaces, these approaches can still play a valuable role in reducing car use overall. (San Sebastian introduced university and personalised travel planning in parallel, which is likely to have helped reduced car use further than either in isolation.)

Two English cities – Brighton and Hove and Norwich – have used (and assessed) the carrot-only measure of school travel planning: providing trip advice, planning and events for students and parents to encourage them to walk, bike or carpool to school, along with providing improved bike infrastructure in the cities. Norwich found it was able to reduce the share of car use for school trips by 10.9%, using this approach, while Brighton’s analysis found the impact was about half that much.

Perhaps surprisingly, car sharing turns out to be a somewhat divisive measure for reducing car use in cities, according to our analysis. Such schemes, where members have access to easily rent a nearby vehicle for a few hours, have shown promising results in Bremen, Germany and Genoa, Italy, with each shared car replacing between 12 and 15 private vehicles. Their approach included increasing the number of shared cars and stations and integrating them with residential areas, public transport and bike infrastructure. However, other studies point to a risk that car sharing may, in fact, induce previously car-free residents to increase their car use, so we recommend more study into how to design car-sharing programmes to truly reduce overall car use.

The Sicilian city of Catania used a carrot-only approach for its students. By offering them a free public transport pass and providing shuttle connections to campus, the city was found to have achieved a 24% decrease in the share of students commuting by car to campus.

University travel programmes combine the carrot of promotion of public transport and active travel with the stick of parking management on campus. The most successful example highlighted in our review was achieved by the University of Bristol, which reduced car use among its staff by 27% while providing them with improved bike infrastructure and public transport discounts.

A major 2010 study assessed 20 cities across the UK and found that 18% of commuters switched from car to another mode if their companies put in travel strategies and advice to encourage employees to end their car commutes, including company shuttle buses, discounts for public transport and improved bike infrastructure, as well as reduced parking provision. In a different programme, Norwich achieved near-identical rates by adopting a comprehensive plan but without the discounts for public transport. Interestingly, these carrot-and-stick efforts appear to have been more effective than Brighton and Hove’s carrot-only approach of providing plans and infrastructure such as workplace bicycle storage, which led to a 3% shift away from car use.

Introducing workplace parking charges is another effective method. For example, a large medical centre in the Dutch port city of Rotterdam achieved a 20-25% reduction in employee car commutes through a scheme that charged employees to park outside their offices, while also offering them the chance to “cash out” their parking spaces and use public transport instead.

This scheme was found to be about three times more effective than a more extensive programme in Nottingham in the UK, which applied a workplace parking charge to all big-city employers possessing more than 10 parking spaces. The revenue raised went towards supporting the Midlands city’s public transport network, including expansion of a tram line.

The most effective carrot-only measure identified by our review was a campaign to provide mobility services for commuters in the Dutch city of Utrecht. Local government and private companies collaborated to provide free public transport passes to employees, combined with a private shuttle bus to connect transit stops with workplaces. This programme, promoted through a marketing and communication plan, achieved a 37% reduction in the share of commuters travelling into the city centre by car.

Rome, traditionally one of Europe’s most congested cities, has shifted the balance towards greater use of public transport by restricting car entry to the city centre at certain times of day to residents only, plus those who pay an annual fee. This has reduced car traffic in the Italian capital by 20% during the restricted hours, and by 10% even during unrestricted hours when all cars can visit the centre.

In some European cities, removing parking spaces and changing traffic routes – in many cases, replacing the space formerly dedicated to cars with car-free streets, bike lanes and walkways – has proved successful. For example, Oslo’s replacement of parking spaces with walkable car-free streets and bike lanes was found to have reduced car usage in the centre of the Norwegian capital by up to 19%.

Drivers must pay to enter the city centre, with the revenues generated going towards alternative means of sustainable transport. London, an early pioneer of this strategy, has reduced city centre traffic by a whopping 33% since the charge’s introduction by the city’s first elected mayor, Ken Livingstone, in February 2003.

Other European cities have followed suit, adopting similar schemes after polls in Milan, Stockholm and Gothenburg – with the Swedish cities varying their pricing by day and time. But despite congestion charges clearly leading to significant and sustained reduction of car use and traffic volume, they cannot by themselves entirely eliminate the problem of congestion, which persists while incentives and infrastructure favouring car use remain.