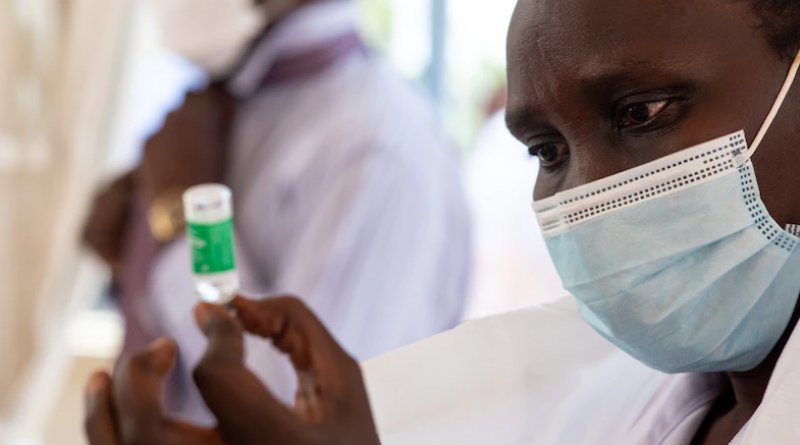 Getting COVID-19 vaccine doses into arms is cracking along in some countries, but in the poorest, it's barely started at all.

And if vaccination rates in low- and middle-income nations are not ramped up soon, experts estimate it could be 2024 by the time the COVID-19 pandemic is brought under control worldwide.

This is despite the international COVID-19 Vaccines Global Access (COVAX) program, which aims to get 2 billion doses of vaccines out to member nations, supplying them at a discounted rate for the 92 poorest countries.

Its motto is "no-one is safe unless everyone is safe".

COVAX was set up in April last year by the World Health Organization, the Coalition for Epidemic Preparedness and Gavi, the Vaccine Alliance. In the year since, 190 countries including Australia have signed up.

Some countries also announced separate commitments to donate vaccines to others.

For instance, in October, the Australian government pledged $500 million over three years to supply vaccines to South East Asian and Pacific neighbours.

These countries should — and can — step up to help end the COVID-19 pandemic, she says.

And that includes Australia.

"I think the COVAX program was a really good idea in terms of a mechanism for purchasing and distributing vaccines in an equitable way around the world," Dr Gleeson said.

"But it's been undermined by the way wealthy countries have negotiated deals with pharmaceutical companies and made a global grab for vaccines, and that has meant there's been really limited supply for COVAX to use to meet the needs of low-income countries."

Luckily, there is a way to manufacture billions more vaccine doses quickly and cheaply, and deliver them to people who need them.

How does COVAX work?

COVAX's central idea is member countries put money into the program and, in return, gain access to a pool of 2 billion doses of COVID-19 vaccine in 2021.

As 2 billion doses will not be enough to attain herd immunity around the world, the aim is to vaccinate the most vulnerable and highest risk people.

COVAX is the best way to coordinate the distribution of COVID-19 vaccines to people who need them, says Mike Toole, an epidemiologist at the Burnet Institute.

The first shipments were delivered to Ghana in February.

However, even if it manages to raise those extra funds, there's still a major spanner in the works: the market problem.

Blocking supply to COVAX are high-income countries, including the US, UK and Australia, which struck pre-emptive deals with vaccine manufacturers that, all up, are large enough to vaccinate their population many times over.

Casting your purchasing net wide makes sense, if you can afford it. Not all vaccine candidates would pass clinical trials.

"Just over half were reserved by wealthy countries, representing 14 per cent of the global population."

Even taking into account two-dose vaccines, Australia's 124 million doses on order (not counting those supplied through COVAX) could fully vaccinate the population 2.5 times.

This over-ordering, also called vaccine nationalism, means there are less vaccines available for COVAX to buy.

Some countries, such as the UK, promised to distribute surplus vaccine stock, Professor Toole said.

"We [Australia] need to get a move on to get a good number of people vaccinated before the winter, then should start sharing our reserves with our neighbours."

Neighbours such as Papua New Guinea, which is currently riding a massive surge in COVID-19 cases.

World Waking Up To Vaccine Equity.