We can now track ocean microplastics from space, by looking at how winds and water interact 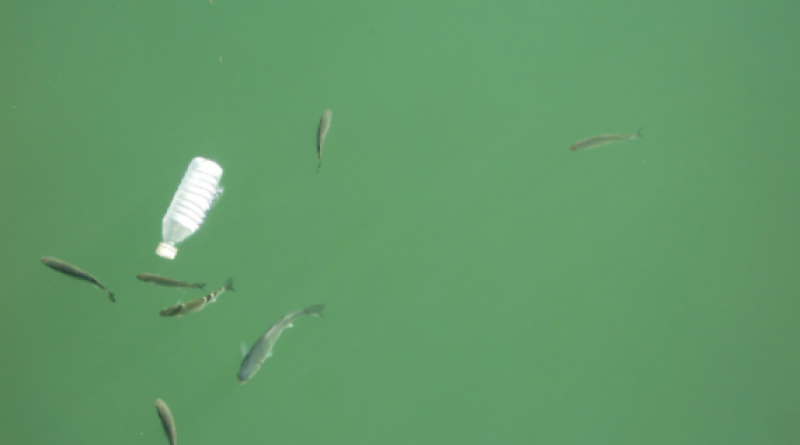 Researchers at the University of Michigan (U-M) have developed a new approach to tracking microplastics in ocean waters, anywhere in the world, on a daily basis. This relies on satellites from the Cyclone Global Navigation Satellite System (CYGNSS), which can provide a global view of the seas or zoom in on particular areas for a high-resolution look.

The team says this approach is a major improvement over current options, as most tracking methods today rely on field reports from plankton trawlers — which are unreliable. While there are still unknowns, the technique seems reliable so far.

“We’re still early in the research process, but I hope this can be part of a fundamental change in how we track and manage microplastic pollution,” said Chris Ruf, the Frederick Bartman Collegiate Professor of Climate and Space Science at U-M, principal investigator of CYGNSS and senior author on a newly published paper on the work.

Microplastics, as the name suggests, are very small pieces of plastic. They’re either produced like this for use in products like exfoliants, or result from the breakdown of larger plastics. An estimated eight million tons of plastic enter the ocean every year, and, eventually, they all degrade into microplastics. Since they’re hard to biodegrade, these particles can travel hundreds of thousands of miles on ocean currents, harming sea life and marine ecosystems as they go.

Accurately tracking microplastic movements is quite difficult, mostly due to how small they are. The new approach developed at U-M draws on CYGNSS, a constellation of satellites launched in 2016 to monitor weather patterns at the heart of large storms (and thus better predict their severity).

In order to track the microplastics in the sea, the team looks at local ocean surface roughness — a characteristic that CYGNSS was already designed to measure, using on-board radars. These are meant to allow researchers to calculate wind speeds inside hurricanes, but the team adapted the method to help them estimate microplastic content in the water.

Using independent wind speed measurements (supplied by NOAA — the US National Oceanic and Atmospheric Administration), the authors searched for stretches of the ocean that seemed less rough than they should be, considering local wind speeds. Then, they drew on field reports  from plankton trawlers to estimate local microplastic content, and then ocean current models in order to estimate which direction these would flow towards.

All in all, they report that there’s a strong correlation between areas that are ‘too smooth’ and those that have higher levels of microplastics. These changes in surface texture are likely not caused by the microplastics themselves, but by the surfactants they contain. Surfactants are a chemical family which includes several oily and soapy compounds, which got their name because they lower the surface tension of liquids they’re mixed into. The two are often released together or accumulate as they have similar behaviors in the ocean, so they travel and collect in similar ways.

“Areas of high microplastic concentration, like the Great Pacific Garbage Patch, exist because they’re located in convergence zones of ocean currents and eddies. The microplastics get transported by the motion of the water and end up collecting in one place,” Ruf said. “Surfactants behave in a similar way, and it’s very likely that they’re acting as sort of a tracer for the microplastics.”

The authors are now working on proving their approach, collaborating with their colleagues at the  Aaron Friedman Marine Hydrodynamics Lab to better understand the relationship between water surface roughness and the levels of microplastics / surfactants it contains.

As for the results we have available so far, the team reports that microplastic levels in the ocean seem to vary by season. In the Northern Hemisphere, they peak during June and July, while in the Southern Hemisphere they peak between January and February. Levels were generally lower during the summer months for both hemispheres, likely due to the influence of stronger water currents driving some of them to greater depths.

The paper “Toward the Detection and Imaging of Ocean Microplastics With a Spaceborne Radar” has been published in the journal IEEE Transactions of Geoscience and Remote Sensing.

Microplastics revealed in the placentas of unborn babies.

Microplastics Are Increasing in Our Lives, New Research Finds.