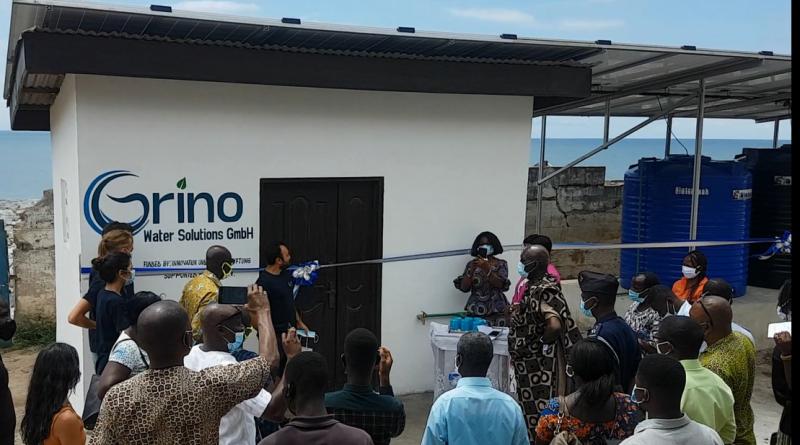 Water is not a privilege! It is the fundamental human need that influences all aspects of life. Today 1 in 3 people or 2,2 billion people around the world lack safe drinking water. 207 million people spent over 30 minutes per round trip to collect water from an improved source. Access to treated clean water can lower mortality rates from water-related deceases.

Grino combines two abundant resources: seawater and solar power. Since the output power of photovoltaic (PV) modules varies through the day or weather conditions, applying a battery is the traditional solution to compensate for these fluctuations. Batteries are expensive and should be changed every 3-5. Not least the used scarce materials are expansive and the mining process harmful for the environment.

Thanks to the dynamic and flexible control system, Grino can purify different types of water to provide water for various applications: 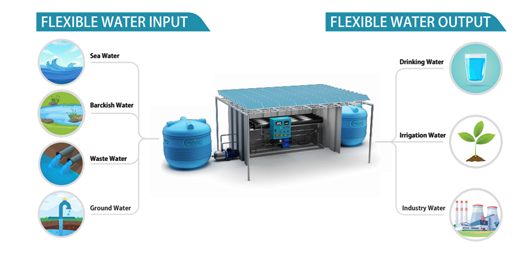 Grino system can be installed close to the solar micro-grids and increase the efficiency and stability of the whole micro-grid. This system is dynamic, it means that it can follow the energy curve and adjust its energy consumption with the available power. Actually, it can act as a controllable load in the microgrid, which makes it possible to have a reliable Demand Side Management even in the small microgrids.

Recently Grino implemented its first Pilot project in Philip Quaque School, the oldest school in Ghana. This project is financed by Innovation und Zukunft Stiftung and provides drinking water for more than 600 students from two coastal schools and 400 of local community.

For this project, Grino has successfully installed the 24 PV panels which can provide about 8 kWp power. The generated energy is mainly used for the desalination system and also part of it will be used to power the pump and the disinfection unit of the water distribution system. The distribution system connects the main water tank to the water tank in the 2nd school (Jacob Wilson-Say School) and the water tank that provides water for community around the school. Besides, the extra produced energy belongs to daily electricity consumption like lightning or charging of the electrical devices.

About 30% of water production will be sold to the people at an affordable price to compensate for the small maintenance costs and ensure the sustainability of the project.

Grino is so happy that the impact of the project includes not only water preparation but also hiring two employees and empowering the local businesses.

Grino is a solution for any restricted area and looks for many partnerships in local districts to improve the local business and guarantee the after-sale services.

Is There a Link Between Renewable Energy and Clean Water?

UN Goal of the Month: Clean Water and Sanitation - SDG 6.