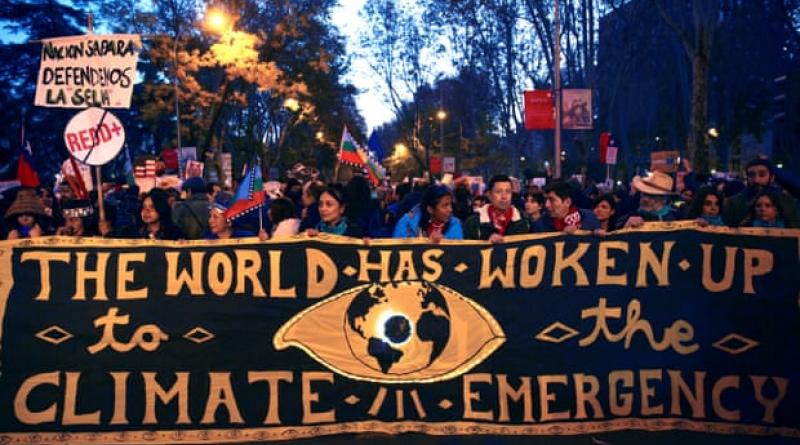 Concern is growing among campaigners that vital UN climate talks will be derailed by the coronavirus outbreak, while government officials are working to find ways round the problem.

This year’s UN talks on the climate are the most important since the Paris agreement in 2015, as the world is now far adrift of the Paris goals and the Cop26 summit – scheduled for Glasgow this November – is seen as one of the last chances to put nations back on track to avoid climate breakdown.

But while the talks will take place over a fortnight in November, the frantic round of global diplomacy required to reach a settlement is already under way and is being affected by the outbreak of the virus. Campaigners fear that preparations are being hampered by both the travel restrictionsand the urgent demands the outbreak is putting on governments’ time and resources.

China, the world’s biggest source of greenhouse gas emissions, is the key player in the climate talks. As the US is withdrawing from the Paris accord, whether or not China takes on strong new commitments on carbon will help determine whether Cop26 (the conference of the parties) is a success. But with the coronavirus taking hold across the country, the climate is likely be much less of a priority.

Italy also plays a vital role in this year’s talks as the country is officially co-host of Cop26 and some key pre-meetings are planned there.

Normally, at this stage before crunch climate talks, officials and politicians from the host nation would be convening meetings in key countries.

Campaigners were already concerned that the UK had got off to a slow start, because the first Cop26 president, Claire O’Neill, was abruptly sacked, and her replacement – the business secretary, Alok Sharma – only appointed two weeks ago. The UK has still not set out a strategy or timetable for Cop26 or for its own goal of reaching net zero emissions by 2050.

Tom Burke, the co-founder of the environmental group E3G and a longtime observer of the talks, said the preparations were already being affected. For the Cop26 talks to succeed “you need to generate much more momentum, you have to have diplomacy that is much more aggressive”, he said. The coronavirus “is already having an impact and if it gets much worse, there will be a more significant impact”.

China would be distracted from the talks, predicted Paul Bledsoe, a former climate adviser in Bill Clinton’s White House and a strategic adviser to the Progressive Policy Institute in the US.

“The challenge for the Cop leadership is to act prudently as organisers, while also retaining appropriate attention on the climate emergency itself, which after all is likely to make infectious disease a far bigger problem in much of the world,” he said. “Should coronavirus become a full-scale pandemic, holding anything like a traditional Cop might quickly become impossible.”

Nat Keohane, a senior vice-president of the US Environmental Defense Fund, said a key meeting in Bonn, Germany, in early June could be hit, and bilateral meetings between the UK, the EU and other key players might also be affected.

However, people with experience of the talks also said the UK and the UN would take advantage of communications technology to carry on with diplomatic preparations. At the Paris talks, negotiators held regular confabs on Facebook and other forms of social media, and have active WhatsApp groups. Videoconferencing is also increasingly used.

These technologies have the advantages of reducing greenhouse gas emissions from travel. Saleemul Huq, the director of the International Centre for Climate Change and Development in Bangladesh, said using virtual meetings could be “an unintended benefit”.

The Cabinet Office, which is leading on Cop26 for the UK government, said: “The summit is still many months away but we’re monitoring the situation closely. Our officials are attending all planned engagements. But we are aware that this is an issue which may affect some international travel and will adapt our plans accordingly, to ensure necessary discussions and diplomacy with international partners can continue.”

The European commission said there had been “no significant impact for the time being” on Cop26 preparations but the EU and China were “maintaining contacts via videoconferencing and through diplomatic channels at various levels. We are still hopeful and committed to the summits foreseen this year and will work closely with the Chinese government to this effect.” Travel is also continuing to unaffected areas around the world.

Mohamed Adow, the director of Power Shift Africa, a developing world thinktank, contrasted the rapid global response to the virus with sluggish attempts to stave off climate breakdown. “The response to Covid-19 has been drastic and urgent, as it should be,” he said. “The fact they can act this decisively to stop the Covid-19 crisis exposes their slow reaction to the climate crisis is not one of capacity, but a lack of political will.”

Climate protesters at the previous Cop summit in Madrid in December. This year’s talks are the most important since the 2015 Paris agreement. Photograph: Rodrigo Jimenez/EPA

UK set to host COP26 in partnership with Italy.