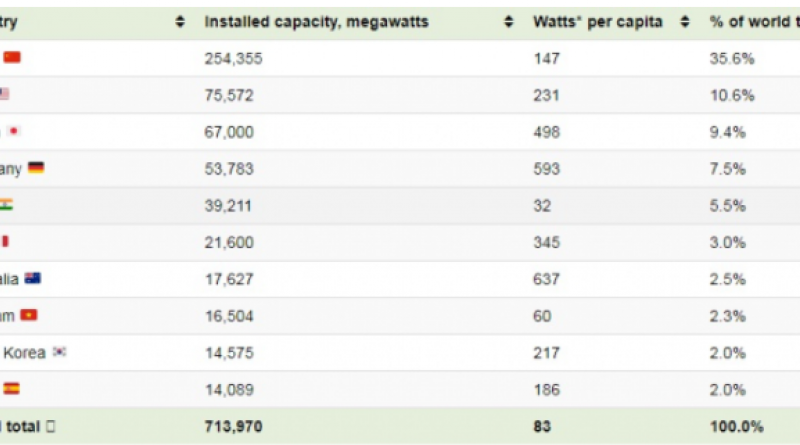 The results indicate that the country ranked in eighth place in the list, with the capacity of installed solar power nationwide reaching 16,504 MW, accounting for 2.3% of global capacity. Indeed, its solar power capacity reached 60 W per capita.

China remains as the undisputed leader in terms of solar installations, with 35.6% of global capacity, according to Visual Capitalist. The country has the world’s largest wind and solar project in the pipeline, which could add a further 400,000MW to its overall clean energy capacity.

Following behind China is the United States, which reached 75,572 MW of solar power capacity, making up 10.6%.