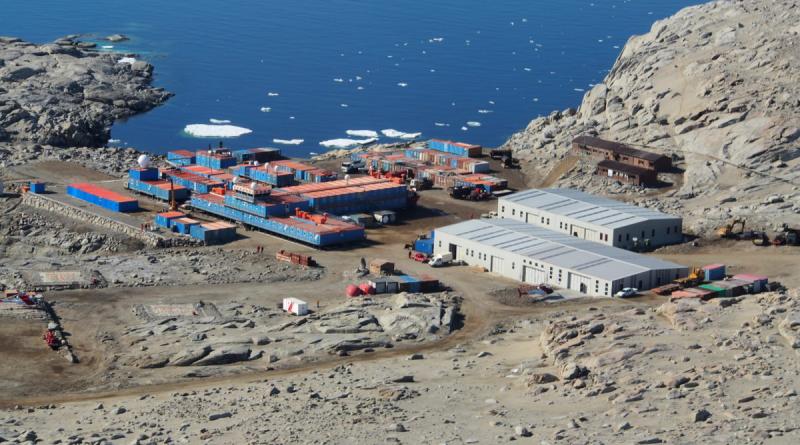 A 65 kW installation relying on 250 monocrystalline panels of 250 W each is providing energy at the Zucchelli Station, Italy’s permanent Antarctic base on Terra Nova Bay.

Resilient solar panels will help power Italy’s South Pole research, after a 65 kW installation was added at the nation’s Zucchelli Station Antarctic base.

The solar array was installed by technicians from Italy’s National Agency for New Technologies, Energy and Sustainable Economic Development, ENEA, and the Italian Antarctic Research Program.

The project had to pass rigorous tests for the extreme conditions of the Antarctic site where temperatures can plunge to -40 degrees celsius and freezing katabatic winds blow at up to 200 kmh, the Italian National Research Council (CNR) said.

Solar panels were installed on the rooftop of the station’s main building, which was completely renovated to improve thermal insulation. During the next Antarctic expedition, beginning in November, the PV system will be able to produce 50,000 kWh – 15% of the energy needs of the Zucchelli Station, the CNR said.

The 250 monocrystalline panels used for the project, which have an output of 250 W each, were anchored to the roof with a special metal structure designed by ENEA experts. “The interest in this type of plant was born from the possibility of exploiting solar energy during the Antarctic summer without the need to use an electrochemical accumulation, with considerable simplifications in terms of management and maintenance,” said the station’s technical manager, Francesco Pellegrino.

Pellegrino told pv magazine the panels used at the station are not special modules. Although he could not name a provider due to Italian regulations preventing public entities naming suppliers, he said the modules are commercially available and were provided by a well-known manufacturer. Chinese panel maker Hanergy last month announced its panels would be used at the Antarctic base of the nation’s Academy of Meteorological Science and panels from German producer Aleo Solar have been installed at an Australian research facility on the continent.

The PV system is composed of three sub-units divided into strings of 20 and 15 modules that are connected in series, and is connected through three 27 kW inverters to the station’s internal electricity grid, which relies on two 375 kVA diesel generators.

What makes the installation innovative, Pellegrino said, is the control board of the solar-diesel complex, which is equipped with a programmable logic controller able to guarantee all the interface protections provided for the PV systems connected to the network, to protect generators from possible power returns and guarantee a minimum load for correct operation and maximum efficiency.

The project, said Pellegrino, is at its initial stage. “The goal is to have a reduction in annual consumption of fossil fuel of at least 30-40%, with positive effects in economic terms connected with its supply, transport and storage, and considerable benefits in terms of environmental impact on the Antarctic site,” he said.

[video] How do solar panels work?