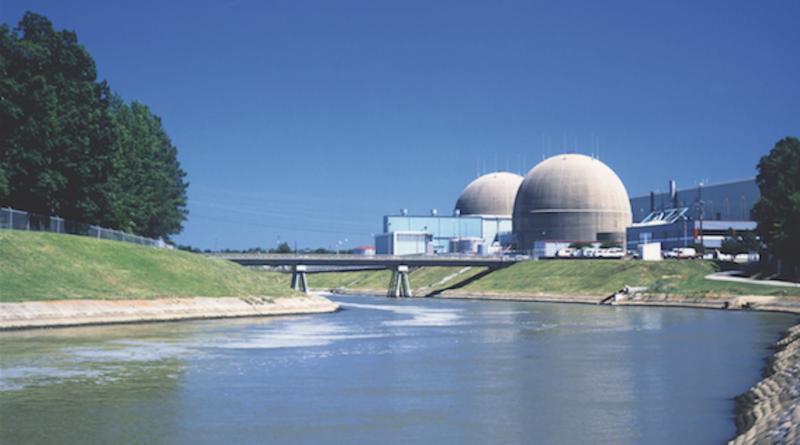 In 2011, after an earthquake and tsunami caused a meltdown at Japan’s Fukushima-Daiichi power plant, Gregory Jaczko, then the chairman of the U.S. Nuclear Regulatory Commission, had to worry about two things: whether radioactive fallout would harm the U.S. and whether a similar accident could befall an American plant. The answer to the first question turned out to be no. The second question preoccupies him still.

The NRC directed the operators of the 60 or so working U.S. nuclear power plants to evaluate their current flood risk, using the latest weather modeling technology and accounting for the effects of climate change. Companies were told to compare those risks with what their plants, many almost a half-century old, were built to withstand, and, where there was a gap, to explain how they would close it.

That process has revealed a lot of gaps. But Jaczko and others say that the commission’s new leadership, appointed by President Donald Trump, hasn’t done enough to require owners of nuclear power plants to take preventative measures—and that the risks are increasing as climate change worsens. 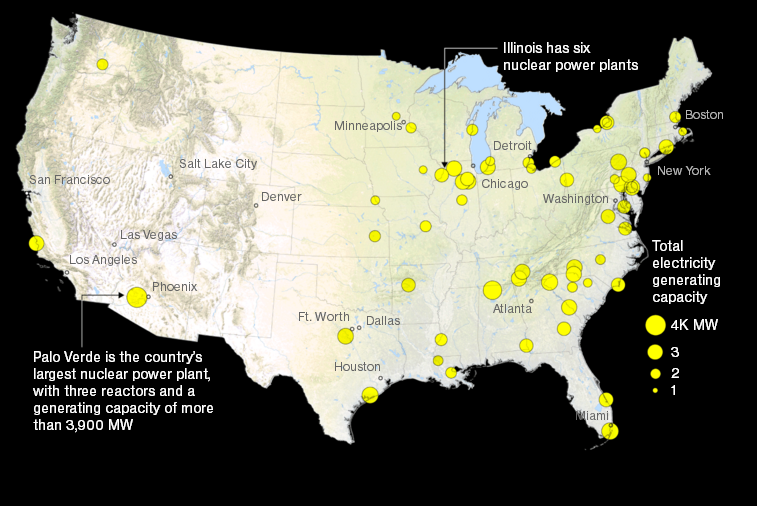 Nuclear power generated a record 807.1 million MWh of electricity in the U.S. last year—19 percent of all power, more than all renewable sources.

These are the areas expected to flood an average of at least twice a month by 2060, based on data from the Union of Concerned Scientists.

After Fukushima, U.S. regulators told operators to calculate their exposure to various flood risks and compare that with what the plant was designed for. Ninety percent of plants had at least one risk exceeding their design.

According to a Bloomberg review of correspondence between the commission and plant owners, 54 of the nuclear plants operating in the U.S. weren’t designed to handle the flood risk they face. Fifty-three weren’t built to withstand their current risk from intense precipitation; 25 didn’t account for current flood projections from streams and rivers; 19 weren’t designed for their expected maximum storm surge. Nineteen face three or more threats that they weren’t designed to handle.

The industry argues that rather than redesign facilities to address increased flood risk, which Jaczko advocates, it’s enough to focus mainly on storing emergency generators, pumps, and other equipment in on-site concrete bunkers, a system they call Flex, for Flexible Mitigation Capability. Not only did the NRC agree with that view, it ruled on Jan. 24 that nuclear plants wouldn’t have to update that equipment to deal with new, higher levels of expected flooding. It also eliminated a requirement that plants run Flex drills.

Matthew Wald, spokesman for the Nuclear Energy Institute, a nuclear trade group, calls the odds of a Fukushima-style nuclear meltdown that affects people outside a power plant’s walls “vanishingly small.” He says those risks got smaller once plants installed Flex emergency equipment after Fukushima. “There is a perennial problem in any high-tech industry deciding how safe is safe enough,” he says. “The civilian nuclear power industry exceeds the NRC-required safety margin by a substantial amount.” He also notes that nuclear power produces more than half the carbon-free electricity in the U.S.

The commission’s three members appointed by President Trump wrote that existing regulations were sufficient to protect the country’s nuclear reactors. Jaczko disagrees. “Any work that was done following Fukushima is for naught because the commission rejected any binding requirement to use that work,” he says. “It’s like studying the safety of seat belts and then not making automakers put them in a car.”

The commission “is carrying out the Trump deregulatory philosophy,” says Edwin Lyman, head of the Nuclear Safety Project at the Union of Concerned Scientists. “The NRC basically did everything the industry wanted.” The two Democratic appointees objected to the NRC’s ruling. “The majority of the commission has decided that licensees can ignore these reevaluated hazards,” commissioner Jeff Baran wrote in dissent. His colleague Stephen Burns called the decision “baffling.” Through a spokesman, the Republican appointees declined to comment.

“Nuclear power is weird—it exists to produce electricity, and at the same time it can’t exist without electricity,” says Allison Macfarlane, who chaired the NRC from 2012 through 2014. Plants need constant power to pump cool water into a reactor’s core; if flooding interrupts that power supply for long enough, as happened in Fukushima, the core can overheat, melting through its container and releasing deadly levels of radiation.

The true risk to U.S. nuclear facilities may be even greater than what the documents from the nuclear commission show. The commission allowed nuclear plant operators not only to perform their own estimates of current flood risk but also to decide what assumptions to make—for example, the maximum likely hurricane speed or how much rain would fall in an extreme storm. (The commission reviews that work.) The commission also rejected a recommendation by their own staff that would require nuclear power plants to update their risk assessments periodically to reflect the advancing threat of climate change.

While plant owners weren’t required to project their future storm surge risk, the Union of Concerned Scientists has done its own estimates for some of those regions. The images included here show that projected increase.

Turkey Point Nuclear Generating Station, 35 miles south of Miami, was designed to withstand a storm surge of 16 feet, according to documents submitted to regulators by its owner, Florida Power & Light Co. But the updated storm surge is expected to range from 17.4 feet to 19.1 feet at different parts of the plant. Last year, Florida Power & Light sought permission from regulators to extend Turkey Point’s operating license until 2053.

“Sea level rise is a phenomenon that will occur over several decades, and the Nuclear Regulatory Commission and FPL continuously monitor scientific information and can readily adapt, as needed,” says Bianca Soriano, a spokeswoman for Florida Power & Light. She says the commission has evaluated Turkey Point’s protections against flooding and found those protections to be adequate.

The Waterford power plant, a half-hour drive up the Mississippi River from New Orleans, was designed to withstand a maximum storm surge of 23.7 feet above sea level, according to documents provided to the NRC by Entergy Corp., which owns the plant. The company told regulators that a combination of storm surge and river flooding would create a maximum surge of 31.8 feet.

According to documents provided to the commission by Exelon Corp., which owns Peach Bottom, the plant wasn’t designed for its current flood risk from heavy precipitation, storm surge, ice-induced flooding, or a standing wave called a seiche. Navin said those risks were unlikely. “I think we’ve got a very robust design here,” he said.

The fight over regulation and climate change comes when the nuclear industry, under pressure from cheap natural gas and still viewed with suspicion by many environmentalists, can least afford it, according to Peter Bradford, a former commissioner. “Anything that increases their costs now threatens their existence,” he says.

Whatever the likelihood of a Fukushima-style disaster, the aftermath offers a glimpse of the costs of failure. Eight years later, much of the adjacent city of Okuma remains uninhabitable; in 2016 the Japanese government estimated total cleanup and compensation costs would approach $200 billion.

Macfarlane, the former NRC chairman, says the lesson of Fukushima is that the nuclear industry, including regulators, needs to prepare for seemingly unlikely threats. “Boy, did we misjudge natural hazards,” she says. “If something happens and you don’t learn from it, woe unto you.”

These dumpsters of old nuclear waste are costing taxpayers a fortune