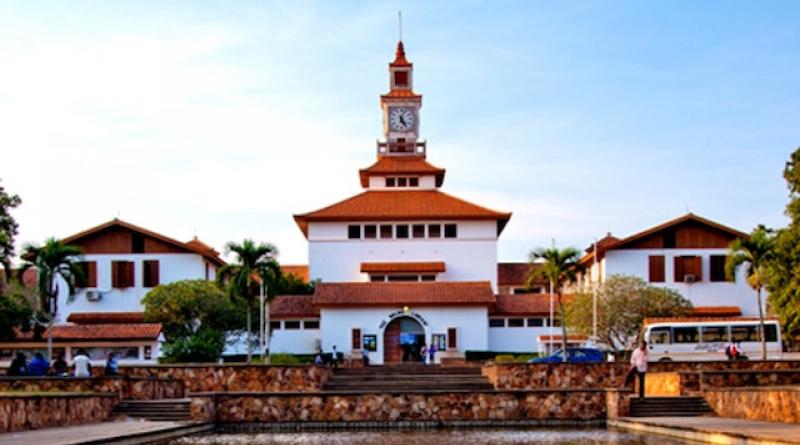 Prof. Ebenezer Oduro Owusu said some facilities and infrastructure on campus will be operating on solar energy going forward.

He said the University has also embarked on some initiatives to improve on energy consumption.

He made this known in a speech delivered on his behalf by the Pro Vice Chancellor at the 2019 April Congregation held at the Great Hall of the University. The Congregation saw about 844 students under the College of Education, Distance Education Program bow out from the University.

Prof. Owusu noted that the initiative is driven by an Independent Power Supply team which forms part of about nine teams that were created in November 2016 and tasked to explore innovative avenues to transform the college.

“The Independent Power Supply Team has explored the possibility of using solar energy to run the University of Ghana Stadium. The University has also changed all incandescent lamps to Light Emitting Diode (LEDs) to help conserve electricity,” he was quoted by the Universenewsroom.

The Vice Chancellor also highlighted some actions that have been embarked on in furtherance of the solar energy installation agenda.

He underscored that there have been current discussions with the Ministry of Youth and sports for the inclusion of solar panels as part of the stadium roof.

He added that, the team has met with representatives of the International Solar Alliance (ISA) and the Ministry of Energy as part of the President’s initiative to undertake a review of the solar rooftop program and provide a frame work for its scaling up.

The Vice chancellor also stated that, the team was collaborating with the Millennium Development Authority (MiDa) to retrofit some existing appliances on campus to make them more energy efficient

“In furtherance of the transformational agenda, the University is currently in discussion with the Ministry of Youth and Sports for the inclusion of solar panels as part of the stadium roof. The team is also liaising with the Millennium Development Authority (MiDa) under its Energy Compact 2 to undertake a retrofitting of existing appliances in selected areas of the University to improve energy efficiency,” he said.

Prof. Oduro Owusu extended his gratitude to President Akufo-Addo, and all other stakeholder agencies for their contributions towards the attainment of the energy goals of the University.