The UN climate talks ended in deadlock. Is this really the best the world can manage? 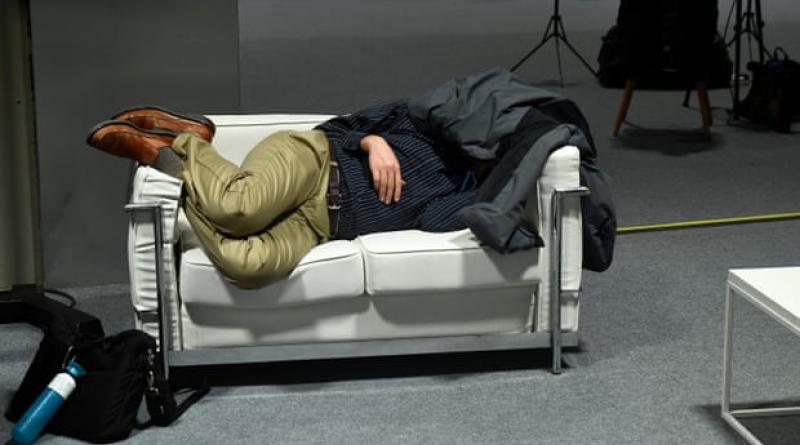 Last week, a whistle rang out in a buzzing conference fairground on the edge of Madrid. Instantly, a swell of protesters rose up, determined to “bring in the streets and tear down the walls”, enraged that theannual UN climate talks had wound to a grinding deadlock. Two days from a close, the talks had not yet produced a single line of text. Instead, while Sydney burned, Australia used an “accounting loophole” to cover for its poor climate record. Do politicians even live on the same planet?

The conference of the parties (COP) brings thousands of states, NGOs and observers together for two weeks each year to decide what is to be done about the climate crisis. In 2015, most countries signed the Paris accord that aims to keep global warming “well under” 2C – and to do all they can to limit this temperature increase to 1.5C. It’s 2019. We’re already at 1.1C.

The world of COP is divided on economic and geographic faultlines. On one side is the global south, which lacks the resources to pick itself up after every new disaster brought on by the climate crisis; at the same time, dissent there is violently quelled. On the other lie northern countries such as the UK, which announced “net-zero by 2050” plans, by which time many current politicians will not be alive and mega-cities such as Mumbai will be under water. On both sides of the divide, pro-fossil fuel leaders on the right have come to power.

This COP pointed to deepening fissures in old blocs, as real-time climate risks widened the rift. Small island nations with the most to lose voiced opposition to countries such as India, Brazil and China being in favour of carbon trading to offset the emissions of the global north and to count towards their own. Tuvalu, with two of its nine islands at risk of going under, called out the US for blocking loss and damage finance, saying it could amount to “crimes against humanity”.

To achieve the 1.5C limit, countries have to increase their commitments five-fold, starting in 2020, said a new UNEP Emissions Gap report released for Madrid.

At COP25, this year’s gathering, rich countries said they wanted more ambition, but also a clean slate. “This throws all history in the garbage, it’s acting as if emissions started today,” said Palestinian ambassador Ammar Hijazi, who chairs the G77 and China group. “When some countries emit without accountability at any level, it undermines the world order at every level.” I sat and fiddled with my earpiece, listening in horror as rainforest-clearing Brazil tried (and failed) to delete references to science around the relationship between climate change, land use and oceans.

Through the night of last-ditch negotiations, I wandered the halls of this after-dark world, surveying the snacks that non-profits had stockpiled to see them through. Broken activists and diplomats curled up on recycled-wood armchairs and fuzzy rugs at the Ikea-sponsored UN pavilion for the night. I took pictures with the neon Gandhi in India’s massive greenwashing pavilion to send to environmentalists back home. Does the world still need COPs or could they be replaced by an intergovernmental Slack chat?

COP25 should have been about welcoming new science, clearing unfinished business on climate finance, and raising trust and ambition. While there were wins on gender, agriculture and capacity building, this became a carryover COP, with decisions around carbon markets unclear, leaving old hostilities and glaring loopholes to sort through next year, an outcome even Patricia Espinosa, executive secretary of UN Climate Change, expressed disappointment with.

We’re now just days away from 2020, when all countries must sit together to communicate and review all that they’ve done so far and all they can do under their commitments to the Paris agreement. This offers countries a last chance to “update” their national climate pledges to “reflect [each country’s] highest possible ambition” before 2025, a time by which we would have blown through more of our carbon budget. What happens at COP26 in Glasgow next year will determine if nations have a reason to stay in the Paris deal at all.

But dysfunctional as they are, COPs are perhaps the only international legal forum that are partly open to observers to witness geopolitics and global call-out culture first-hand. And it’s those witnesses – all of us – who must apply the pressure.

The youth climate strikes have managed to rattle the UN – they even ended up finding their way into the clunky text produced at this COP. Nearly 500,000 people had joined the climate strikes in Madrid, evidence that people are not their governments. For all that it’s worth, we must continue to blow the whistle everywhere, as loudly as we can, and make sure they can hear us outside their closed doors.

*Aruna Chandrasekhar is a journalist from India. She is currently based at the University of Oxford’s Environmental Change Institute

Cop25: What was achieved and where to next?