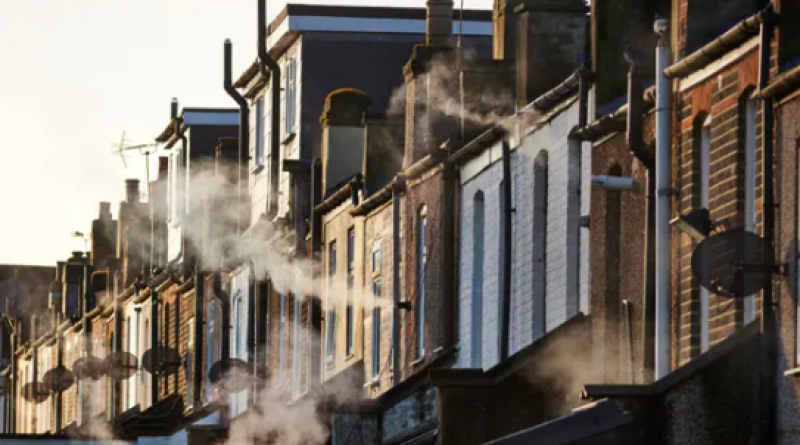 The millions of gas boilers in the UK’s homes produce twice as much climate-heating carbon emissions as all the nation’s gas-fired power stations combined, according to an analysis.

The finding highlighted the urgent need for a strong government policy to rapidly introduce low-carbon heating such as heat pumps, the researchers said.

The data also shows that home gas boilers collectively produce eight times as much nitrogen dioxide as the power plants. NO2 is an air pollutant linked to tens of thousands of early deaths a year in the UK.

Ministers have promised to publish their heat and buildings strategy before the UN Cop26 climate summit in Glasgow in November. The government is also contending with soaring gas prices, which have been driven up by rapid growth in post-pandemic demand around the world.

Heat pumps run on electricity and are efficient but they cost much more to install than gas boilers. The CBI has said the installation of new gas boilers must be banned from 2025 or the UK’s net zero climate target will be “doomed”.

A second analysis has found that high gas prices mean the energy bills of people living in poorly insulated homes will rise by up to £246 a year. The UK has the oldest housing stock in western Europe but the rates of home insulation installation plunged by 95% between 2012 and 2019. A recent government energy efficiency scheme collapsed after six months, with the National Audit Office blaming ministers for the “botched” policy.

Neil Jones, at the climate charity Possible, which produced the analysis of gas boilers with the social enterprise Scene, said: “Amid a frightening gas price crisis, and a decade of opportunity wasted by the government to insulate our homes, supporting households to begin switching to clean heat pumps has come suddenly into focus.

“It’s high time the government finally gave us all the tools we need to modernise our homes, and ensure a safer, cleaner future.”

The UK is lagging behind most European countries in terms of heat pump installations.

The Possible analysis used government data to estimate the CO2 emissions and air pollution produced by the UK’s home gas boilers and power plants. It found the boilers used in a city the size of Leeds pump out the same amount of CO2 as one gas power station. Home energy use contributes about 15% of all the UK’s greenhouse gas emissions.

Jess Ralston, at the non-profit thinktank Energy and Climate Intelligence Unit (ECIU), said: “This analysis hammers another nail into the coffin for fossil fuel heating. The dangers gas boilers pose are becoming increasingly clear. The upcoming heat and buildings strategy provides the perfect opportunity to go big and bold and cement a healthier, more affordable and greener future for Brits.”

The second analysis, by the ECIU, found that homes with energy performance certificates (EPC) in band D, the average rating for England and Wales, would pay £107 more per year for their gas at current high prices, compared with those living in a home rated in band C. For those in homes with an EPC rating of F, the increase is £246 a year.

However, the situation would be far worse without the energy efficiency measures that have been installed in recent years, with the Energy Efficiency Infrastructure Group estimating that bills would have been up to £500 a year higher.

Insulate Britain, a protest group demanding that the government produces a legally binding national plan to fully fund low-carbon retrofits of all homes in Britain by 2030, has repeatedly blocked motorways, A-roads and the port of Dover in recent weeks.

Warmth from the earth and air: could heat pumps replace our gas boilers?

Feeling the heat: Why EU climate targets depend on ditching fossil fuel boilers.