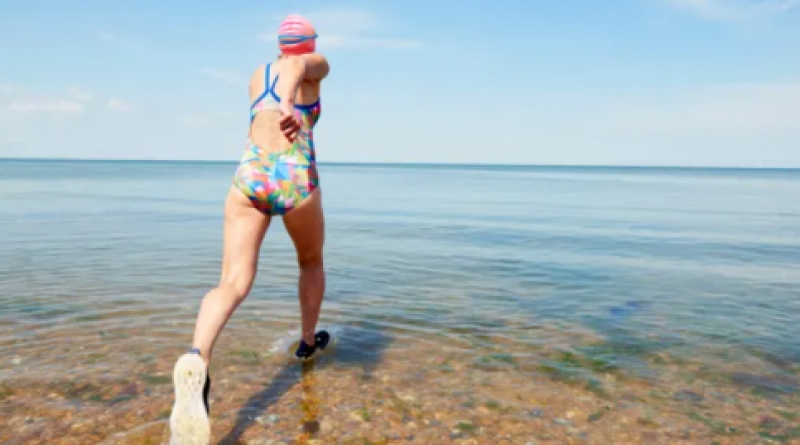 The discharges, through storm overflows, went on to beaches that were supposed to be the cleanest and safest in England and Wales, used by children, tourists, surfers and swimmers.

“We are in the midst of a new wave of sewage pollution,” said the 2021 Water Quality report by Surfers Against Sewage. “There are hundreds of thousands of sewage discharges polluting rivers and coastlines, all of which could impact the overall health of aquatic ecosystems.”

The data is gathered from water company alerts of spills via storm overflows across 308 locations. During the bathing water season – 15 May to the end of September – water companies issued alerts 3,328 times. The rest of the spills took place outside those months. 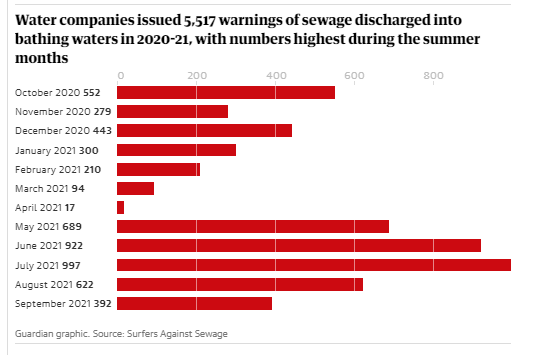 Storm overflows are supposed to be used in emergencies to ease pressure on the system after extreme weather or exceptional rainfall. But this report adds to the growing evidence that they are being used routinely.

Southern Water, which was fined a record £90m this year for billions of litres of raw sewage spills, issued 1,194 alerts of sewage spills, an average of 38 spills for each bathing water location, compared with an average of between two and eight for other water companies. Almost 30% of the 286 health reports submitted this year came from Southern Water’s operating area.

South West Water also produced a “notably poor performance for the third consecutive year”, with 406 discharges in the bathing water season on to popular beaches.

Hugo Tagholm, the chief executive of Surfers Against Sewage, said: “The findings of our report are shocking and outrageous, but they are by no means unexpected. Time and time again, governments have claimed concern over the pollution of rivers and seas, but have so far failed to take concrete action to change the status quo. Loopholes in laws and systematically defunded regulators have left water companies to run amok.”

For the first time the campaign group carried out testing of water quality at river mouths feeding into bathing beaches. The results were “shocking.” In six out of eight rivers the quality of the water was so poor as a result of faecal contamination that it posed an extreme danger to human health. 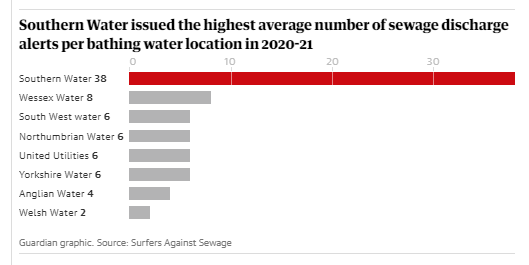