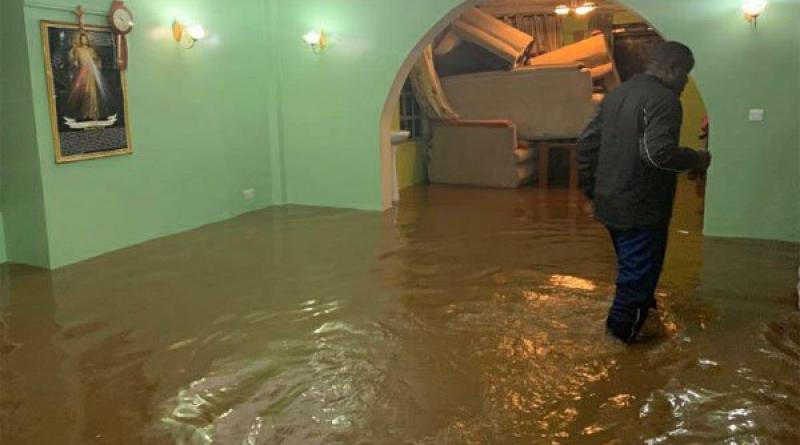 Residents of Varsityville estate in Kamakis are affected amid reports of flooded homes.

The water reservoir, which is also referred to as Sukari dam, breached its banks in the small hours of Thursday as residents of Kamakis and other surrounding areas slept.

One of the affected residents, Ms Caroline Gitari, told Nation that their houses were flooded a few minutes after 1am.

“Part of dam wall collapsed but there is also an abstraction that has forced water to flow into Varsityville estate and other surrounding areas,” she said.

She said she could count close to 10 houses that were affected by the raging waters.

“We have not slept. As we speak, we are stranded with children. Our houses are a big mess,” she added.

The dam is situated along the Eastern Bypass next to Brookside collection and cooling centre in Kiambu County.

It is located about a kilometre Clay Works factory on Thika Road.

Recent heavy rains have caused flooding across the country with tens of thousands displaced and more than 100 dead.

In Baringo South, more than 70 families in the flood-prone Ng'ambo and Sintaan areas have been rendered homeless after houses submerged in water following heavy downpour in the area. The flash floods happened after Perkerra River burst its banks causing water to flow into homes in the area.

According to Government Spokesman Cyrus Oguna, about 30,000 people have been affected by the heavy rains.

The meteorological department has issued flood alerts while urging Kenyans to be on the lookout for landslides and overflowing river banks.

Africa looks on in frustration as COP 25 opens in Madrid.