Two Species On the Precipice of Extinction. 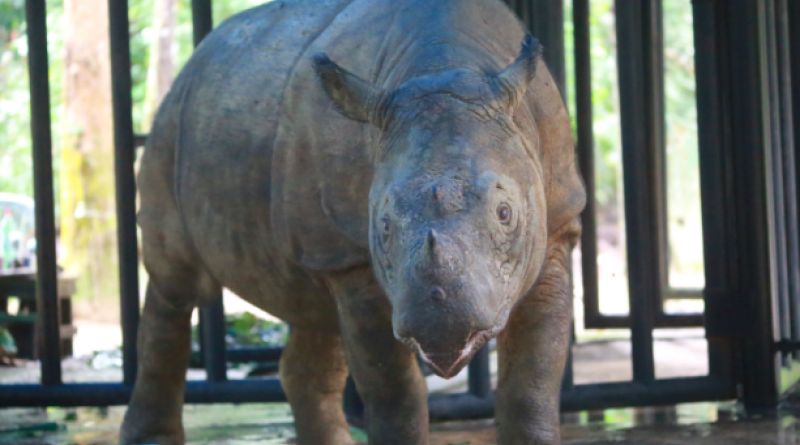 The last surviving Sumatran Rhino in Malaysia has died in captivity, with the WWF estimating that there are only about 80 left mostly living in the wild in Sumatra and Borneo, and the entire species is on the verge of extinction due to poaching and deforestation.  But, National Geographic reports scientists have found and photographed a silver-backed chevrotain, a small deer-like species, in southern Vietnam that was feared to be extinct since its last known siting was in 1990.

Why This Matters:  This good news-bad news story juxtaposition shows both the fragility and the resilience of nature – both species will be lucky if they make it.  It may be too late to save this species of rhino given what it is up against in developers and poachers.  But the fact that the silver-backed chevrotain has managed to survive gives us hope.  And right now we need a healthy dose of both worry and wonder to motivate citizens across the globe to conserve 30% of the planet for the benefit of nature and biodiversity by 2030 (#CampaignforNature).  But if we do, it will surely help both these imperiled species.

Sumatran Rhinos Are All But Gone

The female rhino that died was 25 and suffering from cancer.  Her death comes just six months after the death of the country’s only male rhino and after a third rhino also died in captivity in 2017 in Malaysia. Efforts to breed them in captivity in Malaysia have failed, but authorities harvested their cells for possible reproduction in the future, according to Time Magazine.  The Sumatra rhino is the smallest of the rhinoceros species and the only rhino with two horns — it long ago roamed across Asia as far as India, USA Today reported.  The Washington Post reported that there are a few remaining Sumatran rhinos in captivity, but they are all in southeast Asia; the last one in the U.S. went from the Cincinnati Zoo to the Sumatran Wildlife Sanctuary in Indonesia in 2015 so he could have a chance to breed.

The discovery of the long-lost species was described in a paper published in November in Nature Ecology & Evolution, and the researchers hope the method they used to find the creature could also help find other “lost” species.  With help from locals who believed the species to be hiding in dry forests, the researchers used “camera traps” or lures that snapped photos of 280 separate encounters with individual silver-backed chevrotains.  According to National Geographic, the animals are believed to have been pushed to the brink of extinction by wire snare poaching that is driven by demand for bushmeat in East Asia, which has led to the disappearance of animals in intact habitats in Vietnam. 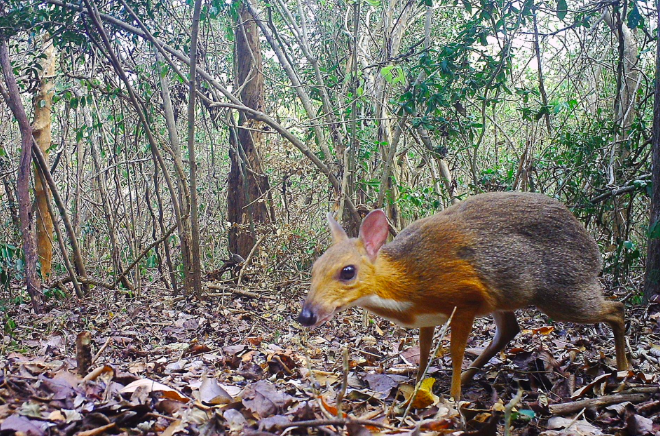