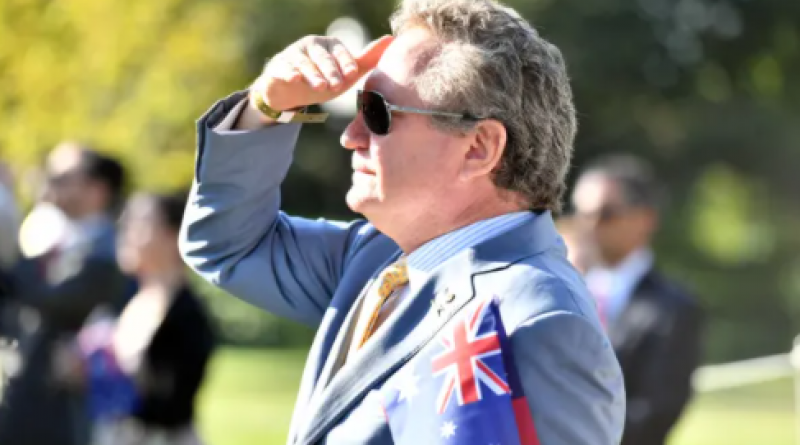 In the second half of last year, while most of the world was in pandemic lockdown, Andrew “Twiggy” Forrest and a team of 50 staff did what others couldn’t. He spent five months crisscrossing the globe in a private jet, visiting more than 40 countries.

It set Australia’s second-richest person on a path to an outcome that, if delivered, could transform the energy landscape of not just Australia, but the globe.

The iron ore billionaire says after his private discussions with sovereign leaders, politicians, business people and investors across the world he was convinced of their “genuine thirst for our green energy”.

“It made me strongly, and no longer hesitantly, optimistic,” he told Guardian Australia. “I felt a change in the global mood, a shift in belief, that the impossible could be possible.”

Forrest’s response was to announce in November that his Fortescue Metals Group would aggressively support zero-emissions energy through its new green arm, Fortescue Future Industries.

The initial pledge was that it would back 235 gigawatts of clean energy capacity – more than three times the entire Australian electricity grid – across the globe, with $1bn committed over the next two years. Four months on, that has expanded to a promise to explore more than 500GW of hydro, geothermal, wind and solar with a goal of being involved in the creation of 1,000GW.

Forrest estimates the world will need at least 5,000GW of pure green energy to really slow the climate crisis. He has committed himself to helping develop a fifth of that by providing capital, technology and encouragement.

It will, he claims, “create so much momentum and value that consuming energy from a polluting source becomes commercial nonsense”. He has big-name support: the former Australian prime minister, Malcolm Turnbull, has signed on as chairman of the future industries arm, and the ex-Australian Secret Intelligence Service director general, Nick Warner, is a special advisor on international affairs.

“We figure if we are able to set an example of a 1,000GW target then people will realise that the impossible isn’t actually impossible,” Forrest. “We’re hoping that other companies will get in and vigorously compete with us, and maybe even challenge and beat us, but what will happen in that process is global warming will slow and eventually stop. That’s our mission.”

It is a pledge that sits alongside – and in some cases outstrips – support for fixing the climate crisis from some of the world’s richest people, including Elon Musk and Jeff Bezos. Like some of their commitments, it has drawn widespread praise for the agenda-setting and potentially transformative role it could play – and a fair dose of scepticism about whether it is possible.

Forrest’s green ambition is too vast to quickly summarise. In addition to the global push, which he says has already led to deals in 17 countries, FMG this month set a domestic target of reaching net zero emissions by 2030, a decade earlier than it had previously promised, and 20 years before most competitors.

Underpinning it is Forrest’s belief that green hydrogen, created using renewable energy, will change energy systems much faster than some analysts believe is possible. From there, he says, it can be used to create zero-emissions liquid green ammonia and turn iron ore into the holy grail of “green steel” – made without the current reliance on coking coal.

Some of his goals will be tested in the short-term. In a speech to a Credit Suisse investment conference on Wednesday, Forrest said that by 30 June this year the company will have developed a green iron ore train that either runs on renewable electricity or a combustion engine powered by green ammonia.

It also plans to be trialling a ship run on green ammonia, a shift that could lead to the replacement of the notoriously dirty bunker fuel currently used by fleets across the globe. Forrest says the pace of what he is proposing on shipping surprised and impressed the climate activist and former US vice-president, Al Gore, and puts him at least five years ahead of the global competition.

Dan Gocher, from shareholder activists the Australasian Centre for Corporate Responsibility, is among those impressed. He says Forrest’s vision for FMG is “literally decades ahead” of other major companies.

“They’re clearly the leading company on the Australian Stock Exchange in terms of ambition – and probably globally,” he said. “What he’s saying is what we’ve been calling on BHP and Rio [Tinto] to commit to – heavy investment in renewables to really kickstart the green hydrogen economy.”

While his focus is on a green future, Forrest has not completely abandoned fossil fuels – at least not yet. This week, he was also speaking with the federal and New South Wales energy ministers, Angus Taylor and Matt Kean, about a proposal by his private company, Squadron Energy, to build a new 635-megawatt gas-fired power station at Port Kembla.

If approved, it would initially run on liquefied natural gas (LNG) brought in via a new floating gas import terminal at the port. Forrest stresses both the plant and the terminal would be “dual-fuel” – a more expensive option that would give them the capacity to use green hydrogen once it is ready – but says he is making “an allowance for natural gas as a critical stepping-stone” to get the developments moving.

The continued inclusion of gas in Forrest’s portfolio has drawn criticism. Gocher says it is at odds with Forrest’s green ambition, which he believes FMG has the capacity to deliver.

“It is a bit hypocritical given the language he has used around the climate crisis,” Gocher said.

“He’s clearly saying we need to take action in the next 10 years, but he wants to build a terminal that will supply more gas. It means he’s not talking about electrification [of industry] or trying to reduce [gas] demand, which is what we should be talking about.”

Forrest takes umbrage when asked whether his gas developments are at odds with his climate push.

“If it was just a gas-fired power station and a gas importation system, sure, take me to task,” he said. “But if I’m spending the huge amount of capital to make it dual-fuel – that’s hundreds of millions – and then on the other side of my life [spending] tens of billions to create that green energy and green hydrogen, then the Guardian really has to be responsible, and encourage people to take that big step and build dual-fuel so that they can switch to hydrogen when it’s available.”

While the Morrison government has said it will back a “gas-led recovery” from recession, Forrest believes there is now no justification for leaders to support developments unless they also have the capacity to become zero emissions “when the fuel is available”.

The bigger question about Forrest’s vision is whether the rise of green hydrogen is as inevitable as he believes.

The nascent technology is now receiving significant support across the globe, and the Morrison government has named it a priority under its low-emissions technology roadmap. But it is still early days – relatively little hydrogen from any source is being produced and less than 1% of that is created using renewable energy.

Tony Wood, the energy program director at the Grattan Institute, is among those who believe that while green hydrogen has a future, its ubiquity in a low-emissions world is not guaranteed. He doesn’t see a future for hydrogen-fuelled electricity, for example.

Wood says he will be quick to applaud Forrest and other wealthy clean energy investors, such as software developer Mike Cannon-Brookes, if they use “their gift of the gab and capital raising ability” to bring forward and expand green hydrogen’s development. But he has his doubts.

“If people want to put their money into it, great – good luck to them, I hope it works and they make a lot of money out of it,” he said. “Is it realistic? I expect a lot of it won’t be. But some of it might be and some of it might stick.”

Asked how he responds to the sceptics, Forrest said: “I just say ‘track record’.”

“I would much rather be doing this with a massive balance sheet, and cash flow, and a full industrial platform, and the weight of public opinion around the world behind me than when we started Fortescue with no technology, no capital, no resources and industry dead against us.

“If people say it’s impossible, I say ‘think about what they’re doing in the next three months’. It’s setting an example on the industrial landscape that the Australian corporate community is fully supportive of – and I know that Australian governments will also support that.”

The Prince of Wales launches ‘Terra Carta’ which puts sustainability at heart of the private sector.

‘Green’ billionaires behind professional activist network that led suppression of ‘Planet of the Humans’ documentary.

'Tax us more': A group of US billionaires is calling for a wealth tax.