Turning the tables: global poverty conference to be held in a slum. 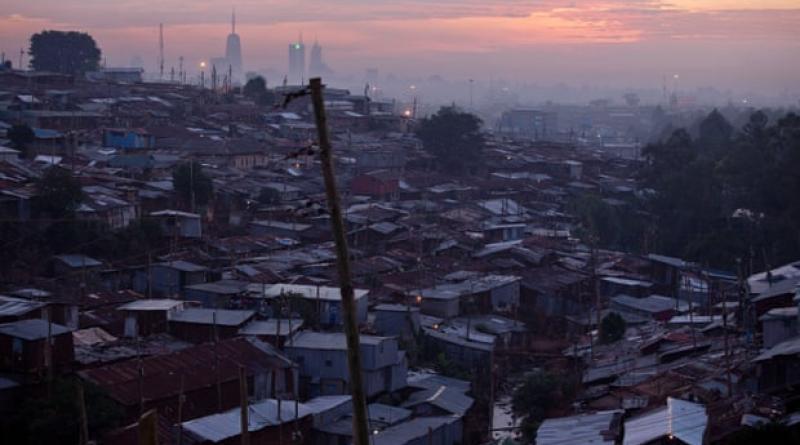 Inaugural World Poverty Forum – dubbed ‘Davos with the poor’ – to take place in Kenya’s Kibera to ensure voices of poorest are heard.

A global conference on poverty is to take place in Africa’s largest slum in an effort to make sure the poorest get a voice.

The inaugural World Poverty Forum will be announced on Wednesday in New York at the Decade of Action event taking place during UN general assembly week. It is already being dubbed as “Davos with the poor”.

Social entrepreneur Kennedy Odede, who was raised in the slum of Kibera, in the Kenyan capital, Nairobi, has founded the event to bring world leaders and policymakers together to “change the dynamic” of the way the big global issues are discussed. He said it was about making “worlds collide”.

“It is high time that the policymakers come to us, the people and the communities who are doing great work on the ground,” he told the Guardian.

“Meetings like Davos are all very well, to bring together world leaders, but there is no space for them to interact with the poor and with people doing the work in the communities. So this forum will fill this gap.”

The forum is designed to tackle world poverty by reversing the often unequal power dynamics of development conferences, and will take place in January. It will be that rare example, said Odede, of a conference choosing its location to give a real voice to the poorest in finding solutions to their own problems.

“We will have a 50/50 split of influential leaders and of community leaders from Kibera, from Africa, from India, from Brazil, who have been left out of the conversations for too long.

“This is not about people helicoptering in. They will come with humility, they will come in as our guest and we will showcase all the things people in Kibera can teach the world,” he said.

“It is meant to be a learning journey – what is working, what is not working. We can learn from each other when the community get a voice.

“People on the frontline must be included. They have to have a place at the table.

“They have been left out of the decisions made about them. Why? Because it’s all been about top to bottom. Now it has to be about bottom to top, because inequality is growing too much. We need to fight this.

“I’m so excited. This is for me a big step. We will be a bridge between real people and policymakers.”

WPF will be one of the first events in next year’s plans to accelerate progress towards meeting the sustainable development goals, which are being widely criticised at the UNGA this week as being off course and unlikely to be met by the 2030 target.

Odede, who is also the co-founder of Shofco, an organisation working in urban slums, said: “It is sometimes forgotten that any programme to improve lives can only be successful it if works with the grain of individuals – and the bundles of talent, hope and fear that make up their unique experiences. We will bring leaders to a place where they can feel both the unforgiving reality of poverty alongside the hope that an institution like Shofco can create.

“The World Poverty Forum will spark new ideas through worlds colliding, bringing together leading politicians, CEOs, NGOs, entrepreneurs and thinkers, with those who are making things happen on the frontline, in the thick of the community – rather than in a western five-star hotel.

“We want to reverse the usual power dynamics of development conferences and release the energies that genuine collaboration can bring.”

A two-day programme will focus on practical solutions to the issues of health, education, conflict and climate crisis that keep people entrenched in poverty. Delegates will visit projects in Kibera as well as attending “Hacking Poverty” seminars that look for simple solutions to everyday hardships. It will also celebrate pioneers in the global fight against poverty – from individuals and tech startups to NGOs and corporations – with the launch of the first Kibera Awards.

The event will hire local photographers, video crews, caterers and musicians and hold the daytime events in the Shofco school inside Kibera. The contribution of local people’s talents is intended as a reminder to delegates that there are rich pools of skill, flair and inventiveness in the world’s poorest communities.

More than 700 million people – 10% of the world’s population – live in extreme poverty – defined as earning less than $1.90 a day. While many regions are making good progress with poverty reduction, almost all of Africa, especially sub-Saharan Africa, is off-track for ending extreme poverty. It is predicted 13 African countries will see an increase in the absolute numbers of extreme poor between now and 2030.

More than 1.3 billion people across the globe are described as “multidimensionally poor” – defined by ways in which people experience deprivation beyond their income, such as health, education and the standard of living.

“There is an urgent need for a fresh approach to lifting up the world’s poorest as recent progress has been slow, patchy and unstable,” said Odede. 2020, he said, was “make or break year”.

Leaving no one behind: using a multidimensional approach to eradicate poverty and monitor SDG progress at the national level.