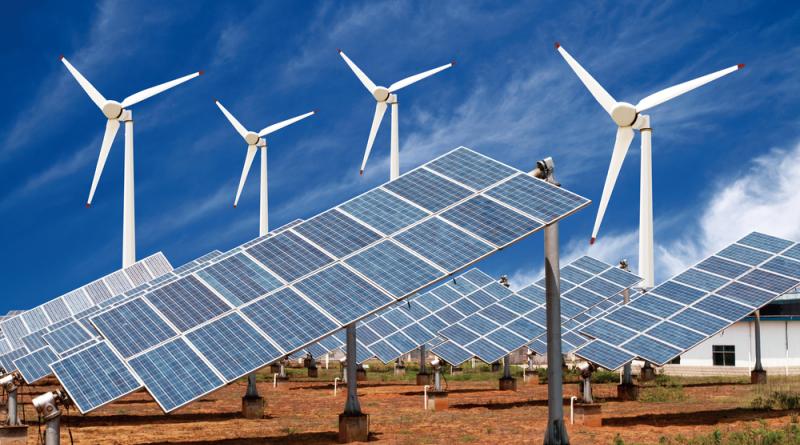 The transition from fossil fuels to cleaner energies is a global pursuit. But it’s faster and more intensive in some countries than in others. Take the case of South Africa. Heavily dependent on coal, the country is proceeding with a more intense transition in which renewable energies are set to play a growing role.

Renewable energy technologies have recently established their role in the global energy supply mix. This is because they have begun to overcome two big hurdles. The first was concerns about high cost. The second was their inability to provide secure energy supply. A number of factors have improved their accessibility and affordability. These include technological improvements, economies of scale and increased competition.

The share of renewable energies in the overall energy mix will certainly have an impact on electricity market dynamics. This includes energy prices. Prices are the most effective signal to users and potential investors about alternative energy sources.

That’s why understanding how a higher share of renewable energy in the energy mix influences electricity prices can help policy makers.

The impact on retail prices of electricity isn’t uniform. It differs from country to country and is influenced by regulatory frameworks. Nor is it the same over time. For example,in Spain, the higher renewable energy share in the mix led to higher electricity prices between 2002 and 2009. This was due to the high costs of the renewable energy technologies at the time. After 2009 prices fell. This was attributed mostly to the reduction of production cost of the renewable energy technologies as well as the economies of scale created.

We set out to look at what affected an increase in the share of renewable energy in the mix. Variables included improvements in technologies, reductions in the cost of producing renewables, changes in market structures and increasing competition.

In all 34 OECD countries in the study we confirmed the positive impact of increased share of renewable energy on the retail price of electricity. But we did find that, under certain market conditions, the inclusion of renewable energies in the supply mix could increase the cost of production. This was then passed on to the end-users.

The econometric model was based on a panel of 34 OECD countries. The variables we used were:

We included greenhouse gas emissions by the energy sector because European Union (EU) countries operate an emission trading scheme. Fluctuations in these emissions have a direct impact on the marginal cost of energy production.

Energy dependency indicates the degree to which the countries are dependent on energy imports. The measure of the market share of the largest electricity generator in the market is included because an increase in this variable would indicate a reduction in competition.

Not all 34 countries had data on the level of competition in the market. So, in evaluating the impact of this variable, only 23 EU countries remained in the sample. In these countries we found that a 1% increase in electricity generation concentration lead to a 0.091% decrease in retail electricity prices. This suggests that increased market power led to a price reduction.

This contradicts perfect competition theory. But it’s in line with other research that found that countries with higher market concentration have more government subsidies which decreases electricity prices. The caveat here is that subsidies have to be used efficiently, else prices rise.

Overall from our results, and controlling for the other factors, a 1% increase in the renewable energy share in the supply mix was responsible for the increase in retail electricity price in a range between 0.03 – 0.046% in each of the countries and period examined.

Do these results therefore call on countries like South Africa to tread carefully on promoting the adoption of renewable energies for fear of electricity price increases?

The answer is complex.

Projections show that in the next two years, renewable energy technologies will – at the very least – be competitive on price with fossil fuels. Renewable energies have the potential to be even more cost effective in the future. This means that the relationship between a rising share of renewable energy in the overall electricity mix of a country and the retail price of electricity will eventually be negative.

As our research underscores, the structure of the electricity market influences the impact of renewable energies on the retail price of electricity. But the impact differs in regulated monopolised markets compared with open and competitive markets.

Another factor to keep in mind is when considering an increase in electricity prices as a result of renewables is that the associated marginal cost is low while the environmental benefit is high.

But policy makers need to evaluate and proactively deal with the specific environments they’re operating in, particularly the short-run consequences of changing the equilibrium of an energy system.

For example, in developing countries economic and social reasons need to be considered equally while the environmental benefit might be considered an added bonus, not the main purpose. In developed countries, on the other hand, the aim might be purely environmental coupled with social awareness.

Anne Marie Oosthuizen, currently reading for her Masters in Economics at the University of Pretoria, was the co-author of the research on which this article is based.

This article is republished from The Conversation under a Creative Commons license. Read the original article.

Energy 'transition' the buzzword, but a fossil future for the Gulf.