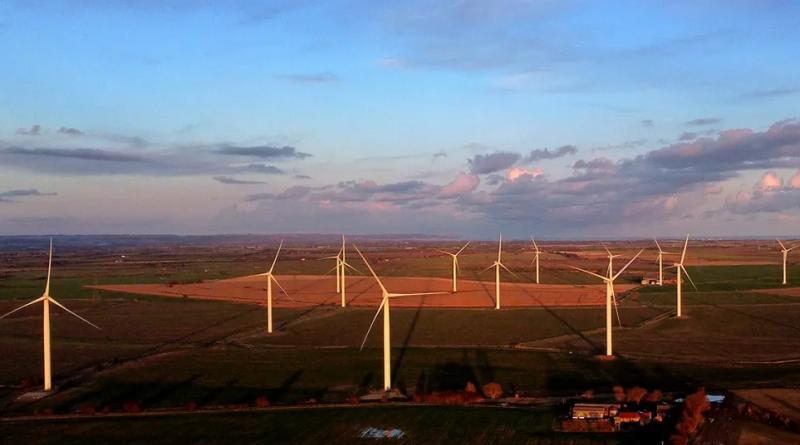 Tory government decisions to cut “green crap” and block “unsightly” new onshore wind farms are now costing households an extra £140 a year on their energy bills amid soaring gas prices, according to a new estimate.

Customers face paying £3.9bn more this year than they would if ministers had not axed environmental policies including financial support for new onshore wind turbines between 2015 and 2020, Tim Lord, an analyst at the Tony Blair Institute calculated.

The figure is around twice the amount that would be saved if VAT is removed from energy bills – one of the main options being considered to tackle a looming cost of living crunch.

Energy bills are expected to jump by 50 per cent in April, alongside tax hikes and falling real wages, but Rishi Sunak, Boris Johnson and business secretary Kwasi Kwarteng have yet to put forward a plan to tackle the issue.

“Their decision to effectively block planning permission for onshore wind since 2015 has cheated Britain out of one of the cheapest sources of power, made us more dependent on gas and added significant costs to family's bills,” Mr Miliband said.

“So too has their failure to deliver a proper home insulation programme, which could have cut emissions and bills.”

David Cameron, then prime minister, reportedly said in 2013 that he wanted to cut the “green crap” in order to save money. Two years later, he blocked onshore wind farm projects from applying for public subsidies, pledging to “rid” the countryside of the “unsightly” structures.

Construction of onshore wind – the cheapest form of electricity generation – plunged by 94 per cent by 2019 until the government removed the effective ban in 2020.

If installations had continued at their previous trend, the UK would have around 5 gigawatts of additional wind energy supply, saving households £1.8bn a year, or £60 each, according to Mr Lord.

For comparison, scrapping VAT on energy bills would save around £1.9bn (£61 per household) while lowering revenues for the Treasury and delivering no reduction in greenhouse gas emissions.

If it had continued at its previous pace, households would have saved an estimated £2bn on heating this year, at current prices.

Britain has some of the leakiest and most energy inefficient homes in Europe so insulating homes is seen as one of the most effective ways of cutting emissions and reducing bills. Labour estimates that its insulation plan would save households £400 a year, on average.

“The Green Deal was a fiasco,” said Dr Will McDowall, associate professor at the Energy Institute at University College London.

“It’s pretty clear that government made a mistake in cutting those [environmental] policies and not replacing them with something credible.”

Dr McDowall said it was “astonishing” that some critics have attempted to blame renewable energy for this crisis which is “clearly caused” by global gas prices.

“The real slowdown in onshore wind deployment has come at a cost. Onshore wind is cheap. People would have seen lower bills if we had more renewables.”

It comes as official figures showed that the rate of inflation has surged to a 30-year high, fuelled by rising gas prices. Real wages are now falling and a person on an average income of £30,000 will see a £1,660 hit to their disposable income this year thanks to tax hikes and price rises, according to the Institute for Fiscal Studies.

The Joseph Rowntree Foundation warned this week that low-income single-adult families face paying more than half of their incomes after housing costs on energy from April.

Minsters are currently considering ways to lessen the burden, with growing pressure from the Tory back benches to scrap a planned 2.5 percentage point increase in national insurance contributions that will cut the incomes of millions of workers.

Energy suppliers and the Labour Party are calling on the chancellor to temporarily scrap VAT on energy bills, a move which would cut bills by around £60 a year at current prices.

The government has indicated it favours measures more targeted at those in fuel poverty and on low incomes such as an increase in the Warm Home Discount.

The scheme currently offers a one-off £140 discount on energy bills for households receiving pension credit and some low-income working-age households.

The 'green' row over the UK's largest renewable power plant