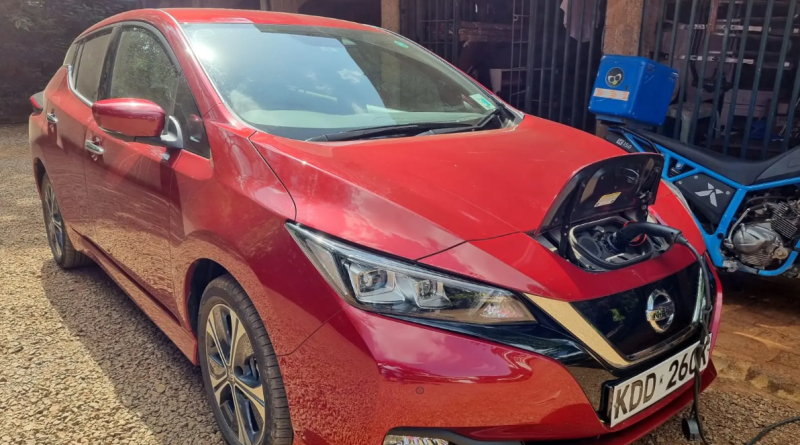 Kenya is one of the best places for electric vehicles. The grid is very green, with over 90% of electricity generated from renewable energy sources such as hydro, geothermal, wind, and some utility-scale solar. During the late night/off-peak period, demand drops from a peak of just over 2,000 MW to just a little over 1,000 MW. This leaves a lot of room for the utility to sell more kWhs to EVs that would be parked all night anyway. With the transport sector contributing close to 40% of CO2 emissions in Kenya, accelerating the transition to electric mobility has become even more critical.

Kenya is also a net importer of petrol and diesel, and therefore spends a lot of foreign currency on fossil fuel imports.  According to the latest Economic Survey from the Kenya National Bureau of Statistics (KNBS), sales to retail pump outlets and road transport had the highest share of the total petroleum fuels sold in Kenya at 75.8% in 2021.  Accelerating the adoption of electric vehicles which will be powered by locally generated renewable energy will therefore go a long way in reducing the fossil fuel import bill. Kenya’s total import bill for petroleum products rose to KSh 348.3 billion ($2.97 billion)  in 2021 from KSh 209.1 billion ($1.78 billion) in 2020. The jump was due to the recovery of the road transport and aviation sectors, driving demand for petroleum products following the easing of COVID-19 containment measures. It really is time for Kenya to supercharge electric vehicle adoption and save on this much needed foreign currency.

Nairobi-based Tom Morton, who has been active in projects aimed at reducing carbon emissions through his time at ClimateCare as well as as a Director at Tropical Power Limited, a firm specializing in providing solar power and biomass energy solutions in Kenya and the wider East African region, is one of the early adopters of EVs in Kenya.

About a year ago, Tom imported a 62 kWh Nissan Leaf e+ Tekna from the United Kingdom. He has been very active at EV exhibitions in Kenya as part of his mission to help raise awareness and catalyze adoption of electric vehicles in Kenya. His Nissan Leaf was on show at the recently held It’s Electric! Electric Mobility Expo at the Buffalo Mall in Naivasha, Kenya.

There are now over 140 electric vehicle models to choose from in the United Kingdom, and the choice of models is growing all the time, with 50 more models set to be launched this year. Tom chose the latest version of the Nissan Leaf as he believed that it would be quite a dependable car since it is a car that has gone through several iterations since its launch in 2010. Nissan also has a significant presence in Kenya, and although they do not yet offer the Leaf or any other electric car in Kenya, it could be much easier to get support from a brand that has presence all over Kenya than from one that does not have any footprint at all.

Tom charges his Leaf at home. He also has a 3kW solar PV system installed at house. As Tom drives around Nairobi, some of the questions he gets include:

To help answer these questions, Tom recently went on a business trip up-country in his Nissan Leaf to show just how comfortable driving electric in Kenya can be. Starting off on a full charge, the first leg of his business trip was a 90 km trip from Nairobi to Naivasha. He had a 4-hour meeting in Naivasha, and during that time he managed to top up the charge, slow charging it using a standard 3-pin domestic socket at a petrol service station. He then proceeded to drive non-stop from Naivasha to Kisumu, a distance of about 250 km. He then spent a few days in Kisumu where he would charge at his hotel, also using a standard 3-pin socket as there aren’t yet any public charging stations in Kisumu. When he was done with his business meetings in Kisumu, he then drove from Kisumu to Nairobi non-stop!

His trip was 345.5 km and he arrived in Nairobi with 11% remaining and about 55 km of range left after starting out with a full charge in Kisumu. He drove conservatively, but overtaking where necessary, and averaged around 80-90 km/h on the open road. The “e-Pedal” feature dampens acceleration and regenerates maximum energy back into the battery when the driver’s foot is off the accelerator. This acts as a brake and has the effect of extending range. At current electricity process, the fuel cost is in the region of 5 shillings per km, compared to about 13 shillings per km for an equivalent petrol vehicle.

Tom could perhaps be the first person to ever drive an electric car non-stop from Kisumu to Nairobi. His trip shows it is quite possible to drive a modern electric car with a decent sized battery pack even in the absence of an extensive charging network. Several firms are in the process of installing charging stations in and around Nairobi as well as on some sections of the major highways. Let’s hope this will help more people make the decision to switch to electric mobility.