These 6 countries have the highest unemployment rates in Africa 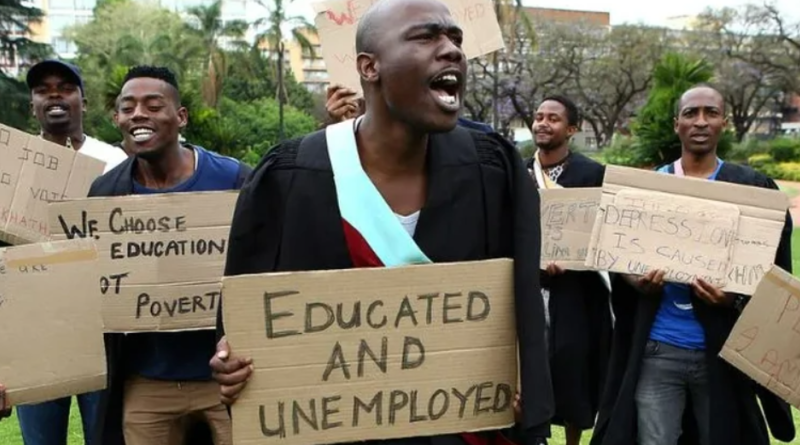 Millions of adults around the world desire good-paying jobs so they can earn income, live their best lives and retire in comfort. While good jobs are guaranteed in many advanced countries, same cannot be said for many African countries. For years, millions of able-bodied adults on the continent have been continually denied the basic opportunity to work for a living. And this is due to the very high unemployment rates prevalent across the continent. Let's talk about it.

One common feature of unemployment in Africa is that it mainly affects the youths. In a 2017 article published by the United Nations' Africa Renewal Magazine, a warning was issued about how Africa's youth unemployment crisis had cast a dark shadow over the continent's economic growth. As much as 60% of the youth population across Africa are unemployed.

Last October, Foreign Policy also warned that Africa's unemployment problem is becoming a thing of global concern. The analysis rightly noted that "Africa has the world’s youngest population, with a median age of 19.7 years. Such a large youthful population might ordinarily symbolize an ample and energetic workforce, a boon for the development prospects of any region. But the dire employment situation for young people across Africa continues to snuff out their potential."

Despite these warnings, Africa's unemployment crisis has persisted, with rates across countries soaring. As it is always the case, some countries have it worse than others. We shall now focus on the 6 African countries with the highest unemployment rates.

Do note that while compiling this list, we consulted the statistics agencies of different African countries as well as other reliable sources such as Statista, Trading Economics, Reuters, The World Bank, International Labour Organisation, etc.

Why millions of people across Africa are facing extreme hunger