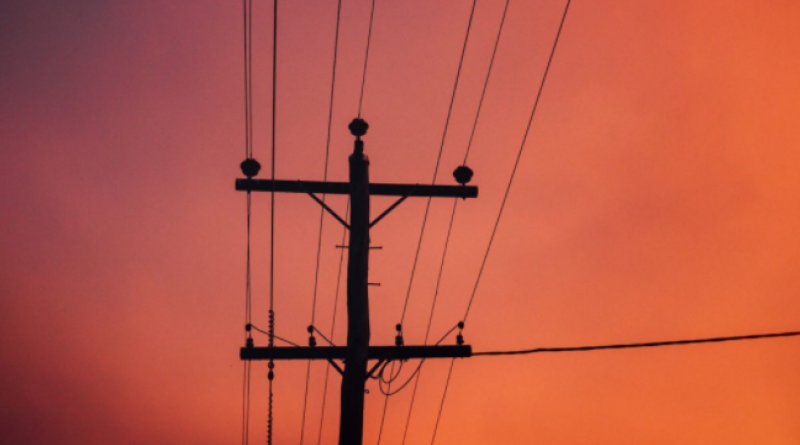 If we only keep our eye on the ball of reducing carbon, we will be missing another growing problem that may yet come to haunt us.

So how to minimise the destruction caused by the big expansion of mining and industrial production that will be needed to go zero carbon?

The hunger of decarbonisation

Just to produce one MW of solar PV capacity requires about 3000 solar panels. So, a 200 MW solar PV project could be as big as 550 football fields.

We are going to need a lot of batteries. And these will require up to 500 per cent more graphite, lithium and cobalt by 2050 compared to 2018.

That’s an awful lot of mining, which destroys habitats, and smelting, both carbon-intensive.

And that’s not counting the associated infrastructure to support the deployment of low carbon technologies (for example, transmission lines) or the physical parts (like the chassis of new electric vehicles).

Finally, greenhouse gas emissions from steel and cement production – and we’ll need a lot of both – are significantly higher than emissions generated by most minerals used in zero carbon tech.

Despite the higher mineral intensity of renewable energy technologies, the scale of their associated greenhouse gas emissions is just a fraction of that of fossil fuel technologies. But all emissions should be avoided where possible. 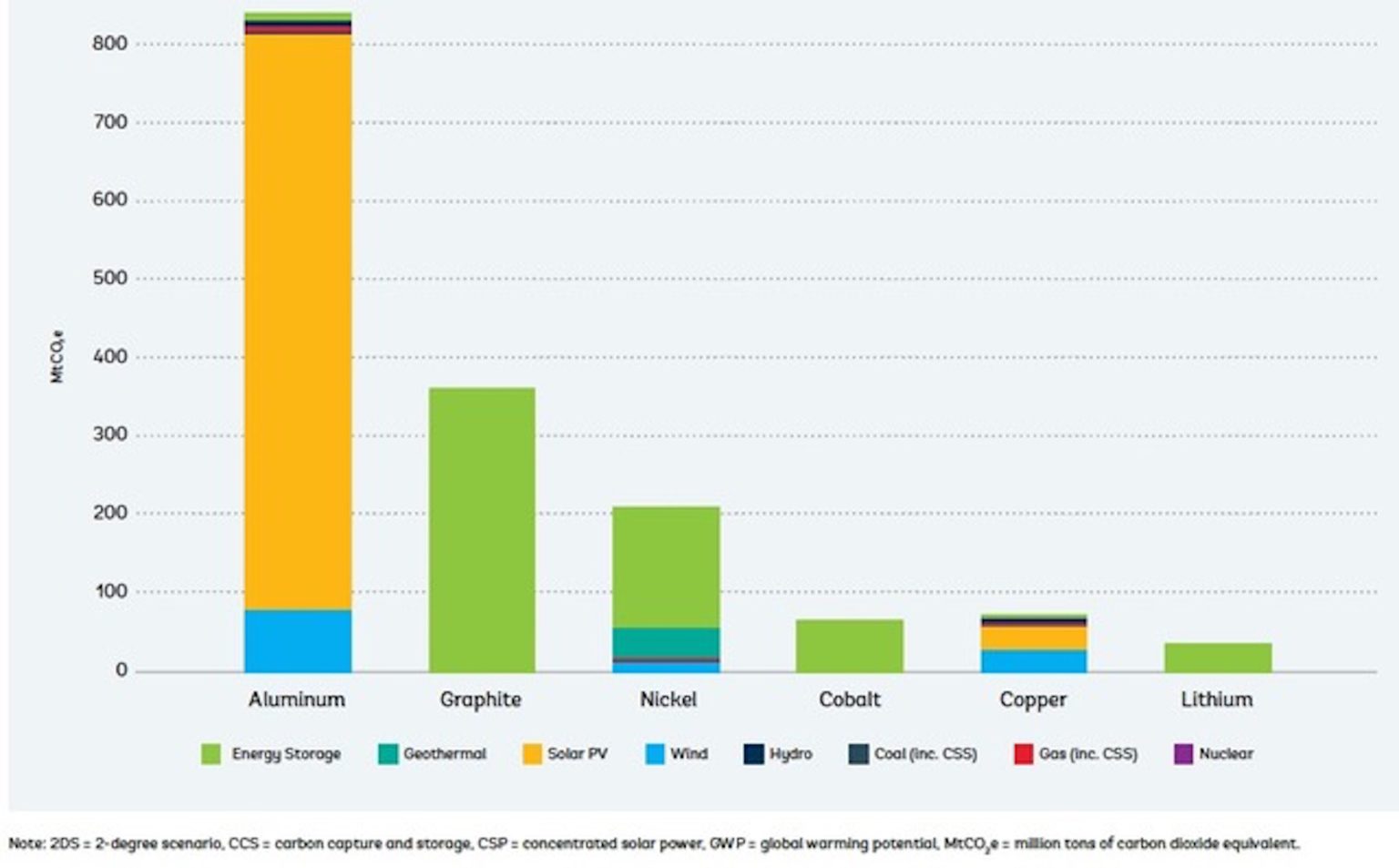 Nevertheless the hunger for these materials is already causing a massive expansion in mining.

What can help reduce the impacts?

The mining sector accounts for up to 11 per cent of the world’s total energy consumption.

Substitution of different minerals or technologies for the same effect could have strong impacts on the demand for individual minerals, says the World Bank in its report.

But what influences this besides technical improvements? To start with, companies can specify more recycled materials and ensure the reuse of minerals, and of their own surplus or waste products.

Recycling rates, both end of life and recycled content, currently vary greatly across minerals, so with some there is much room for improvement.

Companies in the mining and materials supply chain can also limit the carbon footprint of minerals by using renewable energy to produce them.

The mining community needs to be engaged by legislators to reduce its impacts. This could also be done using responsible procurement contracts.

The World Bank says that “greening the electricity sector will require that upstream- and downstream-related emissions are addressed”.

Limiting these emissions throughout the clean energy technology supply chain could provide double wins by creating jobs in resource-rich developing countries that supply these minerals.

The World Bank’s Climate-Smart Mining Initiative is working with governments, development partners, industries, and civil society to minimise the new emissions from a low-carbon transition.

This initiative aims to minimise the social, environmental, and climate footprint of the extraction and processing of minerals and metals throughout the value chain in line with the UN Sustainable Development Goals.

But this will only go so far. Beyond that we’re going to need much better integration of national and international decarbonisation plans.

A fable of cables 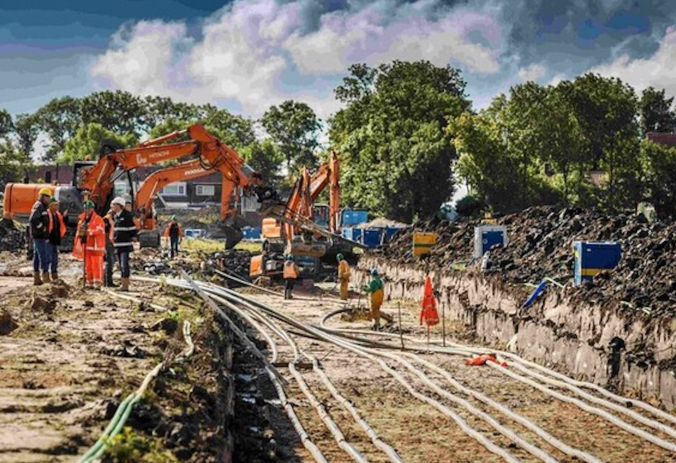 Take cables as an example, not something you often think about. “Submarine and underground cable technologies are pivotal to empower renewable based electrification.” says Dr Volker Wendt, secretary-general of Europacable, the association of Europe’s wire and cable manufacturers. “That’s why Europacable has joined the Renewables Grid Initiative.”

This European initiative has recently started to identify necessary actions and solutions across the European energy system to reach the continent’s climate and energy targets. 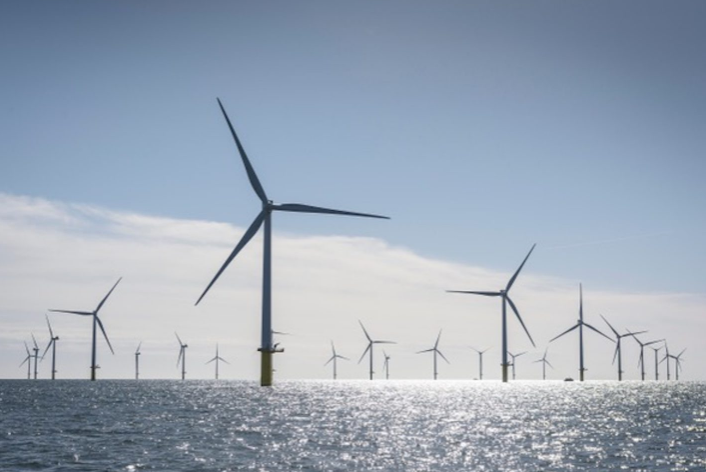 The North Sea is getting crowded. With the demise of oil and gas extraction, offshore wind farms are mushrooming, being constructed by the countries that surround the sea.

To get that energy to the shores requires cables, transmission technology and transformers.

“Currently, over half of all grid expansion plans for the coming decade are expected to be submarine or underground cables,” Volker says.

About 24,000 kilometres of overhead lines, 25,000 km of submarine cables and about 8000 km of underground cables are needed.

To minimise the use of cables there needs to be a more joined up and holistic approach among developers.

“We need to crack open silos,” Volker says. “We need to think together about renewable power generation centres, offshore and onshore grid upgrading and expansion including understanding the contributions of flexibility options, digitalisation and other technologies. Only in this way we can optimise resources and reach the decarbonisation targets.”

This is a challenge. There are at least 50 high-profile industry initiatives with over 500 participants plus a significant number of localised parallel initiatives, including 16 key groups actively progressing offshore network integration, according to a new report from the Institution of Engineering and Technology: Offshore energy infrastructure landscaping – UK and neighbouring waters.

It finds that there is surprisingly little overlap between these groups.

Integrating their operations would result in “a 50 per cent reduction in cables and onshore landing points, although new cable landing points would be larger”, it concludes.

Lessons can be learned from the Baltic Sea, whose bordering countries (Poland, Germany, Denmark, Sweden, Finland, Lithuania, Estonia and Latvia) signed a joint declaration to accelerate the development of offshore wind energy there last September.

This shows that great savings can be made in a market where there is no market competition and generation, and transmission owners can work together to develop a coordinated multipurpose system.

As an illustration of what international cooperation can achieve, Denmark is building an island in the North Sea to gather and distribute electricity from wind energy farms to Germany.

In countries that have deregulated the electricity sector we find a separation of owners who have an overall energy and zero carbon objective, and owners who are simply operating an asset for an income.

This is also found in the oil and gas sector, where some parties have a carbon development agenda, and others are simply operating an asset to end of life.

These players have little interest in whole life environmental savings.

The UK has a deregulated market, but it’s now discovering that this is a hindrance.

The above World Bank report advised that “deploying renewable energy technologies without taking into account the mineral demand risks and the additional carbon emissions from upstream and EOL activities may hinder rather than accelerate progress”.

Energy efficiency is the solution

It’s regrettable that there’s hardly any mention in the above reports of the one sure-fire way to reduce the need for minerals and the costs of their extraction and processing: energy efficiency.

It documents “a plunge in investments in energy-efficient buildings, equipment and vehicles amid the economic crisis triggered by the pandemic”.

And the rest of the world is lagging far behind Europe, which accounts for 86 per cent of announced public funding for energy efficiency worldwide.

“I’m very concerned that improvements in global energy efficiency are now at their slowest rate in a decade,” said Dr Fatih Birol, the executive director of the IEA when the report was launched.

“Energy efficiency should be at the top of to-do lists for governments pursuing a sustainable recovery – it is a jobs machine, it gets economic activity going, it saves consumers money, it modernises vital infrastructure and it reduces emissions. There’s no excuse not to put far more resources behind it.”

And if we needed to use less energy to achieve the same results, it would also reduce the need for many of those minerals, metals and that concrete required to supply the renewable energy of the future.

David Thorpe is the author of Energy Management in Industry and ‘‘One Planet’ Cities: Sustaining Humanity within Planetary Limits and Director of the One Planet Centre Community Interest Company in the UK.

Energy sector should act as a model for decarbonising the market.