Their Islands Are Being Eroded. So Are Their Human Rights, They Say. 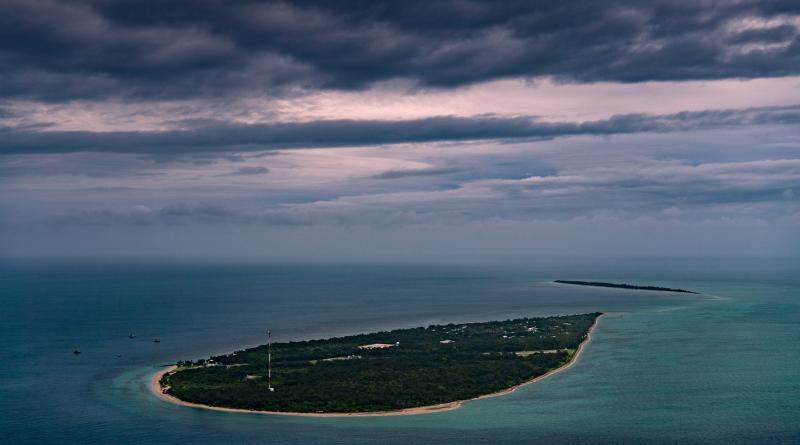 Indigenous Australians from low-lying islands in the Torres Strait argue that the government, by failing to act on climate change, has violated their fundamental right to maintain their culture.

MASIG ISLAND, Australia — Every weekend, Yessie Mosby visits the sandy, washed-out graves of his ancestors to gather their scattered bones. Their shallow burial place, just yards from the shore of Masig Island, north of mainland Australia, has been eroded by rising seas.

“Other parents around the world go to the beach with their kids and pick up shells,” Mr. Mosby, 37, a craftsman and father of five, said as he moved fragments of his sixth great-grandmother’s bones to a spot beneath a coconut tree. “We pick up remains.”

The lives of the people here are tied to the island, one of 18 spits of earth in the Torres Strait inhabited by Indigenous Australians. It holds the histories of those who came before; it protects and nourishes. But as climate change pushes the tides ever higher, these islands, and their ancient culture, are at risk of vanishing.

So Mr. Mosby, and seven other Torres Strait Islanders, are taking action.

In a landmark claim to be submitted on Monday at the United Nations, they argue that Australia, by failing to take adequate steps to reduce carbon emissions, has violated their fundamental human rights, including the right to maintain their culture.

The action is part of a burgeoning movement in which litigants, including a group of 21 young people in the United States, have made the novel argument that governments face a fundamental duty to ensure a livable environment.

But the Australians’ argument is the first to seek the weight of the United Nations behind such a climate claim, and it could set a precedent for how the populations most vulnerable to the effects of global warming can seek redress under international law.

It is also the first time that the Australian government — which has failed to meet emissions reduction targets and continues to approve embattled coal mine projects — has faced climate change litigation that asserts a human rights violation. The claimants call on the country to help fund sea walls and other infrastructure that might save the Torres Strait Islands, which have a population of about 4,500, and to meet the emissions targets set under the Paris climate agreement.

I have felt hopelessness over climate change. Here is how we move past the immense grief.