Texas freeze shows a chilling truth – how the rich use climate change to divide us. 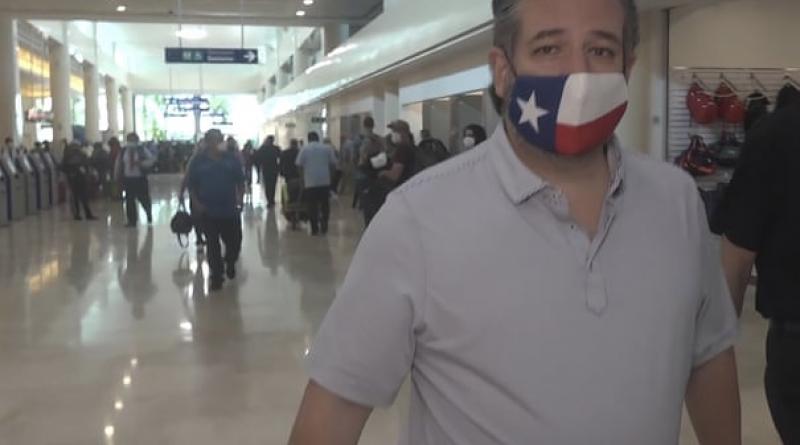 The Lone Star State is aptly named. If you’re not part of the Republican oil elite with Cruz and Abbott, you’re on your own.

Texas has long represented a wild west individualism that elevates personal freedom – this week, the freedom to freeze – above all else.

The state’s prevailing social Darwinism was expressed most succinctly by the mayor of Colorado City, who accused his constituents – trapped in near sub-zero temperatures and complaining about lack of heat, electricity and drinkable water – of being the “lazy” products of a “socialist government”, adding “I’m sick and tired of people looking for a damn handout!” and predicting “only the strong will survive and the weak will perish”.

Texas has the third-highest number of billionaires in America, most of them oil tycoons. Last week, the laissez-faire state energy market delivered a bonanza to oil and gas producers that managed to keep production going during the freeze. It was “like hitting the jackpot”, boasted the president of Comstock Resources on an earnings call. Jerry Jones, billionaire owner of the Dallas Cowboys, holds a majority of Comstock’s shares.

But most other Texans were marooned. Some did perish.

The Electric Reliability Council of Texas, which manages the flow of electric power, exempted affluent downtowns from outages, leaving thriving parts of Austin, Dallas and Houston brightly lit while pushing less affluent precincts into the dark and cold.

Like the poor across America and much of the world, poor Texans are getting hammered by climate change. Many inhabit substandard homes, lacking proper insulation. The very poor occupy trailers or tents, or camp out in their cars. Lower-income communities are located close to refineries and other industrial sites that release added pollutants when they shut or restart.

In Texas, for-profit energy companies have no incentive to prepare for extreme weather or maintain spare capacity. Even if they’re able to handle surges in demand, prices go through the roof and poorer households are hit hard. If they can’t pay, they’re cut off.

Rich Texans take spikes in energy prices in their stride. If the electric grid goes down, private generators kick in. In a pinch – as last week – they check into hotels or leave town. On Wednesday night, as millions of his constituents remained without power and heat, Senator Ted Cruz flew to Cancún, Mexico for a family vacation. Their Houston home was “FREEZING” – as his wife put it.

Climate change, Covid-19 and jobs are together splitting Americans by class more profoundly than Americans are split by politics. The white working class is taking as much of a beating as most Black and Latino people.

Yet the white working class has been seduced by conservative Republicans and Trump cultists, of which Texas has an abundance, into believing that what’s good for Black and Latino people is bad for them, and that whites are, or should be, on the winning side of the social Darwinian contest.

White grievance helps keep Republicans in power, protecting their rich patrons from a majority that might otherwise join to demand what they need – such as heat, electricity, water and reliable sources of power.

Lower-income Texans, white as well as Black and Latino, are taking it on the chin in many other ways. Texas is one of the few states that hasn’t expanded Medicaid under the Affordable Care Act, leaving the share of Texans without health insurance twice the national average, the largest uninsured population of any state. Texas has double the national average of children in poverty and a higher rate of unemployment than the nation’s average.

And although Texans have suffered multiple natural disasters stemming from climate change, Texas Republicans are dead set against a Green New Deal that would help reduce the horrific impacts.

Last Wednesday, Texas’s governor, Greg Abbott, went on Fox News to proclaim, absurdly, that what happened to his state “shows how the Green New Deal would be a deadly deal for the United States”. Abbott blamed the power failure on the fact that “wind and solar got shut down”.

Rubbish. The loss of power from frozen coal-fired and natural gas plants was six times larger than the dent caused by frozen wind turbines. Texans froze because deregulation and a profit-driven free market created an electric grid utterly unprepared for climate change.

In Texas, oil tycoons are the only winners from climate change. Everyone else is losing badly. Adapting to extreme weather is necessary but it’s no substitute for cutting emissions, which Texas is loath to do. Not even the Lone Star state should protect the freedom to freeze.