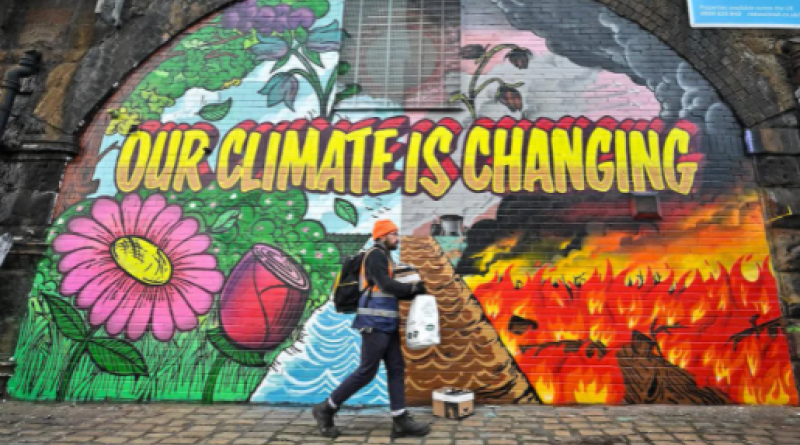 The 26th UN Climate Change Conference of the Parties (COP26) — the most important international climate conference since the one that resulted in the Paris agreement more than five years ago — began in Glasgow Sunday.

The conference comes on the heels of one global emergency and looks to lessen another. It was already delayed by one year because of the coronavirus pandemic and comes as nations and economies look to recover from the damage done by the new disease. Its outcome could go a long way towards determining if that recovery is in line with protecting ecosystems and communities from the worst impacts of the climate crisis.

"This is not just one more international meeting where a bunch of heads of state get together and, 'Blah, blah, blah,' as Greta Thungerg memorably put it not long ago," Covering Climate Now (CCNow) executive director Mark Hertsgaard said in a press conference. Instead, there will be "history making decisions and negotiations that happen there."

So what exactly are the decisions to look out for in the next two weeks before the conference concludes November 12?

The theme of COP26 is to "keep 1.5 alive," which means honoring the most ambitious Paris agreement goal of limiting global warming to 1.5 degrees Celsius above pre-industrial levels.

The Intergovernmental Panel on Climate Change (IPCC) warned in 2018 that there is a big difference between 1.5 and two degrees of warming. That 0.5 degrees could prevent approximately four inches of sea level rise, keep hundreds of millions of people from poverty by mid-century and be the difference between losing 70 to 90 percent of tropical coral reefs or a full 99 percent.

"By reference," Hertsgaard said, "we're now at 1.1 and look around, we can see that the extreme weather events that are already happening around the world are pretty hard to take, and a certain amount of that is already locked in going forward, so the test for humanity is can we keep it to 1.5, that's what these negotiations are about in Glasgow."

Whether or not warming is limited to 1.5 degrees depends on the nationally determined contributions (NDCs) that countries submit announcing their emission-reduction goals. However, the latest UN Emissions Gap report found that currently-announced NDCs put the world on track for 2.7 degrees Celsius of warming by 2100. The many pledges to reach net-zero emissions by 2050 would limit warming to 2.2 degrees Celsius by 2100, but the current 2030 targets do not set G20 countries on a path to net zero.

There is a major climate justice component to limiting warming to 1.5 degrees. G20 countries are responsible for 80 percent of greenhouse gas emissions, while many developing countries that have done less to contribute to the overall crisis are especially vulnerable to its effects.

"It is imperative that particularly the big emitters and those who are continuing to fuel their economy, no pun intended, with non-renewable energy sources... begin to move more aggressively towards cutting emissions," he said. "Otherwise, if we continue to put profit before people, and politics before action, we all will suffer one way or another."

These nations, World Resources Institute (WRI) vice president for climate and economics Helen Mountford said in another press call, "really should come back more urgently as soon as possible."

Another major climate justice question that will be discussed at COP26 is the question of climate finance.

WRI President and CEO Ani Dasgupta said that one major qualification for a successful conference would be, "Will developed countries bring approaches to appropriate levels of finance to support developing countries?"

In particular, developed countries had promised $100 billion a year in climate finance to help developing countries both reduce emissions and adapt to the climate crisis by 2020. Dasgupta said fulfilling this goal was important both materially and as a signal of trust and solidarity between nations. However, the most recent finance plan released by the UK ahead of the climate talks it is hosting said that the money would not likely be delivered until 2023, as BBC News reported.

This doesn't mean the timeline can't be moved up during negotiations.

"It can be adjusted and it must if we need to," Transforma executive director Maria Laura Rojas Vallejo said in the ACT2025 press call.

However, she also said the discussion of climate finance needed to move forward.

"The conversation on finance really needs to start to shift from just the provision of those $100 billion to actually what needs to be done so that all financial flows are consistent with the long term goals," she said.

Specifically, article 2.1C of the Paris agreement says that financial flows between nations need to be in keeping with reducing emissions sufficiently and helping poorer countries adapt, something that will really cost trillions of dollars annually, as Nature pointed out.

The COP26 negotiations will also determine the rules that will govern the further implementation of the Paris agreement.

"Progress has been made through the last six years, but there's still some work to be done," Manilla Observatory executive director Tony La Viña said during the ACT2025 call.

"I'm semi-optimistic about the rules because this is the kind of thing that parties and negotiators are familiar with," La Viña said.

Understanding what is at stake, is there hope for a COP26 that really will keep 1.5 alive while delivering climate justice to vulnerable countries that have done the least to contribute to the problem?

The G20 summit this weekend, which led into the talks, delivered mixed results. The nations acknowledged the importance of reducing emissions this decade and reaching net zero around 2050 and promised for the first time to stop international financing of unabated coal plants abroad. However, climate activists said the nations' statement was light on concrete commitments, and they set no date for phasing out domestic coal or fossil fuel subsidies, as Reuters reported.

"For the first time, G20 leaders collectively recognized the importance of reaching net-zero emissions by or around mid-century," Mountford said in a statement emailed to EcoWatch. "It is impressive that 90% of G20 countries have now indicated some intention to reach net-zero, which would have been unfathomable just a few years ago. To keep the 1.5°C goal within reach, countries need to set 2030 climate targets that chart a realistic pathway to deliver these net-zero commitments. Currently, a number of G20 countries are not on a credible trajectory to reach their net-zero goals, including Australia, Russia, China, Saudi Arabia, Brazil and Turkey."

Overall, Hertsgaard said the history of the Paris agreement itself offered hope for these next crucial negotiations and proved that COPs can make a difference. That agreement, he said, is the reason why everyone is talking about 1.5 degrees in the first place.

"That was because of a big push from the Global South countries and especially the civil society groups and the governments of the most vulnerable countries around the world to climate change," he said. "They forced 1.5 into that Paris agreement."

What happened at Cop26 – DAY ONE at a glance

What happened at Cop26 – DAY TWO at a glance