Summer of the cannibal rats! Hungry, aggressive, highly fertile – and coming to our homes. 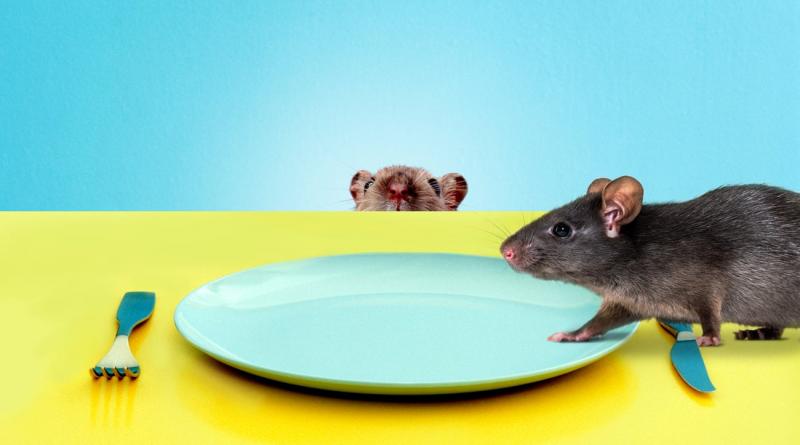 With restaurants closed and less food discarded on UK streets, rats have had to find new places to feed. Luckily for them, people are eating more in their houses, flats and gardens …

Lockdown has been hard for rodents whose fortunes are tied to those of humans. When restaurants closed, and city streets and back alleys emptied of people and their waste, rats lost a plentiful supply of food. So they followed us home, foraging and breeding in our gardens, drains and household voids. They became more brazen and aggressive. And, when that wasn’t enough, they began to eat each other.

Cannibal rats are among the grimmest consequences of the upending of urban life. In the US, the Centers for Disease Control and Prevention have warned of “unusual or aggressive” behaviour in rats, including the eating of rat pups.

This probably shouldn’t come as a surprise, given that cannibalism is common among mammals in extremis. “Mothers will eat their young in the hope of one day being able to reproduce again,” says Steve Belmain, a professor of ecology at the Natural Resources Institute in Kent, and the UK’s leading rat academic. “If there’s not enough food to take care of herself, she won’t kill herself looking after them.”

Bill Lane-Petter, a pre-eminent postwar rodent expert and lab rat specialist, observed in 1968 that malnutrition in rodents can produce a “perversion” in the dam, or mother. “This will lead her, as well as other adult or growing animals in the cage, to devour carcasses, and even to attack and kill the young in order to eat them.”

Even more horrifyingly to human ears, cannibalism, Lane-Petter went on, “may develop as a vice. Whisker-eating in mice is not uncommon; it can go on to ear- or toe-chewing, and, from there to total cannibalism.”

Cannibalism aside, Britain’s pest control firms have reported a surge in demand. Rentokil has noted an almost 80% increase in visits to its website compared with this time last year. The company said the warm winter kept rat populations high, adding to the pressure on the animals. Meanwhile, our homes are offering richer pickings because we are eating in and gardening more.

“We’ve noticed more activity around compost bins, as people in lockdown are composting far more,” says Paul Bates of Cleankill, a Croydon firm whose domestic rat call-outs are up 20% compared with last year. With daily replenishment and no limit on consumption, an unsecured vegetable waste bin is a Pizza Hut salad buffet for a rat.

Bates says rats have become bolder in attempting to enter our homes, competing with the mice that are our more common housemates. Rats crawl up drains and gnaw through plastic piping. They can swim into toilet bowls. Demand is high for “rat flaps” – spiked one-way gates for waste pipes that stop rats coming in while letting, well, stuff flow out.

“Customers have all commented on how much braver and more brazen the rats have become,” says Nick Woodroffe of Peak Pest Control in Derbyshire, where homebound rats are missing the detritus of tourism in Bakewell and Buxton.

Mike Flynn, the boss of Alpha Pest Control in Stoke-on-Trent, remembers a recent call to a house where the father had seen a rat going from the upstairs landing into a toddler’s bedroom. He’d searched the room for the animal’s hiding place without success. “We arrived and did probably the same search, but no one had thought to look in the cot,” Flynn says. “I remember picking up the pillow and being just as horrified as the rat that stared back at me.” A chase ensued – and a decisive blow to the head.

Belmain is receiving dozens of emails from homeowners with rat problems. Some have cats that are catching more rats as the urban food chain shifts. Flynn says cats – often seen as free pest control – don’t always help. Rats love catflaps. And cats that enjoy catching and toying with rats can give them a lift indoors, where those with non-lethal injuries can recover to make a new home. Flynn recommends flaps unlocked by smart cat collars that are also equipped with bells to scare off would-be prey.

The feeding of any animals in gardens, including foxes and birds, is an invitation to rodent intruders. Decking creates a lovely home for garden rats, while chicken coops are rat Disneyland. Flynn, who used to advise the government on infestations in food stockpiles, was once called out to a commercial chicken house containing 16,000 free-range birds. There were more than 3,000 rats living in it, gorging on guano.

Cleankill was recently called out to a garage where a motor home was being stored. Rats were swarming in the engine compartment and eating the fabric that covered the seats in which they had nested. The firm was able to evict the squatters before they moved on to the house.

Hungry rats are more likely to be aggressive. In 2016, a councillor in Cork said an elderly man had told him he had been bitten on the backside by a rat while using his loo after local flooding. “I would advise homeowners to keep their toilet seats down when not in use, and to watch their posteriors,” Noel Collins told the city’s Evening Echo.

Flynn was once called out to a museum on a routine visit, where he learned that the night security guard had taken to feeding rats. “He got them to come closer and closer to his office using bits of his dinner,” Flynn recalls. “He managed to entice one inside. It promptly attacked him and bit him. He needed hospital treatment for his wound.”

Belmain fell into the rat field by accident. He was an insect guy before work in rural areas in developing countries left him fascinated by the scale of rodent infestations, rat behaviour – and the relationship between humans and rats. “You have to be part natural scientist and part anthropologist to understand rats,” he says.

Rat research was much bigger after the second world war, during a quest for an effective poison. Rats have evolved to be wary of unfamiliar food, and had learned to stop eating poisons that made them immediately ill before they received a lethal dose. Scientists then discovered that anticoagulants worked better because they took days to thin the blood, causing internal organs to haemorrhage. Hapless rats would come back for more.

Warfarin-based rat poison, the development of which gave rise to treatment for blood clots and strokes in humans, remains the standard for councils and pest controllers. Part of Belmain’s work, mainly still in developing countries, is now to consider the less desirable effects of poisoning on the food chain, including in birds of prey.

He also researches the bubonic plague and the age-old role of rats as disease carriers. “We’re taught to be fearful of them; it’s ingrained in our culture,” he says. It’s perhaps no surprise that reports of marauding, bottom-biting cannibal rats strike fear into the heart during a global health crisis. The first sign of a pandemic in Albert Camus’ 1947 novel La Peste (The Plague), sales of which have been healthy in lockdown, is a swarming of rats from the sewers.

Yet other rodents can do more damage in the home. Grey squirrels, which are often found in loft space, can chomp through wires and insulation, and contaminate water tanks. And yes, they’ll also eat each other if they need to. “Rats are just squirrels with bald tails,” says Paul Gowland of Cobra North East, a pest control company in Sunderland. “One gets all the nice stuff; the other is vilified.”

Rats can breed at an astonishing rate when times become less lean. They can conceive as soon as they give birth, and then deliver the next litter while still weaning the first. Young rats start to reproduce after two or three months. “The population has declined in the past few months but as soon as the restaurants reopen, I think they’ll find their old habitats again,” Belmain says. “They’ll get back to normal, probably, before we do.”