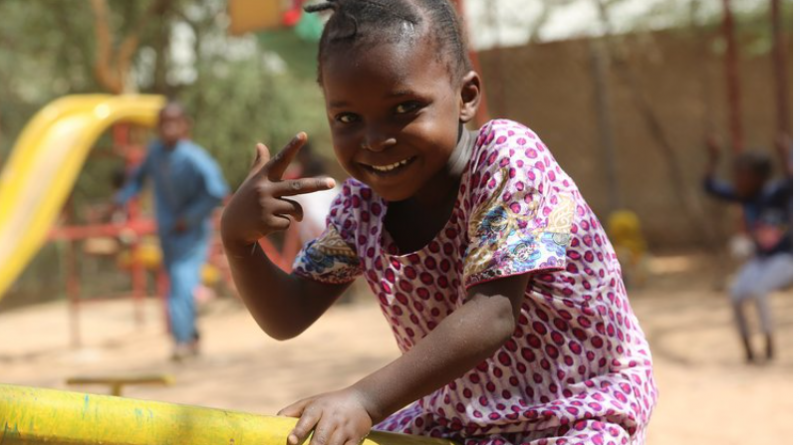 Beating the anti-immigrant drum does nothing to help climate action.

Exaggerated predictions for future flows of people have long formed the core of the anti-immigration playbook. When you add the impacts of climate change to the equation, the numbers skyrocket.

Experts agree there is a relationship between climate change and human mobility. As early as 1990, the Intergovernmental Panel on Climate Change, the world’s principal scientific body on climate change, deemed mass migration a key risk associated with rising global temperatures. Since then, scientists have amassed an impressive amount of diverse data and complex knowledge on how impacts of climate change, from sea-level rise to drought and desertification, can affect the ways people move. Yet, above all else, people want headline numbers. The future scale of displacement is seen to give weight to the issue. Predictions of how many people will be displaced in the future by climate change are what continually gain traction in the media, and, therefore, grab public attention. Over the past three decades, several reports have offered up predictions for how many people will be forced to move, typically delivering a figure in the hundreds of millions. More often than not – and much to the chagrin of experts on the topic – the predictions are little more than guesstimates motivated by the goal of shocking people into climate action.  Scientific rigour takes a back seat.

Those of us who have made careers in the academic nuance of climate change and human mobility tend to work hard not to auction our expertise to media outlets desperate to peddle people who move as a homogenous bloc to be feared. And yet our careers tend to be punctuated by the frustration foisted on us by these high profile reports – often from well meaning environmentalists – being picked up by the press, and transformed into yet more scare stories about ‘immigrants’ to the West.

The latest, published in the Institute for Economics and Peace’s ‘Ecological Threat Register 2020’, claims that a staggering 1.2 billion people could and indeed will be displaced due to “ecological threats” by 2050. Major news outlets like the Guardian, the Independent, the New York Times, Reuters and CNN have all run stories on the 1.2 billion people to be displaced by the climate crisis, without ever stopping to question the number. In fact, the report’s conclusions have been uncritically reproduced practically across the board despite significant flaws.

Far from anything resembling credible science, the 1.2 billion  figure is arrived at through manipulation and misrepresentation of data that might as well have been worked out on the back of an envelope. This discredits both the data that the report misuses and the work of reputable modellers who are developing robust, albeit less sensationalist, predictions.

Within the report a graph depicts the global displacement trajectory: a line climbs swiftly and steadily from some 20 million displaced in 2008 to 1.2 billion in 2050. This is no accident: the report blatantly misuses statistics on annual, new internal displacement from the Internal Displacement Monitoring Center (IDMC) to paint an exaggeratedly alarming picture. If we look back at how recent years are presented in the graph, the trick is cumulative. IDMC estimates that 46 million people are currently displaced within their own country. The report places displacements in 2019 closer to the 400 million mark.

With contemporary data already skewed, the future prognosis cannot be anything but fiction.

A threat to Europe

Another central tenet of research on climate change and human mobility – that the majority of people forced to leave their homes stay in their home country – is also conveniently brushed aside. Although the authors only consider internal displacement statistics in their calculation, they emphasise the adverse effects that huge numbers of migrants and refugees will have on developed regions, in particular Europe. It is presented so as to spark fear of a dystopian world in which the Global North is overrun by people fleeing the Global South, bringing with them chaos, conflict, and destabilising (largely White) democracies.

The Institute for Economics and Peace claims that while Europe has higher capacity to cope with ecological threats, it will not be ‘immune’ from flows of refugees (an interesting choice of words in the midst of a global pandemic). It warns that 1.2 billion people on the move will “cause considerable unrest and shift political systems” in Europe, calling upon the so-called ‘European migrant crisis’ beginning in the second half of 2015 as a harbinger.

In an ironic twist, the report blames the arrival of 2 million Syrians and Iraqis for a rise in populism in Europe, fuelling “the rise of new political parties, increased hostilities to immigrants and heightened political instability”. This is a clear example of blaming the discriminated for their discrimination rather than broaching the uncomfortable reality of socially entrenched racism and xenophobia.

Often, we see populists and right-wing political parties espousing this constructed immigrant threat, blaming people from the Global South for stretched welfare states and health systems in the global North, presenting them as a danger to existing belief systems and values and as a potential source of terrorism and gender-based violence. This kind of xenophobic rhetoric is easy to spot. But sometimes a wolf is dressed in ‘liberal’ and ‘scientific’ clothing. Reports such as the Ecological Threat Register may take a subtler tone, but they are playing off of and feeding into these fears.

And that is the crux of such reports: it’s not the changes in climate and the floods, heatwaves, extreme weather events, droughts and forest fires that are to be feared. The object of fear is the ‘Other’, people forced to flee their homes as a result of these changes who travel to ‘our’ shores. Despite summer heatwaves in cities across Europe and associated mortality, wildfires in the United States that have reduced entire communities to ashes, and recurring floods affecting the same communities again and again, the Global North is more scared of boats of people traversing the Mediterranean Sea, of people clandestinely moving across its land borders, and scaling walls built to keep them out. In this worldview, the ecological threat isn’t ecological at all – it’s human.

Of course not every articulation of displacement in the context of climate change has a malicious background. Environmental activists and humanitarians, too, draw upon these predictions as leverage to agitate for more action to counter climate change: Swedish activist Greta Thunberg tweeted this report’s figures to urge us to #facetheclimateemergency. However, contrary to their well-meaning aims, there is no evidence that concerns for displaced people lead concerted climate action.

What such misleading predictions do achieve is the entrenchment of anti-immigrant sentiments that seep into policy frameworks and are subsequently difficult to change. We call for climate action, but get anti-immigrant action. For Europe, this is translating into the strengthening of the European Border Agency FRONTEX, financially propping up camps to house the displaced in border regions, tying development assistance to a willingness to block migration routes, and even information campaigns to dissuade people from pursuing a new life in Europe.

And this is why we are so concerned about this report, and the narrative that comes with it. It provides fuel to the anti-immigrant fire; fuel that has been given a veneer of scientific rigour and can be used to argue for ever more restrictive immigration policy. It centres a European gaze on displacement, reducing the tragedy of people being displaced to a dehumanised question of scale and using them as another rhetorical weapon in the climate debate. We are talking about people’s lives. And if this is not the starting point of every conversation on climate change and displacement, then we are doing something wrong.